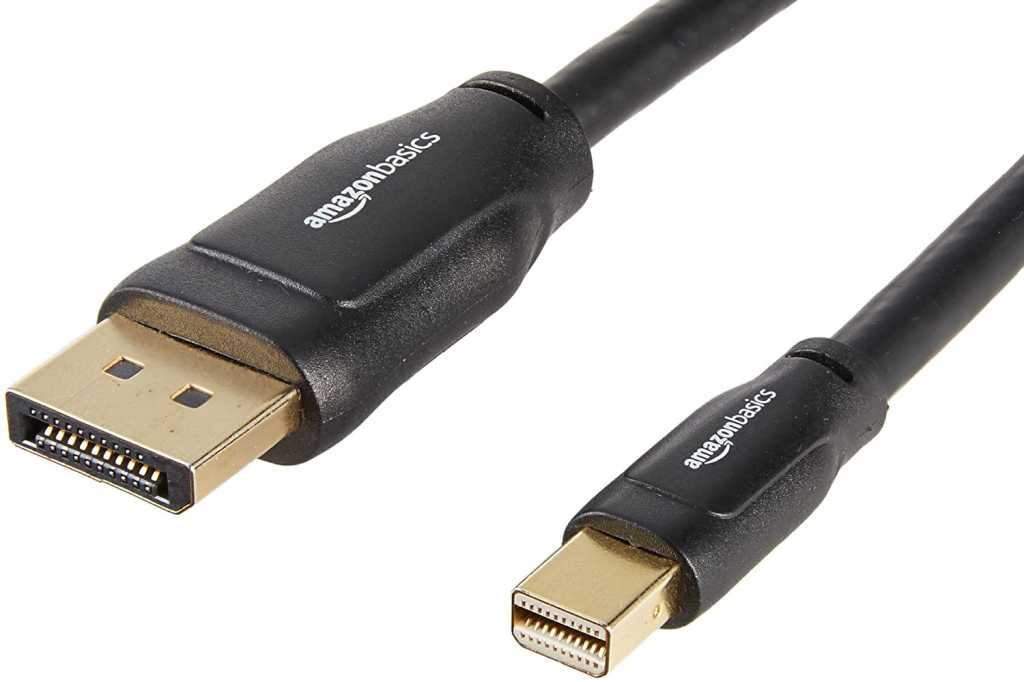 While Mac 911 receives a lot of email about connecting Apple’s old series of displays to new Thunderbolt 3 Macs via USB-C connections, it’s also possible to go the other direction: connect a new “USB-C” monitor to older Macs—so long as the monitor has multiple video ports. (We published a large FAQ on what you need to connect old displays to newer Macs.)

Many display makers advertise their newer monitors as “USB-C” models. And there’s no backwards compatibility from USB-C, whether that port offers Thunderbolt 3 or just USB, video, networking, and power. No manufacturers have created docks for Thunderbolt 2 that allow a USB-C connection. I’m not sure it’s even possible, but there’s simply not enough of a market for it if it were.

You can purchase USB-C to Mini DisplayPort adapters, but they don’t work in reverse: the host computer has to possess a USB-C controller on its motherboard to bundle the signal correctly from USB-C outward; a display adapter just accepts a signal wrapped in the right format and decodes it.

However, read the specs on a “USB-C” monitor, and you typically find that it also includes DisplayPort (full-sized) and HDMI. For instance, the 1080p 24-inch and 27-inch Dell monitors, P2419HC and P2719HC, include USB-C, DisplayPort, and HDMI.

Because these standards incorporate backwards compatibility, you just need to find a way to connect a Mac with Mini DisplayPort or Thunderbolt 2 to a DisplayPort or HDMI connection. (Find the specs for your Mac on the video dimensions it can output, however, to avoid the disappointment of spending the money on a monitor that you have to run at lower resolution than its maximum.)

However, if you plug a cable directly into an Apple Thunderbolt 2 port, it can be used to drive Mini DisplayPort-equipped monitors, as Apple notes on its lengthy ports page, a useful read for anyone trying to figure out compatibility across generations of Macs.

Mini DisplayPort-to-DisplayPort adapter and cables remain readily available. You can purchase something like the AmazonBasics cable ($10.99 for the six-foot version) to plug into a monitor jack. If the monitor has integral DisplayPort cable or you want to more easily swap a DisplayPort cable among devices, you can opt instead for a Benfei adapter ($9.59), which plugs into a Mini DisplayPort jack and offers a female DisplayPort connection.

If you want to use an HDMI connection instead or only have an HDMI port available or free on your monitor, a Mini DisplayPort-to-HDMI cable is also inexpensive. An AmazonBasics six-foot cable is just $10.47.

This Mac 911 article is in response to a question submitted by Macworld reader Faisel.