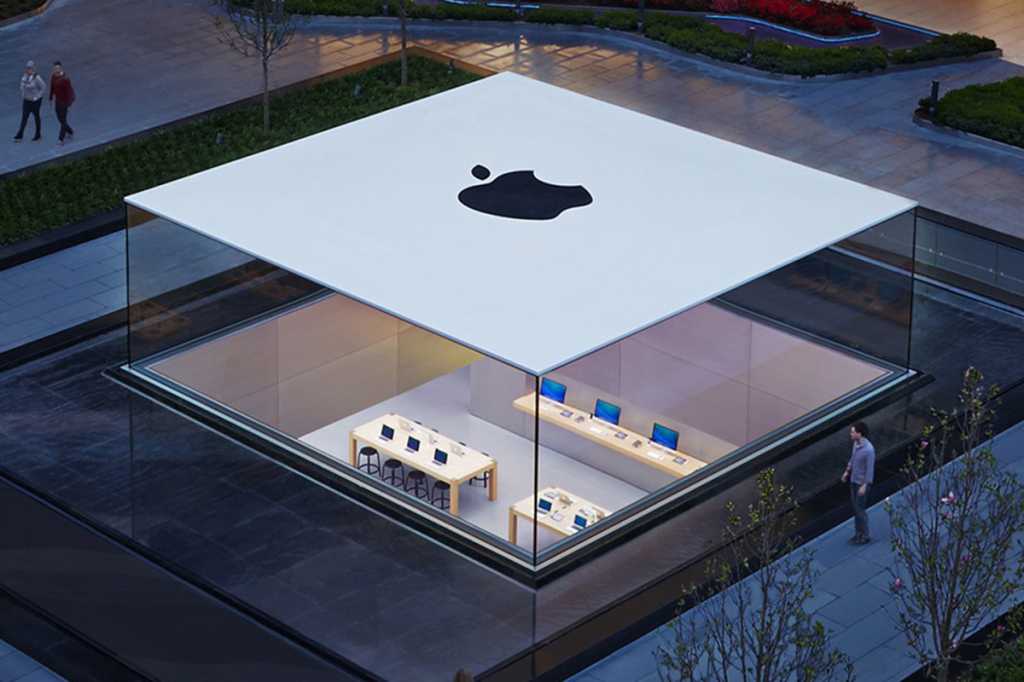 It was an unusual fiscal second quarter for Apple—and for basically everyone else on Earth, too, of course. But on Thursday we got a little bit of a sense of how Apple has weathered the storm so far and what might be in the company’s future, as Apple reported its quarterly results and spent an hour talking to financial analysts.

As always, these federally mandated disclosures are unlikely to generate major news—though analysts often try to use the Jedi Mind Trick on Apple CEO Tim Cook to get him to preannounce new products. (It never works.) Still, there’s usually something useful to be gleaned from Apple’s executives, and this quarter was no exception.

Optimism, but no promises

Cook said that the quarter was actually shaping up to be a good one, “headed toward the top end” of Apple’s initial projections made in late January. We all know what happened next, but Cook indicated that Apple’s business in China—which entered lockdown before the rest of the world and is now emerging from it—is now rebounding. “From a demand point of view, we saw an improvement in March over February,” Cook said. “And if you look at kind of where we are today, we’ve seen further improvement in April as compared to March.” And Apple Retail did well in China during the quarter despite closing its stores for a month, with a lot of demand just shifting over to online orders, in a move Cook called “really phenomenal.”

As for the rest of the world, Cook offered a little bit of optimism there, but of a different sort. He said that Apple saw some improvements in the second half of April in the rest of the world, but suggested that they were probably due to people realizing that the pandemic would be going on for the long haul and that they might want to invest in some new Apple equipment to use while working at home.

Still, the big news from Thursday was that Apple was refusing to provide guidance, a fairly standard procedure in which the company provides its best guess about how well it will do during the current quarter. Apple’s often accused of being overly conservative with its guidance, so that it can impress investors when it beats the prediction. Lately, though, the company has been more accurate with its predictions. But this time? No guidance at all.

“Given the lack of visibility and certainty in the near-term, we will not be issuing guidance for the coming quarter,” Cook said. “Over the long term, though, we have a high degree of confidence in the enduring strength of our business.” It’s a message of overall stability and confidence, but the refusal to even make a prediction about what numbers the company will release in late July shows just how uncertain it is about how the COVID-19 crisis will play out.

Apple is still chugging away

Another major theme Cook hit on during Thursday’s call was Apple’s own resilience as a company. The supply chain is “back up in full force,” Cook said. He pointed out that during trying times, the company managed to ship the iPhone SE, the iPad Pro and Magic Keyboard, and a revision of the MacBook Air.

“And so business continues,” Cook said. “We’re continuing to work, everybody is getting used to the work-at-home. In some areas of the company, people may be even more productive—in some other areas they’re not as productive. It’s mixed, depending upon what the roles are. But as you can tell from what we did this quarter, despite the environment, we have our head down and are working because we know that our customers want the products that we’ve got. They’re even more important in these times.”

I’m really curious what areas of Apple have been found to be more productive in a work-from-home setting, and which ones are seeing productivity declines. I’m even more curious if that will lead Apple to make some changes to its corporate policies over time, to allow more employees to work remotely rather than being clustered in Cupertino and other Apple product centers. I also have been around Apple long enough to know that we’ll probably never get the answer to either of those questions.

The weird quarter did nothing to stop the growth of Apple’s Services business, which grew 17 percent versus the year-ago quarter, the latest in a years-long streak of impressive growth. However, Apple CFO Luca Maestri made it clear that there are two different aspects to the Services business—one of which is largely unaffected by the COVID-19 crisis, and one of which is.

“Our ecosystem is very strong,” Maestri said, citing double-digit growth in the number of paid accounts. Apple expects the App Store, Apple TV+, Apple Music, and iCloud to continue growing “at the same level of performance that we have seen during the March quarter…. we expect all those businesses to grow very strongly.”

Then there’s the other part, which includes AppleCare and advertising. You may not think of AppleCare as a service, but it’s in the category—and in an era where retail stores are closed, it’s not doing very well. As for advertising, that’s a category that’s among the first to go during a global economic slowdown, and Apple does make some money from advertising—via search results in the App Store, in the Apple News app, and via other third-party agreements. That part of Apple’s Services business is not expected to soldier on through the crisis—it’ll fall. Whether it can do enough to slow the overall growth of the Services line remains to be seen.

Products buoyed by the crisis

In these times of crisis, some Apple products may see more success than others. Specifically, Cook and Maestri mentioned the iPad and Mac as products that will do well over the next fiscal quarter. “That’s customers that are either taking online education or working remotely,” Cook said. Maestri’s opening statement mentioned how “businesses everywhere have been making the transition to working remotely,” and cited the example of connected exercise-bike company Pelaton deploying “an entire fleet of Macs overnight so their team could work remotely.”

Cook also said that some of Apple’s services, most notably FaceTime and Messages, “set new all-time records for daily volume during this quarter,” which isn’t surprising given that we’ve all been trying to find new ways to stay connected to friends and family while being isolated.

There’s also some opportunity for Apple on the health front. Cook pointed out that the ECG function on the Apple Watch is increasingly being used for telemedicine, to reduce the amount of contact between health care providers and their patients. “You can bet that we’re looking at other areas in this,” Cook said. “We were already doing that, because… that area was a huge opportunity for the company and a way for us to help a lot of people. And so you will see us continue on that. I wouldn’t say that the health door opened wider, I would say it was already opened fairly wide.”

Rumors have swirled for years that Apple’s been toying with the idea of adding a pulse oximeter to the Apple Watch’s collection of sensors. Measuring the amount of oxygen in the blood has become a major diagnostic tool for COVID-19. You’ve got to wonder if Apple’s perfectly positioned to roll out new features like that in the near future, due to their long-term focus on health features.

When analyst Amit Daryanani of Evercore suggested that perhaps Apple’s manufacturing strategy could use a little bit of geographic diversity, with the implication that Apple’s too reliant on China. Cook pushed back, surprisingly hard.

“Our supply chain is global,” he said. “And so our products are truly made everywhere. And I would focus on that, versus focus on one element of the manufacturing process, which tends to get more visibility, which is the final assembly.” That’s not to say that Apple might not learn some things from this crisis and make changes to how it does business. “We’re always looking at tweaks… as we get out of this totally, we will look to see what we learned and what we should change,” Cook said.

Apple invests through the downturn

We are living through perhaps the biggest economic event of our lifetimes. Hard times can ruin some fortunes while building others. As of the end of March, Apple was sitting on a net cash hoard of $83 billion. It continues to buy back stock and provide cash dividends for its investors. And you’ve got to imagine that, if Apple finds ways to use that cash to buy key companies or technologies that are struggling during the downturn, it will do so.

“Nothing has changed on our approach” for mergers and acquisitions, Maestri said. “We’ve been quite active over the last several years. We purchase companies on a very regular basis. We’re always looking for ways to accelerate our product roadmaps or fill gaps in our portfolio, both on the hardware side, on the software side, on the services side. So we will continue to do that.”

Apple invested through the 2007 recession and ended up more powerful than ever before at the end of it. Having $83 billion saved away for a rainy day certainly does wonders for one’s confidence during trying times, doesn’t it? I’d imagine Apple will emerge into a post-COVID-19 world as an even bigger player on the scene.