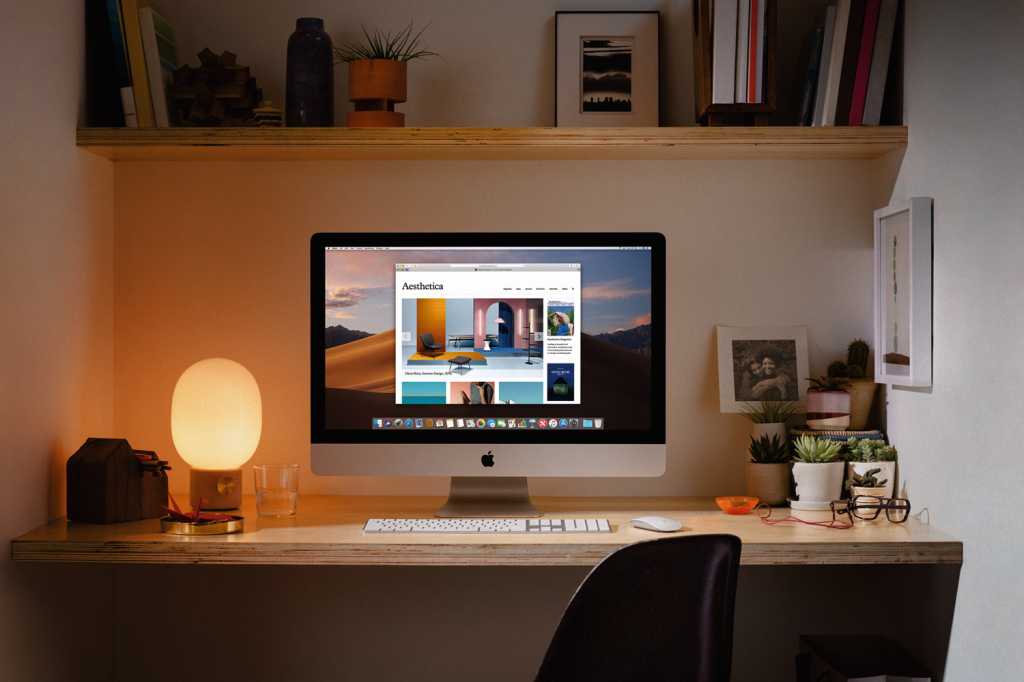 These last several weeks have meant a lot of adjustment for all of us, whether it be working from home, dealing with the challenges of childcare on top of our jobs, or simply not being able to connect with friends, family, and colleagues.

While technology is one resource that can potentially help with these challenges, there are definitely places where it either doesn’t go far enough, or, in some cases, where it just gets in the way.

In dealing with these changes like everybody else, I’ve definitely started to identify a few places in my post-pandemic life where Apple might be able to improve its technology, adapting it even better to this world we’re all living in.

The height of iMac design

Even before the current world situation, I spent a lot of time sitting at the desk in my office and working on my iMac—that’s where I’m writing this very column right now. And while I love this 27-inch 5K model from 2017, one thing I find frustrating about the design of Apple’s all-in-one desktop—which has been largely unchanged since the iMac G5 came out back in 2004—is its lack of physical adjustability.

I discovered this when I recently considered mounting the iMac on an arm on my desk, in order to have more flexible screen height adjustments. Currently, the iMac is sitting in an older version of Twelve South’s HiRise, which raises it from a totally untenable neck-cricking height to a barely passable height. But even the highest setting in the HiRise isn’t quite enough to bring the iMac’s display to where it should be ergonomically (at or just below my eye height). Especially as my desk is an adjustable sit-stand desk that I use in both configurations.

Unfortunately, it turns out that I can’t easily mount my iMac, because only the iMac Pro supports adding the VESA adapter that most mounts use—the iMac line requires you to specifically select a VESA-equipped unit at purchase.

The worst part is that Apple used to have an iMac that made this easy: the Pixar-lamp-esque iMac G4, which had an adjustable arm that let the display float above the computer’s guts. Admittedly, this would be trickier to use in the current generation of iMac, but frankly, we know it’s possible: after all, Apple built an amazingly adjustable arm into its thousand-dollar Pro Display XDR stand. Here’s hoping that what Apple learned from that experience can come back around to the consumer line.

Reports about the upcoming version of iOS suggest that Apple is trying to accommodate the many of us who are now wearing masks by having Face ID recognize face coverings and prompt users for a passcode more quickly. But, like many people, I use Face ID as an excuse to have a long, complex passcode that I don’t want to enter every single time I use the phone. Only now, when I’m be-masked at the grocery store or out on a walk, that insistence on security is coming back to bite me.

What I’d love to be able to do is set an alternate simple passcode that’s valid only in certain circumstances—taking a page from Apple’s excellent contextual Do Not Disturb feature. For example, before I set out on a walk, I could say “let me set my passcode to 1234 for the next hour.” Yes, if I drop my iPhone and somebody finds it, they have an up to an hour to crack my phone more easily—but, at the end of that time, the system should automatically should delete that temporary code, restoring my original, more complex passcode.

Such a feature could also take advantage of geofencing to limit the simple passcode to a certain location—such as the grocery store. That way I could make sure that my phone is secure and it’s convenient for me to open. (And since my current alternative is using Any List’s feature to keep the screen on all the time while I’m in the store, it’s not as though I’m being particularly secure now.)

This idea is, admittedly, a little more pie-in-the-sky, especially since it depends on technology that isn’t widely rolled out yet. But what if Apple could leverage the ultra wideband chip that it’s started to build into iPhones into detecting nearby devices—and thus, the people carrying them.

You could configure a “space bubble” of within six feet or so and have your device buzz and alert you when somebody else stepped into your personal space. Because the U1 chip can use a time-of-flight calculation to figure out how far away a similarly-equipped phone is, it ought to be able to figure out when somebody steps into your bubble—and faster and more reliably than using similar technology like Bluetooth or NFC. (This is essentially the same technology built in to Apple’s Find My service, and the company’s rumored AirTags.)

Likewise, if a hypothetical Apple-designed augmented reality headset incorporated a LIDAR sensor, as the most recent iPad Pro models do, it could be used to detect not just devices but people too. That said, such a device seems years away and let’s all hope that if it ever does get here, our need for such a feature will be a thing of the past.