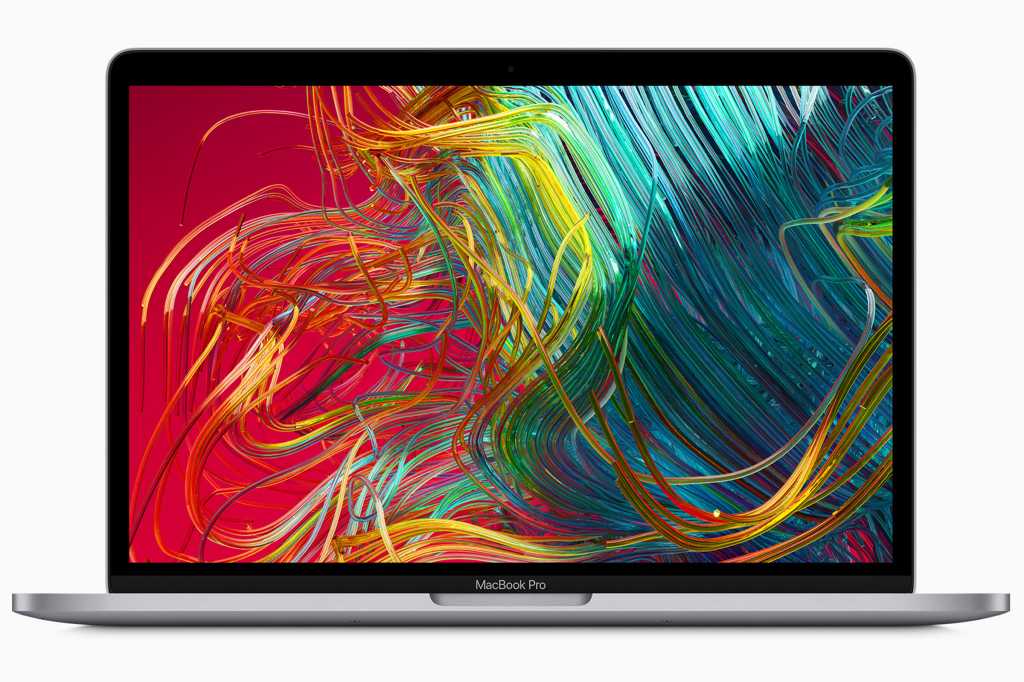 After long weeks of leaks and rumors, Apple has unveiled the new 13-inch MacBook Pro, bringing it up to date with the flagship 16-inch model that was released last year. As expected it brings a slew of important upgrades to Apple’s smallest professional notebook, but it still leaves room for improvement.

Here’s what we got in the latest upgrade, and what we still want in the future:

At long last, the 13-inch MacBook Pro has a proper keyboard. The much-maligned butterfly keyboard that was noisy and prone to stuck keys and other problems is officially dead and buried. Following the 16-inch MacBook Pro and the most recent MacBook Air, the 13-inch MacBook Pro sports Apple’s Magic Keyboard, with “a refined scissor mechanism with 1mm travel for a responsive, comfortable, and quiet typing experience.” That alone is worth the upgrade.

When Apple launched the 16-inch MacBook Pro last year, it brought more than a bigger screen. We also got “a completely redesigned six-speaker, high-fidelity sound system” with studio microphones and “Apple-patented force-canceling woofers [that] use dual opposed speaker drivers to reduce unwanted vibrations that distort sound.” Sadly, the new MacBook Pro has the same old stereo speakers with high dynamic range that sound fine but won’t be rattling any eardrums.

When the 13-inch MacBook Pro launched in 2016 with just 8GB of stock RAM, it was the absolute bare minimum needed to call it a professional machine. Nearly three years later, Apple has finally given its micro MacBook Pro an upgrade. While the two lowest models still get 8GB with a $100 16GB option, the higher-end configurations start at 16GB of RAM and are configurable to 32GB of RAM for an extra $400. That’s not quite as high as the 64GB in the 16-inch model, but we’ll take it.

You have to spend at least $1,799 to get four USB-C ports on the 13-inch MacBook Pro since the base models still only have two. And Apple hasn’t changed the layout either, so they’re both on the same side, which makes for some tricky cord management.

Got: Twice the storage

Just like the MacBook Air, Apple has doubled the storage on the 13-inch MacBook Pro across the board, so you’ll get 256GB with the entry-level models and 512GB with the higher configurations before you need to spend extra on upgrades. And now you can bump the storage all the way to 4TB on the higher models—but it’ll cost you $1,200 for the pleasure, nearly the cost of another MacBook Pro.

While Apple lowered the price of the new MacBook Air when it launched last month, the 13-inch MacBook Pro hasn’t gotten any cheaper. It still starts at $1,299 and goes up to $1,999 for standard configurations.

While the two entry-level models still sport 1.4GHz quad-core 8th-generation Intel Core i5 processors, Apple added newer 10th-gen Core i5 and i7 chips to the highest models for “up to 2.8 times faster performance” compared to the previous model. That’s nothing to sneeze at.

It’s befuddling that Apple saddled the more affordable configurations with last-gen chips, though.

Despite rumors of a larger screen, the new MacBook Pro has the same 13.3-inch 2560×1600 display. And where the 16-inch MacBook Pro brought skinnier bezels and a refined design that fit a larger screen into a similar body as the 15-inch model, the new 13-inch MacBook Pro has the exact same 11.97 x 8.36 x 0.59 inch dimensions as last year’s model. That means the bezels around the screen are just as thick as they were before and don’t adopt the new thinner bezels introduced with the 16-inch model. Alas.

We might not have gotten the AMD Radeon Pro graphics cards that are in the 16-inch models, but the new MacBook Pro still packs much-improved graphics options. If you upgrade to the higher-end models with four Thunderbolt ports, you’ll get new integrated Intel Iris Plus Graphics that deliver “up to 80 percent faster performance” over the previous Intel Iris Plus Graphics 655. That means you can connect it to the Pro Display XDR at full 6K if you happen to have an extra $5K lying around.

Apple doesn’t divulge the capacity of its batteries so we’ll have to wait for the teardown to see how big it is, but the new MacBook Pro gets the same battery estimates as the previous models: Up to 10 hours of wireless web and up to 10 hours of Apple TV app movie playback. There’s nothing wrong with those numbers, but we would’ve liked to see Apple eke out a couple more hours to make it a true all-day machine.