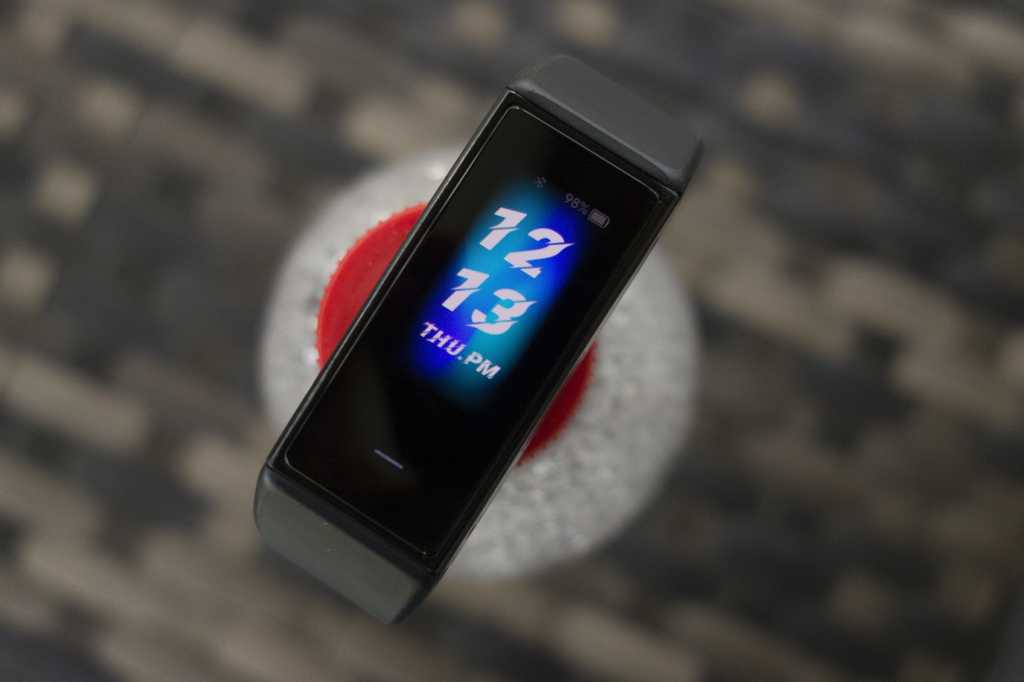 The Wyze band is extremely affordable and has a great screen and battery life, but its tracking and connectivity shortcomings spoil what could have been a great debut.

At first glance, it might seem like the $25 Wyze Band is superior in every way to the $100 Fitbit Inspire HR. It’s got the same fitness-tracking sensors and a similarly small body but brings a color display, two-week battery life, built-in Alexa, and of course, an extremely low price. But even though you can buy four Wyze Bands for the price of one Inspire HR, you’ll be better off paying more for a Fitbit.

Granted, Fitbit’s been in this game way longer, so it stands to reason that its products would be more polished. But even grading the Wyze Band on a curve, the Inspire HR still crushes it in every way, from fit to, well, bits. Case in point: while the Wyze Band’s full-color display is certainly prettier to look at than Fitbit’s monochrome tracker displays, it’s not nearly as responsive, whether you’re raising your wrist to see the time or swiping to see your stats.

But it’s not just little nagging things that keep the Wyze Band from reaching its full potential. Through my testing, it consistently miscounted my steps and sleep, failed to deliver notifications, and woke me up at night, even with smart do not disturb turned on. In short, the Wyze Band acted like a $25 fitness tracker.

Clunky design with a great screen

When I heard that Wyze was making a cheap fitness tracker, I was intrigued. I’ve long been a fan of the company’s low-cost security cameras, which bring premium specs and ease-of-use for a tenth of the price of the Nest Cam, and the Wyze Band’s specs seemed too good to be true for the price:

However, those better-than-basic specs are more attractive on paper than in practice. While the Wyze Band is thinner than Fitbit’s Charge 4, its boxy design makes it feel like a tank on my wrist in comparison to the Charge 4’s nicely tapered design. I regularly got it caught on clothes and corners, and it was quite uncomfortable to wear at night when I shifted positions.

The included strap is oddly designed and incredibly difficult to put on, but Wyze will be bundling a standard watch strap with orders. However, changing bands isn’t as nearly as easy as it is on the Inspire. You need to pop out a plastic pin on each side to remove the strap from the body and they’re very small and easily breakable. Thankfully, Wyze provided me with a spare set because I immediately broke one of them while trying to switch out the band.

The color screen is easily its best cosmetic feature. It’s a touch oversaturated at the highest brightness but very visible in bright sunlight, and the dark UI helps the OLED display blend nicely into the sizable bezels surrounding the screen. I wish it was a bit wider, as some screens are very cramped and notifications can be tough to read, but the range of background options make the black-and-white screens on the Inspire and Charge look positively ancient.

Navigation is mostly done by tapping and swiping on the screen, but there’s also a nifty virtual back button that’s built into the bezel. Since it’s always present as a small white line below the screen, it creates a visual distraction that breaks up the enormous bezel. Tapping it provides a bit of pleasant haptic feedback and while it could benefit from more functions, it was generally more responsive and easier to press than the virtual side button on the Charge 4.

The Wyze Band is powered by a Cypress processor, likely similar to the one in Fitbit’s trackers. Switching between apps is fairly effortless and speedy, though raising to wake is far more reliable on my other devices. You can’t lock it with a passkey, but you can set a slide-to-unlock feature that forces you to swipe up on the bottom of the screen before you can use it. I eventually turned it off because it was far too finicky.

The Wyze Band can be worn for nearly two weeks without needing a charge, handily besting the Charge 4 (seven days), and Inspire HR (five days). With a color screen, the longevity of the Wyze Band is truly impressive, sipping just 5 percent of battery life on most days. Add to that 5ATM water resistance and you won’t be taking off the Wyze band very often at all.

Smarter than its price tag

The Wyze Band has two main functions: tracking fitness and controlling smart devices. It does the latter via built-in Alexa, which is accessible by holding down the virtual button long enough to trigger a second vibration. Alexa on the Wyze Band isn’t as fast or reliable as Google Assistant on Wear OS or Siri on the Apple Watch, but it works well enough for basic tasks.

I don’t have any Wyze connected home devices, but the smart plugs and bulbs I do have connected to the Amazon Echo app responded well to my commands. My saved routines worked too, even though the messages on the screen didn’t always correlate with the action. However, since there’s no Wi-Fi connection on the Wyze Band, you need to be in constant Bluetooth range of your phone for it to work, so Alexa isn’t nearly as useful as it could be.

The reliance on your phone is problematic even when you’re not using Alexa. The Wyze Band needs a constant connection with the Wyze app, and if it doesn’t remain open and running on your phone, you won’t get notifications at all. So when you take the band off to charge, you’ll likely need to re-sync when you strap it on again, as well as whenever you restart your phone or the app quits. I regularly needed to relaunch the Wyze app to remind my phone to push notifications to it, something that has never been an issue with my Fitbit trackers.

On the fitness end of things, the Wyze Band has heart-rate and motion sensors for tracking steps and sleep, and if you’re running, it has a dedicated mode to calculate time and distance. Even for a $25 tracker, that’s pretty basic.

With such simple tracking, the Wyze Band should perform as well as the Fitbit Inspire without a heart-rate monitor, but that’s simply not the case. In repeated tests on both wrists, the Wyze Band was at least 10 percent off in step totals as compared to my Fitbit trackers (usually under but some days over) and the heart rate was consistently lower than it should be. In particular, my heart rate during exercise was extremely hit or miss, often showing under 100 while my Fitbit registered 150 or more.

Sleep tracking was equally confounding. The Wyze Band never once successfully tracked my sleep, saying I went to bed earlier and woke up later than I did, sometimes by several hours. In another weird glitch, the app’s stated times was extremely wonky in the morning—one day it said I slept for 15 hours—but reset to a more reasonable (but still inflated) number once I manually synced with the app. The watch also woke me up a few times when I accidentally lit up the screen by rolling on it despite having “smart mode” do not disturb turned on.

For $25, the Wyze certainly has some things going for it. The screen is fantastic. The battery life is stellar. And the smart-home control is better than expected thanks to integrated Alexa support. And while the overreliance on the app is less than ideal, but when it works, the Wyze Band is at least as good as the Inspire or Charge for basic notifications.

However, even with a low price, the Wyze Band is hard to recommend over the Fitbit Inspire HR or Charge 4 for anyone who wants a solid fitness tracker. Some inaccuracies might be expected in a $25 fitness band, but Wyze has built its name on delivering quality products for low prices and the result with the band were surprising. Yes it’s impressive that the Wyze Band has a heart-rate sensor for $25, but if it’s not accurate it becomes a detriment.

I’m hopeful that exercise and sleep tracking can be fixed with future firmware updates, several of which arrived while testing the band but didn’t appear to address the issue. But until they arrive, you’ll be better served with a Fitbit, even if you need to wait until they go on sale.