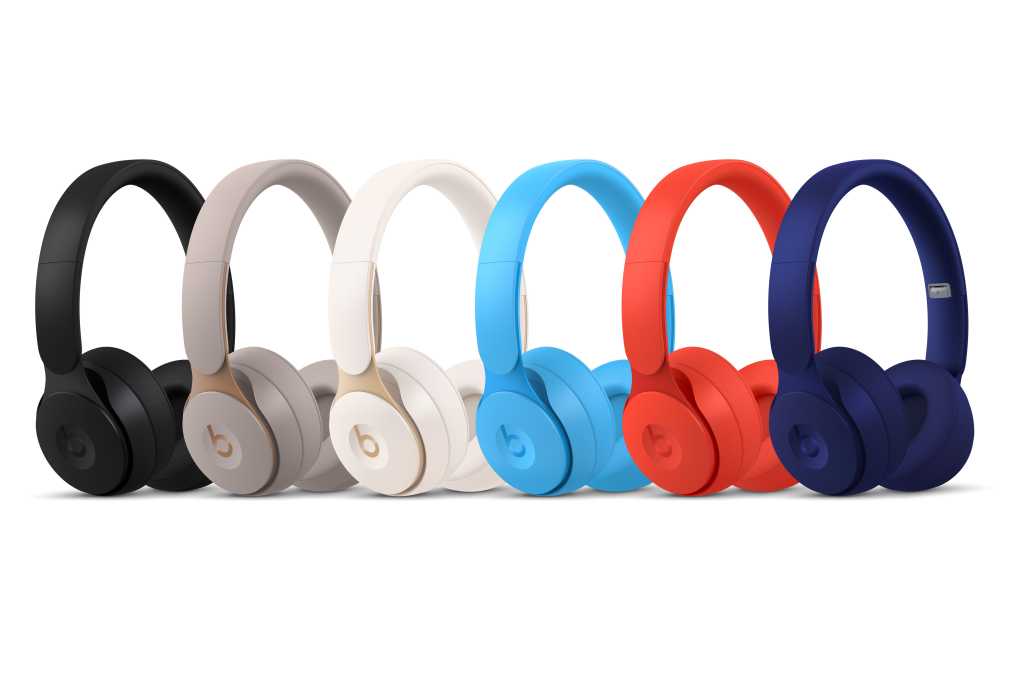 Apple has been said to be working on a pair of high-end, over-the-ear, noise-cancelling headphones. Rumors began circulating last year, and have recently begun picking up steam, with more specific details. Perhaps a release is imminant?

While Apple will maintain its Beats products, these over-the-ear headphones will be Apple-branded products and carry the AirPods name. Here’s what we’ve heard about them so far.

Apple tipster Jon Prosser, who has been on fire with the Apple leaks lately, recently tweeted that Apple will call its headphones “AirPods Studio” and price them at $349.

That seems like a pretty good price, all things considered. AirPods Pro cost $249, and these are bigger, likely much better-sounding and longer-lasting over-the-ear headphones. Its main competitors right now would be the Sony WH-1000XM3 ($349) and the Bose Headphones 700 ($399).

$349 may just be a starting price, however. Apple may ship two variants of the AirPods Studio.

We expect Apple’s headphones to feature noise cancellation, and it will likely be superior to what you find on AirPods Pro. Hands-free “Hey Siri” support is also a no-brainer. With a high price, over-ear design, and “Studio” branding, we expect Apple to promise incredibly good sound quality, too.

We’ve heard that there will be limited touch controls (as there are with current AirPods earphones), and of course will pair with your iPhone or iPad as seamlessly as current AirPods do.

A report from 9to5Mac details a few other interesting features. Each ear cup will be able to detect whether it is on the left or right ear, so you can put the headphones on either way and it will adjust the stereo sound properly—other headphones have specific left and right speakers. It would also be able to detect when it is just pulled down and worn on your neck. This would let the headphones stay powered on and connected, but the music paused, like taking out a single earbud on current AirPods.

A first for Apple headphones, the AirPods Studio will have equalizer settings on Mac, iPhone, or iPad, with at least low, mid-range, and high frequency adjustments.

A recent Bloomberg report from Mark Gurman and Debby Wu divulged some details about the design of the headphones. According to the report, Apple is working two variants of the AirPods Studio: a premium version with leather-like fabrics and a fitness-focused model that uses lighter, breathable materials with small perforations.

Gurman and Wu’s sources say the headphones will have a “retro look with oval-shaped ear cups that swivel and a headband connected by thin, metal arms.” The arms connect to the top of the ear cups rather than the sides.

The pads on the ear cups and headband are said to be magnetically attached and can be replaced by the user. This may open a market for Apple to sell all sorts of pads, as they do Apple Watch bands, or even to open it up to third-party vendors. It may also just be a way for users to easily swap pads between leather (home use) and cloth (exercise) and to replace them when they’re worn out.

Apple’s high-end headphones have supposedly been in development for some time. They could be released at any time this year—Apple has not acknowledged their existence, but small icons from a leaked early build of iOS 14 seen by 9to5Mac show both white and black headphone colors.