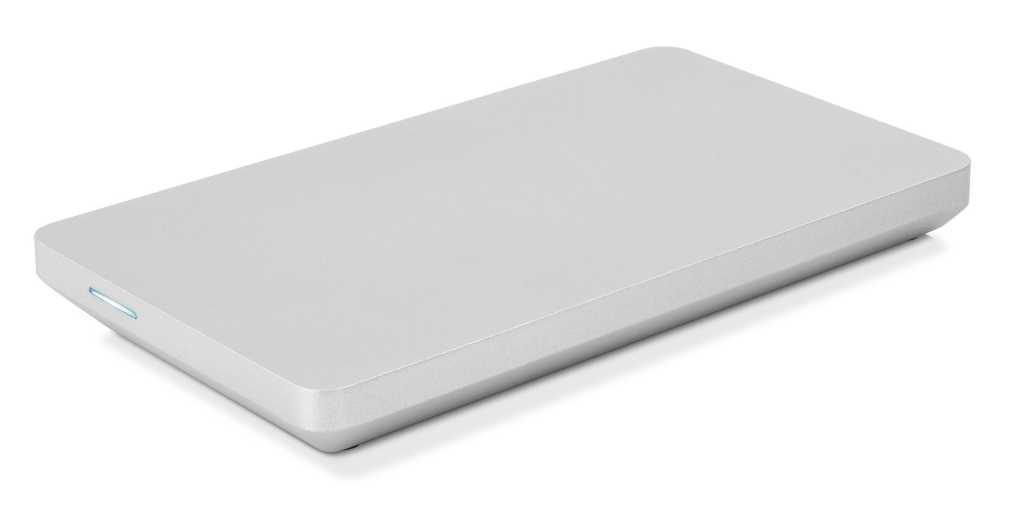 This portable SSD is arguably the best USB C portable SSD on the market. It’s fast, tough, and available with up to 4TB of capacity. It looks nice next to a Mac as well. Good stuff for those with the means.

The Envoy Pro EX USB-C is one of those products that actually lives up to the “Pro” in its moniker. Available in up to 4TB, it has twice the capacity of the current competition, and also just happens to be a hair faster. The pièce de résistance is IP67 (Ingress Protection) certification, meaning the drive can survive 30 minutes under 3.3 feet of water. That’s sweet, though we don’t recommend you put that to the test.

USB Type-C, or USB-C (same thing, new name), is a physical connector employed by both Thunderbolt 3 and USB. It’s not indicative of the protocol being used, which in this case is SuperSpeed USB 10gbps (nee USB 3.x Gen 2). The Thunderbolt 3 Envoy Pro EX uses a USB-C connector, if you get my drift.

You’ll likely understand what OWC means by USB-C, but Thunderbolt 3 compatibility is mentioned. In this case, that means you can connect the Envoy EX USB-C to a Type-C port (what it should be called) with the lightning icon, but it will use the USB protocol, not Thunderbolt.

Note that there’s a third Envoy Pro EX USB 3 model with an older Micro-B SuperSpeed connector that is SuperSpeed USB 5Gbps (USB 3.x Gen 1). If you want the info on the latest attempt to straighten out the rat’s nest of a naming convention that is USB straight from the horse’s mouth, click here. Back to the review.

The secret to the Envoy Pro EX USB-C’s large capacity is that it houses one of the first 4TB M.2 NVMe SSDs to hit the market—the Aura P12. It’s also available from OWC as a bare SSD for internal use.

The roll-your-own option might save you a few bucks if you opt for a bargain basement drive, but OWC isn’t charging all the much more per gigabyte, and the Aura P12 seems to be a nice solid performer that, again, is really not that expensive. That said, 1GBps is about all you’ll ever see from any SuperSpeed 10Gbps device in the real world, so just about any NVMe SSD is workable with small data sets.

The Envoy Pro EX USB-C is a good-looking, light silver drive that matches the aesthetics of most Macs. It’s 2.6-inches wide, 4.5-inches long, and 0.4-inches thick with a Type-C port on one end, and an activity light on the other. As I mentioned, it’s IP67 certified, meaning it’s sealed against both dust and water. If you want to know more about IP (Ingress Protection) ratings, check out this TehcHive article. The only other IP67-rated external SSD we are aware of is Adata’s SE800.

The OWC Envoy Pro EX USB-C is the fastest SuperSpeed 10Gbps SSD that we’ve tested, albeit by only a gnat’s eyebrow over the SanDisk Extreme Portable Pro SSD. It could have gone either way, but a victory is a victory, and this one belongs to the Envoy Pro EX USB-C.

CrystalDiskMark 6 under Windows showed a slight advantage for the OWC over the SanDisk, with others trailing by a ways.

In the 48GB transfer tests, it was much the same story, with the OWC and SanDisk running neck and neck, with the others lagging slightly behind in most tests.

The margins are victory were slight, but we can still say with confidence that the Envoy Pro EX is as fast as it gets in a USB 3.1 Gen 2 (SuperSpeed USB 10Gbps) SSD.

Note that the lower capacity variants might not offer the same level of write performance. We didn’t have them to test, so that’s not fact, but a caveat based on past experience.

The Envoy Pro EX USB-C is the fastest external USB SSD we’ve tested to date, it’s IP67 certified, and it offers 4TB of capacity in a form factor no larger than the 2TB competition. It’s not even that expensive as far as these things go.

So let’s see if I can puzzle this out… Fastest, vastest, tough, and relatively affordable. How could I tell you not to buy it?