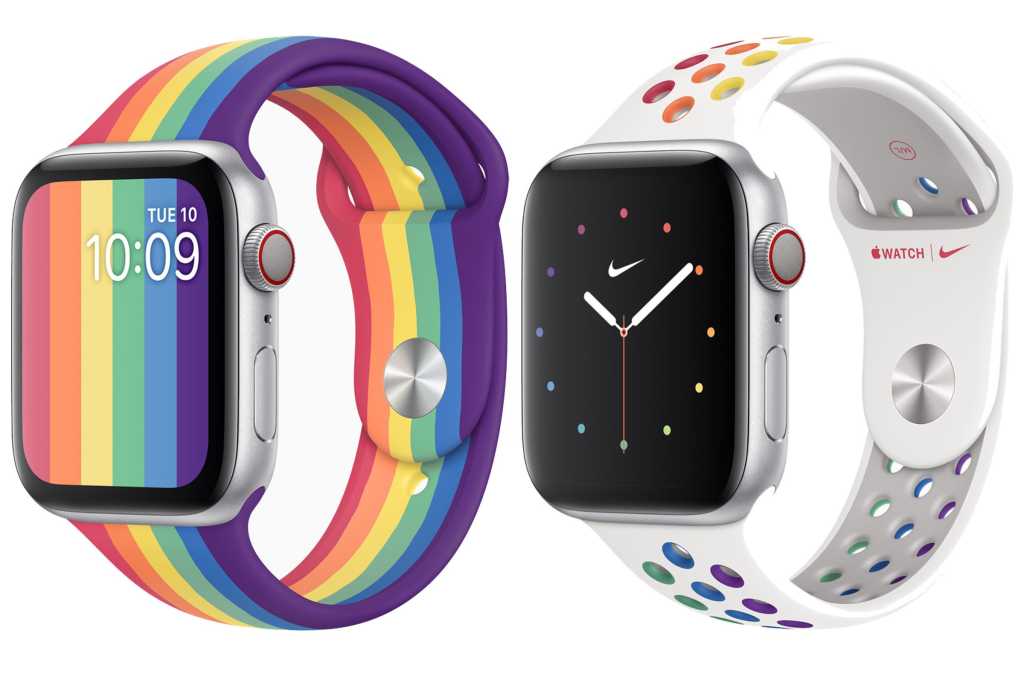 To celebrate the upcoming Pride month that starts in June, Apple has announced a new collection of watch bands to show your support for the LGBTQ community.

While Apple has been selling Pride bands since 2017, this is the first year Apple is selling two bands. The Sport Band version mimics last year’s design, with six vertical stripes running the length of the strap. The colors blend into a new digital watch face that will be offered as part of the upcoming watchOS 6.2.5.

The Nike Sport Band edition is much more subtly, with an all-white design accented by colored holes. The top of the watch features red, orange and yellow while the bottom is adorned with green, blue, and violet accents. The companion analog watch face features a white logo and white hands, with matching colored dots representing the hours.

Apple previously offered nylon and Sport Loop bands to mark Pride month. The company says the bands “support LGBTQ organizations doing vital advocacy and community-building worldwide, including GLSEN, PFLAG, The Trevor Project, Gender Spectrum, The National Center for Transgender Equality, and ILGA World, which brings together more than 1,500 member organizations in more than 150 countries and regions.” It has previously said that a portion of the proceeds from Pride Edition band sales benefit LGBTQ efforts, though this year’s press release doesn’t specify that.

The new Pride bands are $49 each and are available for purchase at Apple.com.