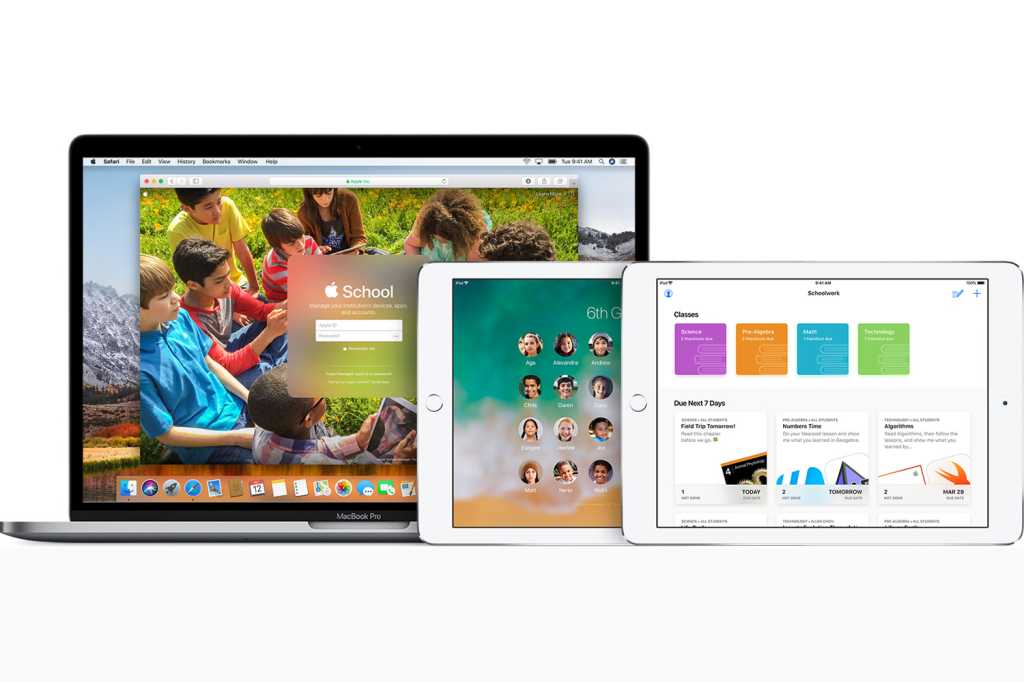 In the argument between people who embrace the iPad to get work done and people who stick to their Macs, I’m firmly Team Both. For a few years now, I’ve used an iMac at my desk and an iPad Pro everywhere else.

Committing to the iPad to get work done has always involved some compromise. There are moments when I’m working away on my iPad and I realize that there’s something I need to do that would be done far more easily on my Mac. Those moments are a lot less frequent they were even a couple of years ago, but they do exist.

What’s funny is that in the last year or so, I’ve noticed an increasing number of incidents when I find myself sitting at my desk, staring at my iMac, realizing that the task I need to perform would be done far more easily on my iPad.

I’ve been using Photoshop for decades. I wrote an entire book about Apple’s Photos app. And yet when I want to touch up a photo before displaying it on my website, on social media, or on my walls as a print, I end up going to my iPad and using Pixelmator Photo.

Pixelmator Photo is a $5 iPad-exclusive app that offers machine-learning-based tools for adjusting image settings, cropping, and color matching. It’s got a very large suite of image adjustment tools. But the feature that sets it apart is its Repair tool, which intelligently fixes flaws in photos.

I can’t really say enough about the Repair tool. It’s a delight to use. To remove dust from a product shot or a skin blemish from a portrait, I just tap on the area with my finger, and it’s gone instantly. I don’t need to sample from some other part of the photo, as I would do with other tools—Pixelmator Photo is smart enough to figure out the right thing to do without any intervention. It even works well to remove people from backgrounds, something that used to take me ages to accomplish in Photoshop.

The Mac is supremely flexible, with a library of native apps, Unix underpinnings, and a user automation system that’s been around for decades. I am constantly amazed at what I can automate on my Mac. That said, the Mac’s user-automation tools are harder to use than those on iOS. And while iOS apps have rushed to support Shortcuts, Apple’s user-automation app, Mac apps are no longer making any real effort to add support for AppleScript and Automator.

As a result, I’ve been able to build some slick, easy-to-use automations on my iPad that I haven’t been able to replicate on my Mac—or at least, not replicate in a satisfying way. My iPad’s got a shortcut that query my home weather station for the current weather and place the result on the clipboard, for me to use to taunt my friends on particularly nice days. With the help of the new app Charty, I was able to built a shortcut that scrapes the content of a webpage and generates detailed charts automatically.

I use a shortcut to post stories to my blog with a couple of taps, using an ancient API. Another one lets me grab text from an article and place it in a new document, ready to be quoted in a blog post. And when a new episode of my podcast goes live, a one-tap shortcut I built creates a promotional post and puts it on my blog.

Can I do all of these things on the Mac? Probably, with some degree of extra work. But it was easier to built them on my iPad, and now I turn to that device when I want to perform any of those tasks.

After years of editing my podcasts with GarageBand and then Logic Pro, the bulk of my editing work these days is in Ferrite Recording Studio on my iPad. Logic is a remarkably powerful app, but using it involves sitting in a chair for hours and making very detailed edits by moving a cursor precisely with my trackpad. My wrists get sore, my back hurts, my eyes glaze over—and I accepted all of that until I tried editing a podcast on my iPad with an Apple Pencil, at which point I began to question everything.

Ferrite is an app that, at first glance, is just a simpler version of Logic. There’s truth to that. I didn’t move to Ferrite on the iPad because it offered a feature that Logic was lacking. Instead, I moved to Ferrite because it allowed me to edit away from my desk, in a more comfortable position. The Pencil reduced the stress of making precise mouse movements—because making those precision movements with a stylus is a more natural motion. Gradually editing on my iPad went from being a novelty, to a solid option, to my preferred choice. It’s more about the ergonomics than anything, but providing different ergonomic options is one are where the iPad destroys the Mac.

It’s undoubtedly true that I find myself being pulled to the iPad for some kinds of work in a way I hadn’t been before the last couple of years. That said, there continue to be aspects of working that the iPad just doesn’t do as well as the Mac, if it does it at all.

As rich as the App Store ecosystem is, the iPad suffers from not allowing user to tap into the Unix subsystem to use powerful command-line tools. (I’ve built new Finder commands that I use every day using shell scripting—and the iPad just can’t match up.)

While the iPad’s Magic Keyboard finally lets the iPad become a no-compromises laptop, many iPad apps are still lagging behind the times, failing to offer the richness of their Mac counterparts. And of course, some apps don’t exist at all on iPadOS, because Apple doesn’t offer access to useful portions of the operating system that it does on the Mac. If I had a single request for iPadOS 14, it would be for Apple to enable the existence of an app like Audio Hijack, so I could use the iPad as a full-fledged podcasting rig without the need for jury-rigged hardware and weird compromises.