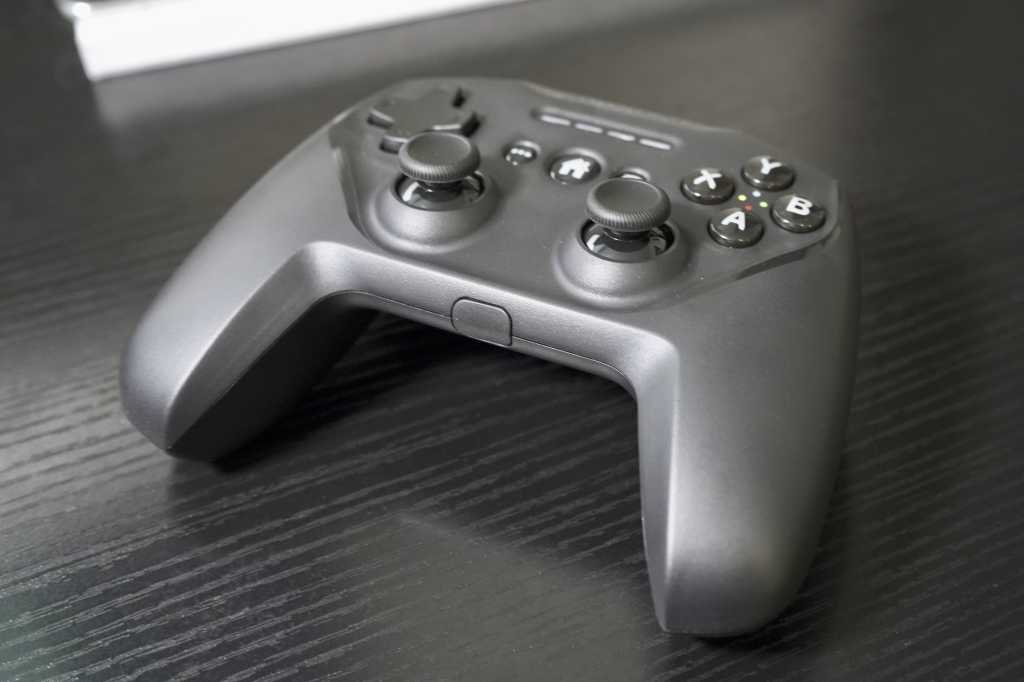 Image: Jason Cross/IDG
At a Glance

And excellent MFi controller with handy included phone mount, but with a steep price and no rumble support. Now that Apple devices work with Xbox One and PS4 controllers, it’s hard to justify paying more for an MFi controller.

If you love playing games on your iPhone, iPad, Mac, or Apple TV, you’ve probably noticed that some of hottest titles really are meant to be played with a game controller.

The new Nimbus+ from SteelSeries is our pick for the best all-around MFi game controller—an officially certified and licensed controller that seamlessly works with all your Apple devices.

The only thing is, you don’t really need an MFi controller the way you used to. With the introduction of iOS 13, you can use an Xbox One or PS4 DualShock 4 controller with your iOS devices and Apple TV. With those great controllers available to iPhone, iPad, and Apple TV users (which also work on PC or Mac and their respective consoles), why pay more for an MFi controller?

The Nimbus+ is essentially an enhanced version of the excellent original Nimbus. It has the same excellent shape that will feel familiar to those who play on consoles, with twin sticks, a very clicky D-pad, A/B/X/Y buttons, a Home button, and shoulder bumpers and triggers. It’s comfortable and lightweight, and feels well-made and sturdy.

New to the Nimbus+ is that the left and right sticks can be “clicked” inward like buttons—a common feature to console game controllers these days. It also has Options and Menu buttons to the left and right of the Home button. Not strictly necessary for most iOS games, but nice to have.

Small holes on the back of the controller are provided to mount a detachable (and included) phone mount. It’s extremely handy and does a great job of staying put. The springy collapsible grip holds an iPhone of any size, but is far too small for even the smallest iPad.

SteelSeries says the battery lasts 50 hours, 10 hours more than the original Nimbus. I don’t think I got quite that much battery life out of it, but I easily played for hours a day for a whole week without quite running out of power. If you’re buying a controller to use with iPhone or iPad, you’ll appreciate that it charges up via a Lightning port rather than USB.

It’s not that the Nimbus+ isn’t an excellent controller. It is. It’s essentially identical to the company’s  Stratus Duo, only with MFi certification instead of support for Windows and Android. It lacks rumble support, which is a downer for console enthusiasts, but not a major feature of most iOS and Apple TV games. And that’s one reason the controller is so lightweight and the battery lasts so long.

But it’s just hard to justify the price. At $69.99, it’s $20 more expensive than the original Nimbus, and $10 more expensive than either the DualShock 4 or Xbox One controllers. The phone mount is nice, but it’s hardly worth paying more for. Given the limited ability to use the Nimbus+ outside of the Apple ecosystem, and fact that those console controllers have rumble feedback, gamers would just be better off buying a DualShock 4 or Xbox One controller and a separate phone mount clip.