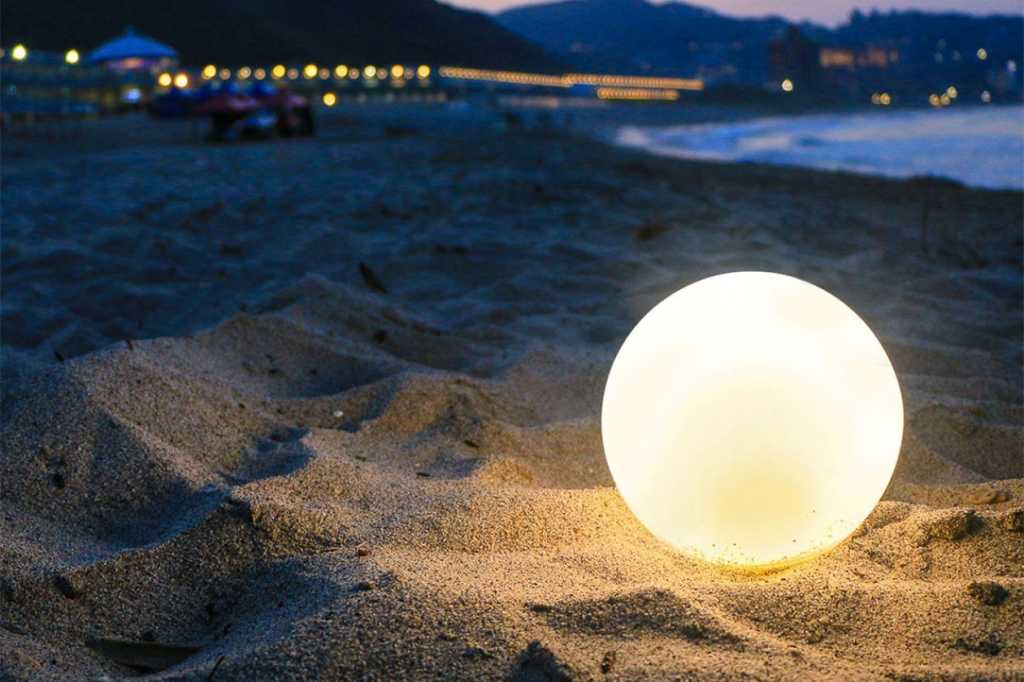 Interior designers put a lot of thought into lighting a room, and with good reason. The right lamp in the right place can change a dingy apartment into a hip, romantic lounge. Maybe you’ve done the same with your own home, fussing over the placement of track lights or a vintage light bulb.

There are few failsafe lighting options that will work with any décor, but we may have just found one: The MOGICS Coconut, a minimalist, spherical light that works just as well indoors as it does on a campground.

The versatility of this thing is astounding, and we’re not the only ones who think so. Its launch on Kickstarter attracted enough attention for more than $100,000 worth of backing, and it’s now fully in production.

The look alone makes it special enough, but it’s got a durability that belies its ethereal design. You can fold it, bounce it off the wall, float it on the water or even fully submerge it with no damage to the lighting mechanism. The LED inside the globe is attached to a lithium polymer battery that can provide up to 30 hours of light when detached from its USB power strip. It also serves as a weight that lets the Coconut balance perfectly on any surface without rolling.

There are no buttons to break up the elegant globe shape. Just tap the top of the globe to turn it on, and to toggle between four lighting modes: Normal, breathing, waning or a slowly pulsing “flash.” The shape and color makes it hypnotically reminiscent of the moon, and that makes it equally great for a relaxing evening at home or a meditative night under the stars.

Light things up with the MOGICS Coconut now for $36.99, a 24% savings over the original MSRP.

Do you have your stay-at-home essentials? Here are some you may have missed.