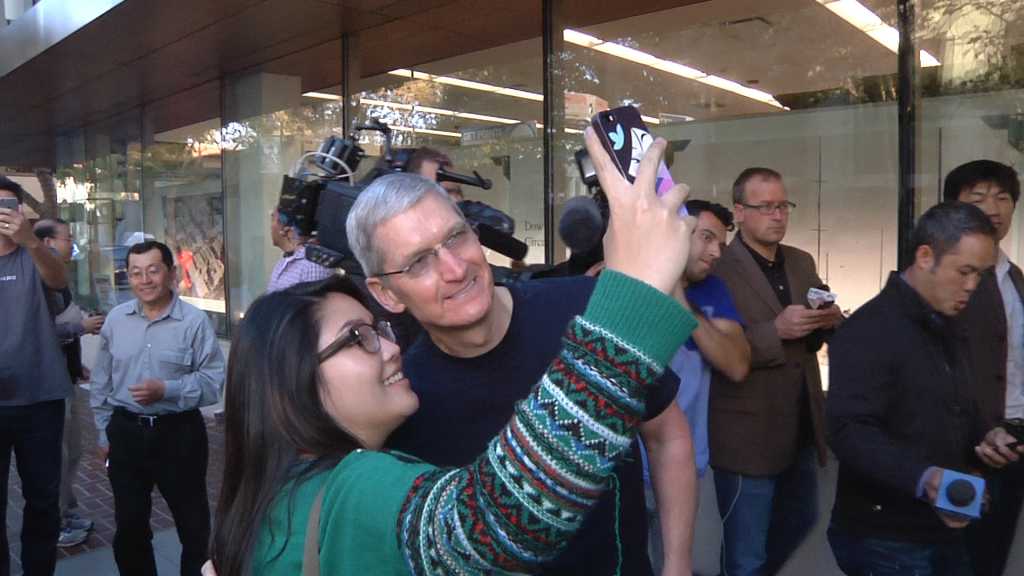 Apple has been granted a patent by the USPTO for “generating synthetic group selfies.” A patent is not a product, but if the software worked as described therein, it would allow multiple users who are not physically near each other to each take a photo with their own devices and have them combined into a single group selfie.

As most patents are, it is written to be slightly vague and broad—a patent needs to be specific in order to be granted, but companies want them to cover as much potential ground as possible. It describes what this group selfie feature might look like, in “one possible implementation.”

A user opens up a photo-taking app and enters into a group selfie mode. Then they invite other users, who get a prompt on their device to participate. Everyone would then take a new selfie with their own device, or maybe choose a previously-taken one.

Then the system would combine them into a single composite shot while saving all the information separately so that users could do things like adjust the layout or position of the people.

It sounds like a feature tailor-made for a global pandemic where everyone is trying to stay socially distant, but the technology was not imagined with COVID-19 in mind: Apple first applied for the patent in July of 2018. It’s also the sort of thing that requires a lot of sophistication to implement well. It would be relatively easy to just mask out people and arrange them together, but much harder to make the images look like they fit together, artificially adjusting white balance and lighting to make it look convincingly like the subjects were all actually in the same shot.

As always, we should note that Apple applying for or receiving a patent does not necessarily mean this technology will ever see the light of day. Large technology companies like Apple frequently apply for patents that never make it into final products as a part of their regular ongoing research and development efforts.