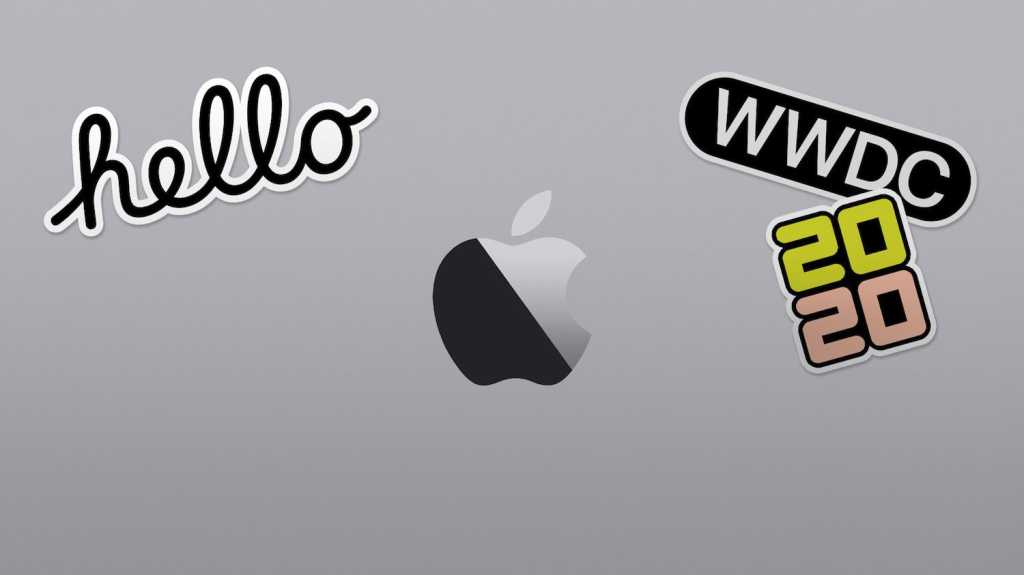 We’re now just a week away from Apple’s Worldwide Developers Conference, which—in case you missed the many memos—will be held virtually for the first time in its 33-year history. Last week, Apple announced t he schedule for the event, confirming that it will kick off with the traditional keynote on Monday, June 22nd.

So. Start your engines and let the speculation begin. What exactly will Apple be discussing in said keynote? Which announcements will they make? What rumors will immediately dissipate into dust?

Of course, my Magic 8-Ball is only as good as any you can get from a toy store, so I can’t tell you exactly what Apple’s going to show off. But what I can tell you is what I want to see from the company. Here are a few of the things that I’m the most excited to hear about when Tim Cook steps into a virtual keynote in just seven short days.

Was there any doubt that the rumored ARM transition is at the top of that list? Here’s what I want to hear: that the company is finally ready to transition to its own custom-built processors, which will bring superior performance per watt, meaning both more powerful and, more importantly, more energy efficient Macs. It’s 2020: time for a Mac laptop with all day battery life.

The details are where it gets interesting. I think the top priority is for Apple to minimize disruption to developers. The company ably navigated transitions from 68k Motorola processors to PowerPC and then PowerPC to Intel, and while neither of those moves were without their hiccups, on the whole, they were pretty smooth.

I hope Apple brings its experience there to a similarly multiprong approach here. First, I hope (and fully expect) the company to say that porting most apps to the new architecture will be as simple as re-compiling in Xcode.

Second, for the apps that may take more time and work to adapt to a new architecture, I’d hope to see a technology similar to the Rosetta translation layer that helped ease the shift to x86, so that existing Mac apps compiled can run on the new processors, even if that means a performance hit. Such a technology would be a placeholder, allowing users to keep running critical software until the developer can make a version native to Apple’s new architecture.

Finally, I’m hopeful that developers will get some sort of access to Mac hardware using the new processors. Many software creators are going to want to test their applications on real hardware before they actually go ahead and ship updates. Whether that hardware takes the form of a boring beige box with custom internals that the company offers to developers for a fee, or perhaps by letting developers install a version of macOS on an iPad Pro, I will certainly be fascinated to see. (And if lets me muck about with a version of macOS on my own iPad, well, so much the better.)

Last year’s iOS release was, to put it lightly, a bit of a mess. Bugs and other problems had many users wary of the update, so I’d certainly like to see iOS 14 swing back in the other direction and make stability a focus.

But I’d also hope that Apple will deem it time to finally rethink its approach to some longstanding features that have begun to feel a bit dated. For one, the Home screen. A grid of icons may have been acceptable back in 2007 when we we were all just trying to figure out how to use this amazing supercomputer that fit in our pocket, but after 13 years, I think we’ve got the hang of launching apps. Let’s leverage Siri’s Proactive intelligence features to surface stuff that we might need right on the screen where we use stuff the most. Or at least offer widgets like iPadOS (but better).

Speaking of iPadOS, I hope for yet another stab at multitasking. For me, it remains the biggest weak point of the tablet operating system. It’s finicky and simply too hard to tell which side of a Split View is currently active, plus the multi-window app situation introduced last year remains confusing. This continues to be one place that the Mac and its windowing system have a substantial leg up.

And, overall for mobile devices, I’d badly like to see the company take a hard look at its autocorrect system in text, which seems to have gotten increasingly aggressive—and increasingly wrong—over the last several years. It’s time for a definite re-tuning of how we type on our devices.

Like iOS 13, macOS Catalina has had a rough year. New security features proved well-meaning but onerous, and combined with some bugginess, a not insignificant number of users have held off updating until they absolutely had to.

Whatever macOS 10.16 is codenamed, it certainly has its work cut out for it. While this might seem like a good opportunity for a “Snow Leopard” style performance release, there are a number of places where Apple’s older platform has fallen behind iOS, and I’d hope to see the company restore a little bit of that parity.

As my colleague Jason Snell mentioned recently, Messages is in dire need of an update to bring it into line with its iOS counterpart. More recently, Apple added a Look Around Street View-like feature to Maps on iOS that the Mac version still lacks. Likewise, the Music, TV, and Podcasts app, designed with the first (and somewhat rudimentary) version of the Mac Catalyst technology, could all use updates. And Photos on the Mac has never felt as powerful as on iOS—not to mention it desperately needs stability improvements.

Overall, the Mac seems most in need of polish this time around, though Apple will no doubt have some new shiny features to convince people to make the upgrade. But let’s hope that, as with iOS 14, stability is the name of the game. What good is a great new feature if you can’t rely on the machine it’s running on?