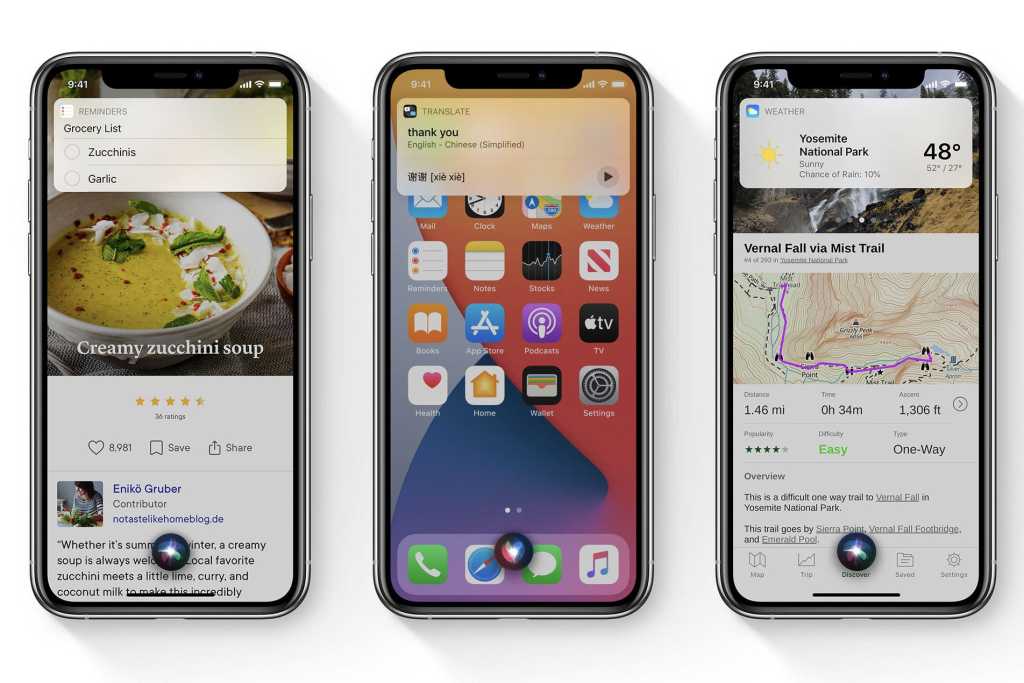 Apple has made advancements to its Siri personal assistant in every version of iOS, but it’s still looks and acts nearly the same as it did back when it was introduced in iOS 5! Finally, with iOS 14, Siri is getting a much-needed redesign. Here’s what you can expect from Siri when you upgrade to iOS or iPadOS 14.

When you invoke Siri, it takes over the entire screen. You can’t see what you were looking at, much less interact with it! It was an understandable compromise years ago, but it’s positively backwards on modern phones.

With iOS 14, Siri will finally let you keep looking at your phone. Whether you invoke it by saying, “Hey Siri” or holding the Side button or Home button, you’ll just see a colorful orb at the bottom of your display.

In the early iOS 14 betas, you can’t actually interact with your screen, even though you can see it. Apple says that’s intentional, and it may experiment with allowing you to tap and scroll as usual while the little Siri orb is in view.

It’s not just the Siri listening prompt that got smaller. Many of the answers and information that Siri delivers will now show up as small notification cards at the top of the screen. And a lot of interactions, like sending messages, just use a rich notification instead of a full-screen takeover.

Oh, and you can use Siri to send audio messages, not just text.

Apple has been greatly expanding upon the number of direct answers Siri can give you. The company says it has 20 times as many “facts” available as it did three years ago. That may be true, but it’s not specifically an iOS 14 feature, just a measure of the company’s progress. And it’s starting from a position way behind Google Assistant or Alexa.

But Siri does now give you more answers beyond the facts it knows. Siri’s ability to use web-based information to give you a web-based answer has gotten much better.

Siri now works with the Share ETA function added to Maps in iOS 13. If you’re navigating somewhere with Maps, you can just tell Siri to share your ETA with a contact. They’ll get a notification, and can open it to get a live updated route. If the person you share it with doesn’t have at least iOS 13.1 (or is on an Android phone), they’ll get an SMS with your expected arrival time, and automatic updates if it changes.

Siri has been able to translate simple phrases for years (for real-time conversational translation, there’s a whole new Translate app in iOS 14), but language support has been limited. The list of supported translation languages is expanding to over 65 different pairs in iOS 14.

In iOS 13, Apple introduced a fancy new text-to-speech system that allowed Siri to sound natural when saying almost anything, because it’s not just matching up pre-recorded phonemes. It was only available for U.S. English, though.