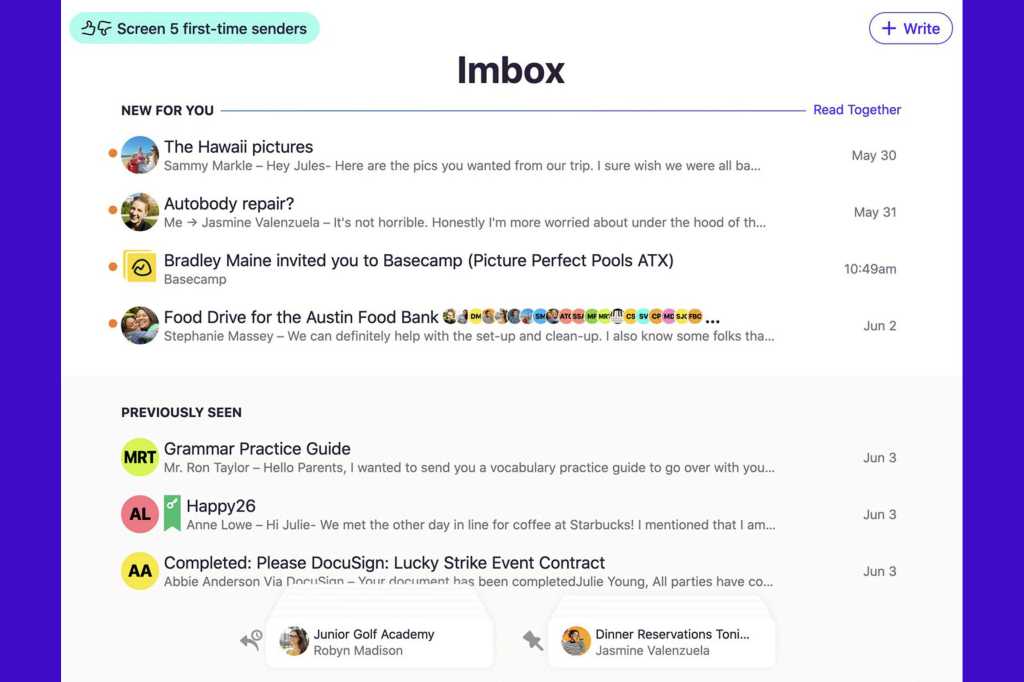 It’s not just the new all-digital format that’s going to make WWDC a little different this year. It’s also the battle between Apple and one of its high-profile developers that keeps getting worse.

To quickly sum up, earlier this week Apple denied Basecamp an update to its new Hey email app due to Hey’s lack of an in-app purchase for its annual subscription. Basecamp responded by refusing to update its app and calling out Apple for “mafioso” tactics by strong-arming Basecamp with threats to pull the app entirely from the store.

In a letter to the developer Thursday, Apple provided additional context to the reason for the rejection, telling Basecamp that users “cannot use the app to access email or perform any useful function until after they go to the Basecamp website for Hey Email and purchase a license to use the Hey email app.”

Since Hey isn’t a typical email client, users aren’t able to use it to view their iCloud or Gmail accounts and instead need a $99-a-year Hey account to unlock the app’s features. Apple suggested that Basecamp either open up Hey to third-party email accounts or offer an in-app purchase for Hey’s annual subscription, neither of which seems like something Basecamp is going to do.

Of course, with an in-app purchase offering, Apple would get take its cut—$30 for each new subscriber and $15 for each renewal—due to the terms of the App Store. And that’s where the issue lies. Basecamp has no interest in giving up 30 percent of its profits and Apple doesn’t seem willing to bend to allow Hey to operate on iOS devices. In fact, in its letter to Basecamp, Apple specifically called out Basecamp’s business model: “These apps do not offer in-app purchase — and, consequently, have not contributed any revenue to the App Store over the last eight years. We are happy to continue to support you in your app business and offer you the solutions to provide your services for free — so long as you follow and respect the same App Store Review Guidelines and terms that all developers must follow.”

That has some serious passive-aggressive energy and hits especially hard during the lead-up to WWDC. Apple often boasts about how much money developers have made through the App Store—earlier this week it touted that it had contributed more than $500 billion to the global economy in 2019, of which “more than 85 percent … (went) solely to third-party developers and businesses of all sizes.” However, this Basecamp dust-off is a clear indication that Apple knows who’s contributing to its own cofffers and who isn’t.

And if you still think Apple is going to back down and give Hey a reprieve, senior vice president Phil Schiller told TechCrunch that “there’s not any changes to the rules that we are considering. There are many things that they could do to make the app work within the rules that we have. We would love for them to do that.”

That seems unlikely, however. Basecamp has garnered support from many well-known developers and has taken a bit of a beating in the community this week. Longtime and active Mac and iOS developer Marco Arment, best known for co-creating Tumblr, voiced his support of Basecamp Thursday in a sharply worded tweet that has more than 4,000 likes: “In addition to the $100/year developer fees and any search ads we buy, we add value to your highly profitable hardware FAR beyond the 30%.” With neither side willing to relent, the fight is sure to cast a digital pall over WWDC next week.