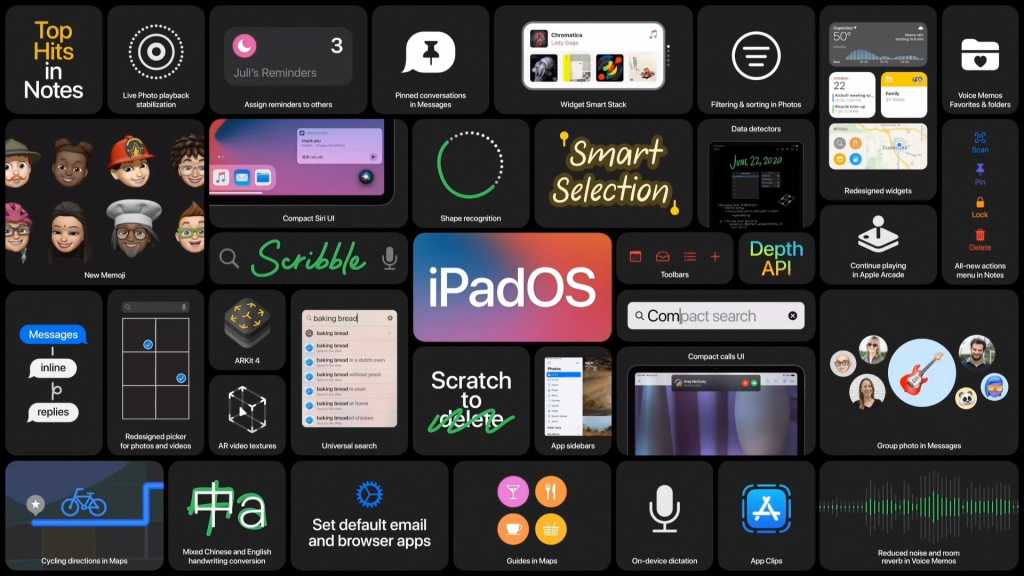 When Apple split iOS into two parts last year to distinguish it from the iPad, it was meant to give the iPad room to grow, with intuitive gestures, better accessory support, and, to quote Apple, things that are ”only possible on iPad.” However, despite Craig Federighi’s claim that “iPad users also benefit from the great features you already saw in iOS 14,” that’s not really the whole story.

While that’s true for things like Scribble support and the new app sidebars and toolbars, there are an awful lot of new iOS 14 features that are only for the iPhone. Here’s everything that’s not coming to the iPad:

This is the big missing feature. We already registered our displeasure with Apple’s decision, but in iPadOS 14, you’ll still see the same home screen layout, with rows of apps and folders and no way to hide them.

Widgets on the home screen

While iPad users will get full access to all of the redesigned widgets as well as the gallery and sizing options, they’re still stuck to the side of the home screen and only appear in landscape mode like before.

This is a big head-scratcher. According to the feature list, iPadOS 14 will be bringing a new emoji popover menu when using a hardware keyboard, but won’t be getting iOS 14’s long-overdue emoji search bar.

While the iPadOS will bring support for more than 65 languages and let you easily translate webpages in Safari, it’s missing out in iOS’s major system-wide translation features. For now, the brand new Translate app is iPhone only, so you won’t be able to take advantage of any of the cool new features that Apple is bringing to help people converse,

The iPad will be getting many of the new features that Apple is bringing to the Maps app, including cycling guides and EV routing, but it’s missing some important ones, including speed cameras, which lets you know where speed traps and red-light cameras are, and refined locations, which is able to provide “highly accurate location and orientation when you’re in urban areas with poor GPS signals.”

Car Keys may be super limited on the iPhone, but they’re non-existent on the iPad. So even if you plan on buying a new 2021 BMW 5 Series, you won’t be able to use your iPad to unlock it.

The iPad will be getting Apple’s new instant mini apps, but it won’t be able to find them using NFC like you can on the iPhone. Only links and QR codes for you.

FaceTime on the iPhone has a new feature that “can make video calling more natural by helping you establish eye contact even when you’re looking at the screen instead of the camera.” We’re not 100 percent sure what it does but if you have an iPad it doesn’t matter because you’re not getting it.

The iPad still doesn’t have a Health app, so the new sleep tracking, health checklist, and data types don’t apply.

When Apple bought Dark Sky earlier this year, the hope was that the Weather app would get way more powerful. In iOS 14 it has, with next-hour precipitation, severe weather alerts, and multi-day precipitation forecasts. But alas, the iPad still doesn’t have a Weather app in iPadOS 14.