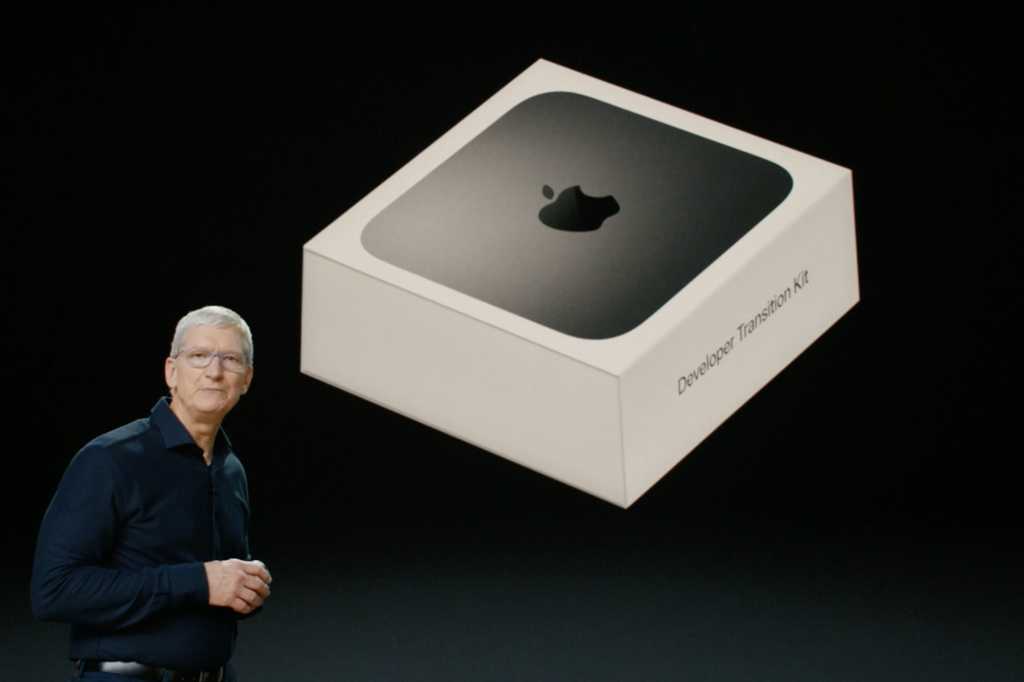 At WWDC20, Apple announced its next major shift for the Mac—away from Intel processors to Apple-designed silicon. It’s a big deal, and the first products for consumers will be available later this year.

In the meantime, Apple is making Developer Transition Kits available to some developers, so they can get started re-compiling and optimizing their Mac apps. The DTK is a Mac mini enclosure with an A12Z system-on-chip inside (the same as in the current iPad Pro). It has 16GB of RAM and a 512GB SSD, and a special version of macOS Big Sur and Xcode development tools.

For Mac apps that aren’t updated to be compatible Apple silicon, the new Macs will use an automatic emulation tool called Rosetta to translate apps made for Intel processors. And now that the DTKs are starting to ship to developers, we have an early look at what kind of performance that might give us.

The Geekbench results database currently shows eight benchmark results for the DTK. Since Geekbench has not yet been made available as a new universal Apple/Intel Mac app, these results show what the DTK is capable of when running an app with the Rosetta translation.

So the Mac Developer Transition Kit, running an Intel-based benchmark under Rosetta emulation/translation, takes a big hit compared to native performance. But Apple’s chips are so fast that it still runs roughly in the same ballpark as an entry-level Mac mini from 2018, or an entry-level MacBook Air from this year.

That’s very good news indeed! Unless Geekbench is a weirdly positive outlier, it looks like even Mac apps made for Intel chips and running under emulation can be expected to run nearly as well as they do on modern low-power Intel processors. You probably won’t be thrown back to the stone ages if you have to run an app that hasn’t been updated to run natively on Apple silicon.

Good news, but not a preview of final results

This is rather interesting in an academic sense, but you shouldn’t read too much into it. It might be a preview of what sort of performance hit some applications may take under emulation, and it may not, but it’s almost definitely not what you can expect from the new Apple-silicon Macs that will go on sale this year.

To start with, macOS Big Sur is still in beta, and the Rosetta optimization technology may still undergo further optimization.

What’s more, Apple doesn’t simply plan to toss an iPad Pro chip in its upcoming Macs. Apple has said it’s working on a “family” of Mac specific SoCs, so we can surely expect something tailored to the Mac’s performance needs. That likely means architectural changes that are suited to the higher power limits and more relaxed thermal environments of a Mac, not to mention its windowed multitasking environment and high-end professional apps.

Finally, the Rosetta emulation software may be tuned to run better on those upcoming Mac processors than on the A12Z. The current emulator may be tuned to the new chips in such a way that it’s running into some hard bottlenecks on the DTK that won’t exist on the new Macs (say, expecting a much larger L2 cache).

In other words, Rosetta on the new Macs may not incur a 25 to 40 percent hit to performance as it does on these DTKs, and even if it does, you’ll likely be starting from a higher performance ceiling.