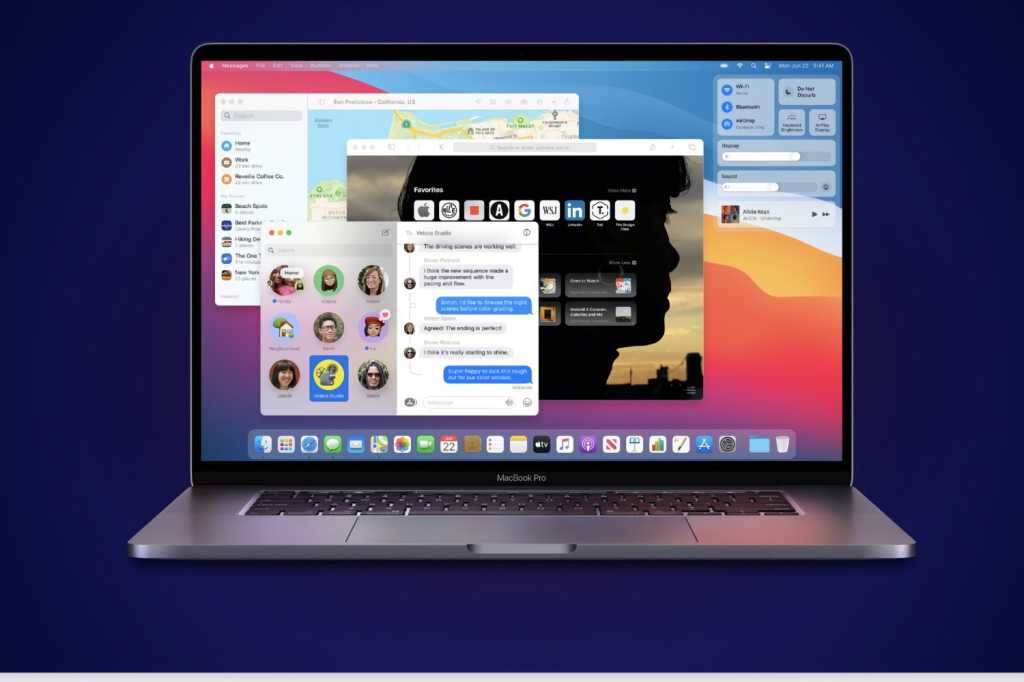 The 2010s were kind of a rough era for the Mac. Apple was busily improving the iPhone and iPad, while Mac models spent years between updates. There was a real question about whether the Mac was being readied for retirement, a legacy platform that would fade away as Apple shifted to its shiny new devices.

Last week’s announcements suggest that Apple has something else in mind for the Mac in the 2020s. First there was the word that the entire platform is moving to the same Apple-designed processor architecture that powers the iPhone and iPad. Then came the news that those Macs will run iOS and iPadOS apps as well as Mac apps. That means the Mac is no longer going to be an outlier. In contrast, it will become the center of Apple’s computing universe, where all of its platforms come together.

Everything you want and more

It was one of the more surprising announcements of the WWDC keynote, and it was easy to miss, given that it was mentioned almost in passing: Macs that run on Apple silicon will run unmodified iPhone and iPad apps. This isn’t Mac Catalyst, which lets developers turn iPad apps into Mac apps by doing a bunch of extra work. These will be completely unmodified apps, designed for iPhones and iPads, running on Macs with Apple silicon.

Of course, there are a lot of unanswered questions, chief among them: How do you emulate multitouch gestures on a Mac that has a keyboard and trackpad, but no touchscreen? The most obvious answer is that maybe all Macs running on Apple silicon will have touchscreens, too.

For a few years now, I’ve argued that Apple should make a laptop based on iPadOS. The arrival of the iPad Pro Magic Keyboard and support for cursors on iPadOS has made it even more clear that Apple could make such a product.

But now I don’t think it’ll ever happen—because it doesn’t need to. The iPad laptop is a MacBook, especially if it comes with a touchscreen. The MacBook of future will run all the same software that my iPad does… and it will also run all my Mac software, and provide access to Terminal if I want it. It will be a laptop first, but it will bring iPad apps along for the ride.

If Apple does offer a touchscreen MacBook that can run iPad apps, it’s worth pondering if Apple will change the ergonomics of its laptops, perhaps offering something more like a convertible PC laptop. Make no mistake: Just as the iPad is a touch-first device regardless of the existence of the Magic Keyboard, a touchscreen MacBook that runs iPad apps would be a laptop first, and would work best as a laptop. But if you could fold away the laptop’s keyboard to make it a bit more like a tablet, wouldn’t that be nice, too?

The future of the Mac is… everything

There has been, and will continue to be, a lot of grumbling about the Mac becoming a dumping ground for iOS apps. I choose to see the bright side: Apple is talking its most successful software platform, by far, and making it Mac compatible. (Or, more accurately I suppose, it’s taking the Mac and making it iOS compatible.)

When I look at the future of the Mac in the 2020s, it’s not as a legacy platform used by old-school computer users. Instead, it’s truly the capstone of Apple’s software platforms. The Mac will be able to do anything, and run anything, that the iPhone and iPad can. And on top of that, it will have its traditional powers, including access to decades worth of professional apps, the ability to download software outside of the App Store, access to the command line, and much more. The Mac won’t be the red-headed stepchild—it will be the one Apple device that does everything.

Yes, in the long run, Apple will push Mac developers away from AppKit, the underlying development approach for traditional Mac apps. But it’s also going to turn iOS developers away from UIKit, the underlying development approach for traditional iPad and iPhone apps. If Apple’s vision is fulfilled, the future of all of Apple’s platforms will be SwiftUI—a system that’s designed to be able to scale from an Apple Watch all the way up to a 27-inch iMac display.

But that era is still a long way off. In the near term, it sure feels like the Mac has a new lease on life—and a central role in Apple’s device strategy. The iPhone and iPad will be subsets. The Mac will be the superset. I can’t wait.