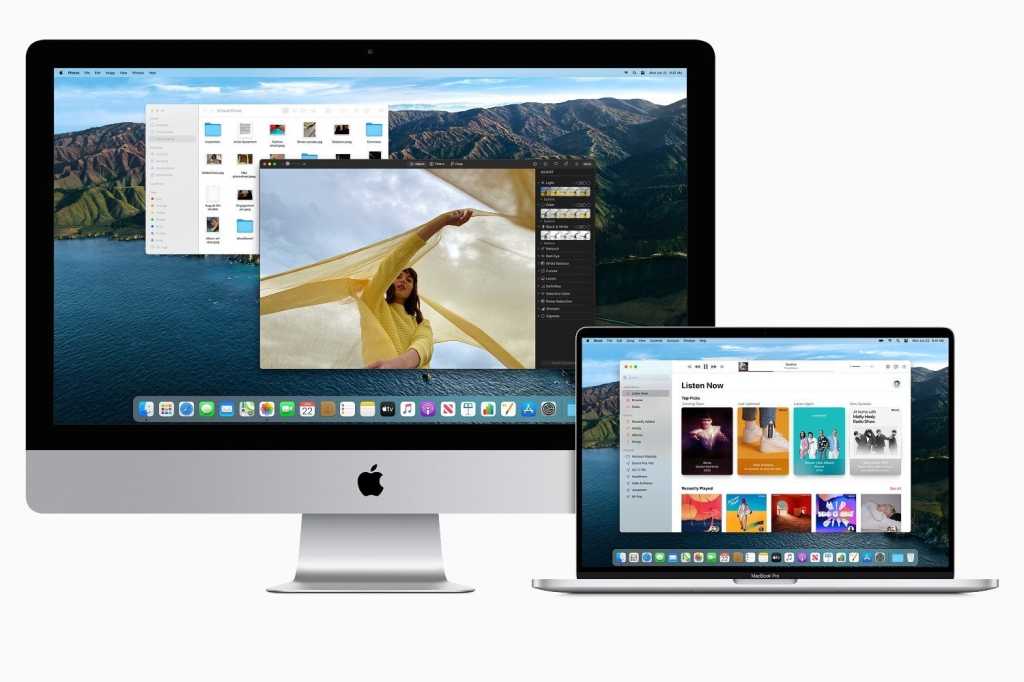 There’s never been a more exciting time to be a Mac user.

And I say that as someone who’s been one for nearly 30 years now, ever since my dad brought home a Macintosh LC in 1991. I lived through the transition to PowerPC, the dark years of the nineties, and the move to both Mac OS X and Intel processors.

Through all that time, the Mac has remained my workhorse. But in recent years, it often seemed as though the old stalwart had been overshadowed by the flashier iPhone and iPad lines, relegated to an afterthought in Apple’s mind.

After this year’s WWDC, however, the Mac is looking more like the Apple product that’s poised to have a huge impact. As we consider the calendar of the next couple years, there is a tremendous amount for Mac users to get excited about.

Sometime later this year Apple will rolls out its first Mac models running on Apple silicon. That frisson of anticipation hanging in the air is because nobody has a really good idea what exactly those models might look like. And not just in an aesthetic sense, though that’s surely part of it. Will Apple opt for consistency, comforting Mac users by producing models that bridge the gap and change little, as the company did for the transition to Intel? Or is this a time to be bold, to push forward and demonstrate “This is what we can do when we’re in complete control of every piece of hardware and software”?

I’m certainly hoping for the latter. Mac design in the last decade has, at times, felt staid and conservative. Sure, the latest MacBook Pro doesn’t look exactly like its 2006 predecessor, but neither is it a huge departure. Likewise, the current generation iMac isn’t hard to trace back to the first aluminum iMac of 2007, but it’s honestly not even that distinct from the iMac G5 that preceded it.

Could those really be the ultimate evolved forms of the Mac, the platonic ideals of notebook and desktop computing? The new Mac Pro certainly illustrates that the company can think outside of the box—or is that inside the box?—when it wants to. Plus, the engineering on the iPhone and iPad proves that when Apple does build its products from the ground up, it’s second to none.

Not only is Mac hardware about to get more capable than ever, but that hardware is about to be deluged with software. Not only will Macs be able to run the same apps they’ve been running for years, but now they’ll add hundreds of thousands of iPhone and iPad apps to the mix as well.

It’s going to be a bit rough at first, to be sure. Not every iPhone or iPad app is going to be a great experience on the Mac. But the simple fact that users will be able to install a mobile app and run it seamlessly is a huge sea change. Plus, having those apps available on the Mac has the added benefit of possibly encouraging developers who ordinarily might not have considered the Mac as a platform to improve their apps to make them better Mac citizens.

Throw in the huge collection of Unix-compatible software that it’s able to run, and the Mac is arguably the most versatile platform in existence, with everything from command-line software first deployed before the Mac even existed all the way up to an app designed for a smartphone in 2020.

On top of all that, Apple’s thrown in the most significant redesign of the Mac operating system since the debut of Mac OS X nearly two decades ago. Big Sur is sure to engender plenty of strong opinions amongst both admirers and detractors, but it’s difficult to argue that it’s not a bold move.

That’s significant because, to my mind, you don’t make that kind of statement on a platform that you don’t care about. While some might see it as a sign of the Mac becoming more iPad-like, I’d argue that it’s about letting the Mac be the Mac, but borrowing from everything that Apple has learned in developing the iPad and the iPhone over the last decade-plus.

The only constant is change, and if the Mac doesn’t adapt, it will die. Therefore, the fact that it’s changing to fit the times is a testament to its longevity. The Mac has been through far worse before, and it’s always survived; hard to say the same about any other technology product entering its fifth decade because, well, there just aren’t that many of them, are there?

The Mac, as Phil Schiller once said, keeps going forever, so what we’re seeing now is just the start of the latest chapter in its long and storied history. And it looks like it’s going to be a good one.