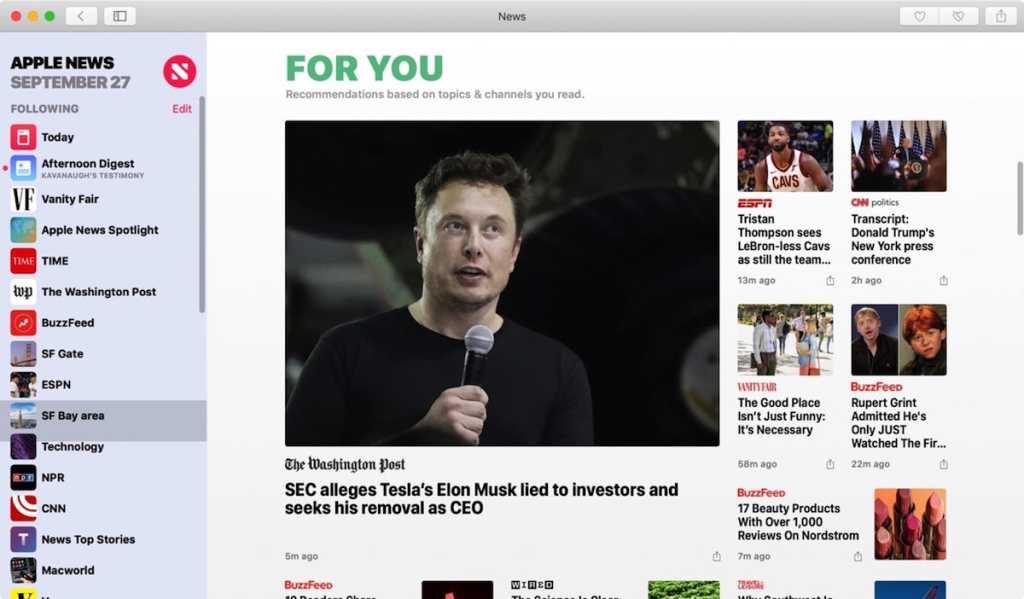 The New York Times has had something of a contentious relationship with Apple News, declining to support Apple News+ when it launched last year and publicly warning publications to steer clear of the service. At the time, CEO Mark Thompson told Reuters he was leery of “our journalism being scrambled in a kind of Magimix (blender) with everyone else’s journalism.”

And now it’s pulling its free content as well. The Times website offers a variety of paid tiers for its content and at last count had more than five million subscribers. In a memo to employees, COO Meredith Kopit Levien said Apple News’ sandboxed model, which doesn’t offer a direct path back to the New York Times website, “does not fit within (the paper’s) parameters.”

The New York Times regularly appears in Google News, but that service merely collects links and sends readers to the original site where the Times can offer subscriptions. Apple News presents full articles and videos within the iPhone, iPad, or Mac app, and doesn’t offer a link to the referring website.

During Apple’s quarterly earnings call in April, Tim Cook announced that Apple News had crossed the 125 million user mark, though Apple has declined to release figures regarding subscriptions to News+, which has undergone criticism for its design and usability. Digiday reported that nine months after its launch, News+ has struggled.