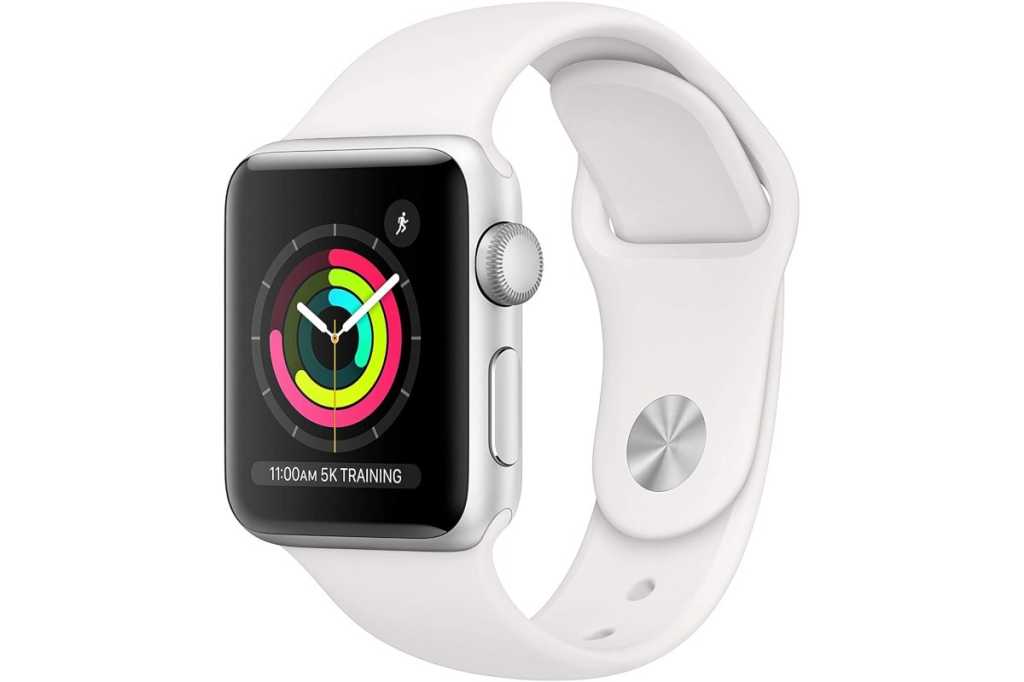 Do you know what time it is? It’s Apple Watch deal time. Amazon is selling the Wi-Fi only 38mm Apple Watch Series 3 with white sport band for $169. That’s the all-time low for this device, and $10 cheaper than the last time we saw it. The 42mm version isn’t on sale today, unfortunately.

We reviewed the cellular endowed version of the Series 3 back in 2017, giving it four out of five stars. At the time we said it was, “the ultimate wearable and the smartwatch to rule them all.” That’s no longer the case as the Series 4 and 5 have both surpassed it. Still, for a smartwatch that costs well under $200, iPhone owners will get a lot of value from the Series 3. Apple Watch Series 5 models start at $399, for comparison.

This particular version of the watch ships with a silver aluminum case. The 38mm Apple Watch Series 3 sports a Retina display that’s a little smaller than the Series 4 and 5 watches. The Series 3 has a heart sensor, but it doesn’t have the ECG feature that later devices do. This watch also has elevation detection, activity trends, cycle tracking, and the rest of the goodies packed into WatchOS.