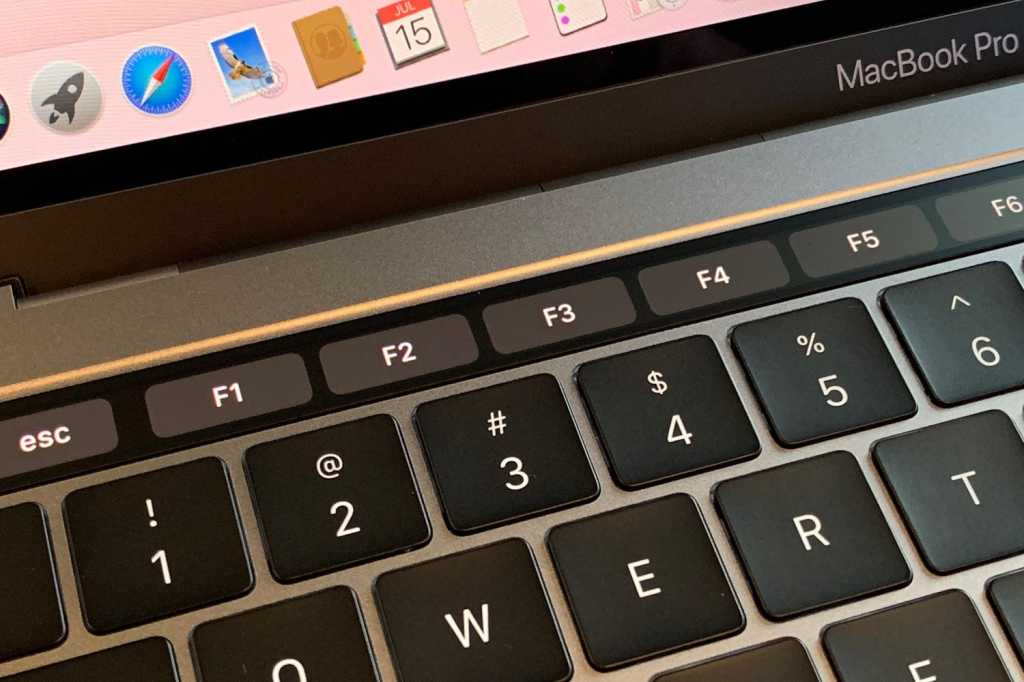 Apple can take this time to also reconsider some Mac hardware decisions of the past decade, most notably the Touch Bar on the MacBook Pro. While some users swear by it, the Touch Bar generally seems to have been received with indifference or scorn. Updates over the years have done almost nothing to improve it, making me wonder if even Apple has truly embraced the thing.

By the end of this year, Apple will begin rolling out those new Macs. Sooner or later, the Intel MacBook Pro will be replaced with a model running on Apple silicon. Here’s the big question: Does that laptop have a Touch Bar at all? And if so, will it be the same… or different?

Powered by the T-series processors in modern MacBook Pros, the Touch Bar is a little part of the Mac interface that has been running Apple silicon since it was introduced. The silicon is also running its own operating system called BridgeOS, which is apparently based on watchOS. The Mac and the Touch Bar talk to each other, but in many ways they’re two separate computers.

Apple has spent the last few years offloading a bunch of Mac functions onto the T2 chip, doing things in uniquely Apple ways that wouldn’t have been possible using Intel’s processors and chipsets. That’s all very clever, but once Macs are running entirely on Apple silicon, they won’t need the T2 anymore—the main processor can take on all those jobs.

So what happens to the Touch Bar? If Apple wants to keep it going, it probably needs to re-architect how the Touch Bar works, to run on the same processor as the rest of the Mac. This might be good for the Touch Bar, in that it could be deeply integrated into macOS for the first time, rather than running at a remove via BridgeOS.

Perhaps Apple is satisfied that the Touch Bar is exactly what it needs to be, and will put in the work to rebuild the Touch Bar to behave exactly on Apple Silicon as it does on modern Macs. (I’d suggest that the “classic” Touch Bar could use a little bit of love, but macOS Big Sur offers no real Touch Bar improvements, so I doubt any are forthcoming.) But it seems more likely to me that the company has to choose between two paths for the Touch Bar: mend it or end it.

If the Touch Bar is going to remain and evolve, it needs to get away from being just a keyboard row. Think taller, with room for more information and more room for fingers to move and swipe in two dimensions.

This year, along with Macs running on Apple silicon, Apple is releasing a unified feature across Mac, iPad, and iPhone: A new style of widgets, glanceable pieces of information from the operating system and third-party apps. iPhone users will be able to put widgets on their home screens. iPad users can stash them in the sidebar on the first page of their home screens. And Mac users… have to click on the clock in the menu bar in order to temporarily reveal them within Notification Center.

It’s better than nothing, of course, but how about letting Widgets run somewhere else? If the Touch Bar was expanded to be one row taller, it could display small and medium-sized widgets. If Apple embraced the Touch Bar as a second display, rather than a screen the size of a keyboard row, it could become the place for quick, glanceable and swipeable information. I’d wager more people would use Touch Bar widgets than use the existing Touch Bar—and they wouldn’t get in the way of the rest of the Mac interface.

Or end the experiment

Then there’s the other option: Give up. Consider the Touch Bar an interesting latter-day Intel era experiment to bring some iPad and iPhone vibes to the Mac. The Intel era is at an end, and so perhaps it’s time for the Touch Bar to fade away, too.

Macs running Apple silicon will have access to iPhone and iPad apps aplenty, and perhaps will even have touchscreens for the first time. Apple won’t need the Touch Bar to bring multitouch interfaces to Mac users.

I’ve spent an awful lot of time using iPads with attached keyboards, and it’s become clear to me that the two perpendicular planes of a traditional computer interface—the screen and the keyboard—are used in entirely different ways. I don’t look down at my keyboard, except occasionally to orient myself, and I navigate it by feel.

Apple talks a good game about letting each device it makes focus on what it does best, but the keyboard is not a place to look carefully and touch only when you’re certain about what you’re touching. There’s already a place for that kind of interaction. It’s the screen. And once the Mac gets a touchscreen, it won’t need the Touch Bar anymore.

I can’t say what Apple will do with the Touch Bar. But if I had to guess, I’d say that the lack of effort put into the Touch Bar in the past few macOS updates suggests that Apple itself doesn’t believe in it, and has been waiting for an appropriate moment to let it fade away. The transition to Apple silicon is that moment. And while I kind of like the idea of a widget bar at the top of my MacBook keyboard, it’s an idea that feels like it’s trying a bit too hard.

That’s the story of the Touch Bar as a whole, isn’t it? It was designed to address some of the Intel Mac’s deficiencies, and with Apple silicon those deficiencies are going to be wiped away. The Touch Bar’s services are no longer needed.