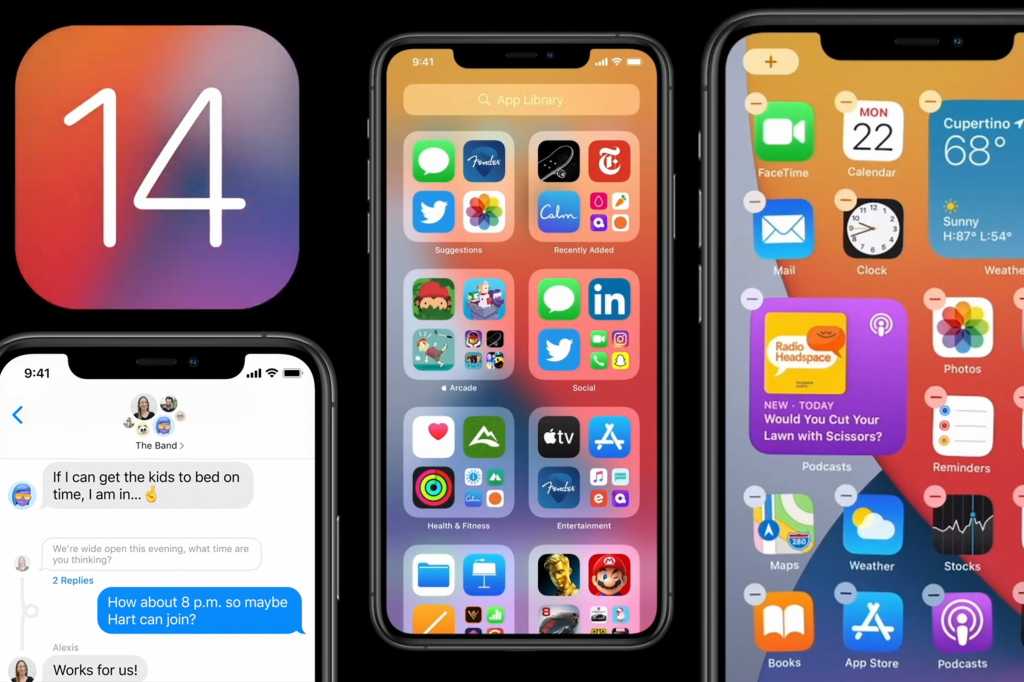 Nobody would credibly argue that Apple is a very open tech company, but the walled garden is at least getting a few new gates this fall with the release of its new operating systems ( iOS 14, iPadOS 14, and macOS Big Sur).

Apple is making it possible for more outside devices and software to work with its own technology, and that’s going to make the Apple ecosystem stronger. Here are five ways Apple is embracing the outside world with its fall operating system releases.

Currently, Safari extensions are built using Apple’s own proprietary tools. They’re installed via the Mac App Store, but there’s no browsable category for it. You can get to a list from Safari or direct web links, but browsing around find great extensions is difficult.

In macOS Big Sur, Apple is adding support for the WebExtensions API, a cross-browser development method that is currently used by the Firefox browser, and is very similar to the developer interface for Chrome extensions. That means most Firefox and many Chrome extensions will be very easy to bring to Safari. But unlike Firefox or Chrome, Safari will allow you to specify which sites an extension can access.

This is likely to result in a flood of great new browser extensions, so Apple’s making a dedicated category in the Mac App Store. Browsing for and discovering new extensions should be a much better experience.

Set default email and browser on iPhone and iPad

To date, you haven’t been able to set default apps on your iPhone or iPad. While Apple still has a long way to go to make iOS or iPadOS truly open with replacing Apple apps with others, it is taking a great leap forward by allowing you to set default email and web browser apps.

When you click on a link today, it opens Safari. In iOS 14, you can install Firefox or Chrome (for example) and make links open in the browser of your choice by default. Its worth noting that, on iOS and iPadOS, third-party browsers still use the Safari page rendering engine for security purposes.

The same goes with tapping on an email address to choose to send an email to one of your Contacts. That always opens the Mail app today, even if you have other email apps installed and prefer one of them. With iOS and iPadOS 14, you can change the default to Gmail, Outlook, Spark, or whatever other app you want.

Cynics will say this is coming just in time to head off antitrust investigations both in the U.S. and European Union, but regardless of how we got here, customers win.

That includes being able to use the Core Haptics framework to access the rumble features of modern Xbox and Playstation 4 controllers. Developers can even take advantage of things like motion controls or the PS4 controller’s light bar. You’ll also be able to re-map buttons, which is an important accessibility feature but convenient for everyone.

Apple will add keyboard and mouse support for iPads, too. Keyboards and mice are not currently part of the gaming controller framework, so games that try to implement support often run into problems with multiple keypresses and sluggish response. With this change, iPads could be formidable gaming devices for “serious” first person games that often feel awkward with touchscreen controls.

Nearby Interaction framework for U1 chip

The U1 Ultra Wideband (UWB) chip in the iPhone 11 is currently not used for much more than a slight enhancement to AirDrop. Apple doesn’t really use it for anything else of note, and it is all but inaccessible to developers. The technology is expected to be in this year’s iPhone 12, probably future iPads, and Macs with Apple silicon, and likely plays an important role in Apple’s future augmented reality products.

With iOS 14 and iPadOS 14, Apple is allowing developers to access the U1 chip to determine the precise location of nearby Apple devices (on an opt-in basis, of course).

This means developers can real-time interactive games, apps, and AR experiences that feature the exact position and orientation of not just your iPhone, but others as well.

Apple’s Find My network lets you find your Apple devices and people who grant you permission to follow, but that’s all. It is an excellent way to see where you might have left your AirPods or iPad, or see where your friends and family are, but it’s not much use for all the other stuff in your life.

We’ve heard rumors for ages of Apple developing it’s own little Tile-like trackers called AirTags, and it may yet still do that. But this fall, it’s going a lot further and launching a Find My accessories program.

This isn’t meant for consumers, it is for companies making commercial products. But it means that in 2021, we may see quite a few third-party products—from dedicated tracking devices to accessories like headphones–that can be found with the Find My app the same way Apple products are.

The details of the program are not yet available, and we don’t know what it will cost companies to produce products using it (licensing, certification, and hardware requirements will all play a factor). But the reach of Apple’s network makes it highly desirable: Every iPhone, iPad, and Mac is a potential locator device without the need for any special software.