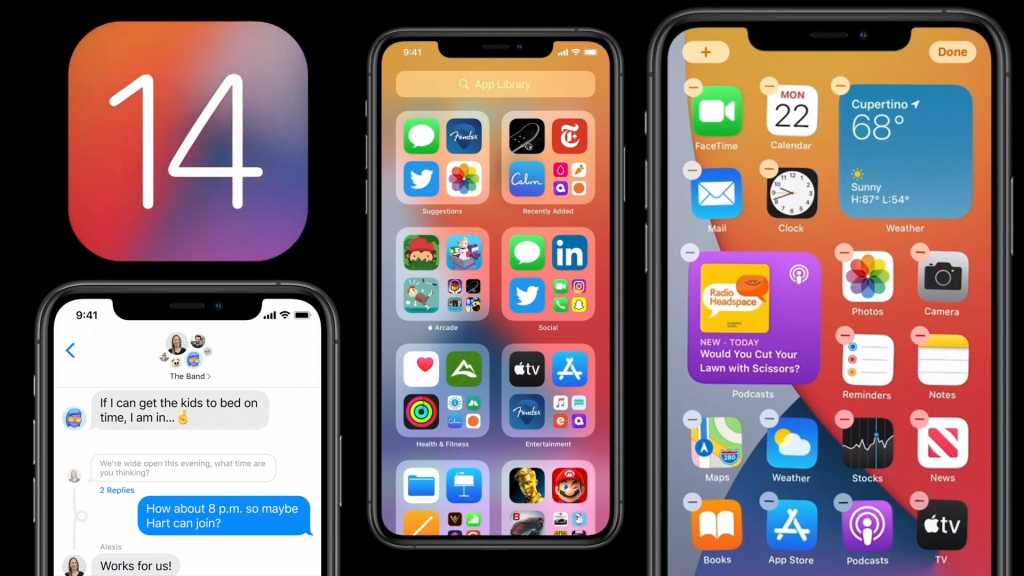 Even if you haven’t rushed to install the iOS 14 and iPadOS 14 public betas on your devices, you already know all about the new features that’ll transform your home screen, apps, and overall mobile experience in exciting new ways. Major changes are in store for our home screens, widgets, and apps, as Apple makes some long-overdue tweaks to the iPhone and iPad experience.

But it’s not all moonlight and roses. I’ve been testing the new betas since they landed last week, and I’ve run into frustrating quirks and roadblocks along the way. Don’t get me wrong: There’s a lot to like here, but in true Apple fashion, old systems and puzzling decisions keep the new features from being as great as they can be. There’s still a lot of time for the betas to be tweaked, of course, but here’s what I like and don’t like so far.

Finally, right? A feature that is hilariously and horribly overdue, Apple now lets you search the emoji list so you don’t have to rely on the flaky predictive text or your own memory. When you tap the emoji button on the stock iPhone keyboard, you’ll see the same interface as before, with a left-right library of all of the emoji available for use, but now there will be a search bar at the top. It’s fast and smart, searching for both context and emoji name so you should find what you’re looking for on the first try.

While emoji search is awesome on the iPhone, it’s not available on the iPad. You do get a new pop-up interface that’s nicer to look at and a little easier to navigate, but there’s no search bar anywhere to be found. So if you’re using the Magic Keyboard, you’ll still need to reach up and swipe to find your expression. (Insert weary emoji here.)

Many of us have been waiting for years for Apple to rethink the iOS home screen, and Apple finally delivered. I would’ve been happy with a Launchpad-style interface that hid a searchable launcher for your apps, but Apple took it a step further, letting you hide home screens, add widgets, and keep things organized without sacrificing the iPhone’s decade-long identity. It’s smart, intuitive, modern, and clean. and best of all is if you like your home screens the way they are, you don’t have to do anything.

It’s also a little tricky to figure out how it works. I’m sure Apple will provide a tutorial for new iPhone buyers, but as it stands, there isn’t much to indicate that home screens can be hidden or even how to do it (by tapping the dots at the bottom of the screen when in jiggle mode). And it’s sorely missing from the iPad.

The App Library may be the smartest feature I’ve ever used on a phone. Not only does it blow Android’s app drawer out of the water, it makes it incredibly easy to find and launch apps on your phone. Accessible by swiping all the way left past your last home screen, the App Library organized your apps by category and use, with suggestions of your most recently used apps and recently added apps at the top and other categories following based on your usage. It’s nice to look at and a downright pleasure to use.

For everything that’s great about the App Library, it has one major shortcoming: You can’t customize it. So if you want to rearrange the categories or even add a new one, you’re out of luck. That takes away some of the usefulness of the App Library, as you’re at the mercy of Apple’s algorithm that selects just seven apps at most.

I’ve never been a big fan of home screen widgets on my iPad or Android phones, but I love Apple’s iOS 14 widgets. They’re pretty for one, but more importantly, they do what they’re supposed to do: present a glanceable bit of information that saves you from needing to open the app. They’re fairly limited at the moment, but once developers start releasing them for their own apps, widgets will become an indispensable of your home screen experience.

Most widgets come in several sizes, but you can’t actually resize them. To pick a bigger or smaller one, you need to delete it from the home screen and add a new one, a clunky process. You also can’t interact with widgets yet, so a calculator or small game is out of the question for now. They’re also very pushy when trying to put them in position, so if you’re trying to get your home screen just right, it’s going to take several attempts.

The full-screen takeover for Siri and phone calls is finally gone, and it’s a joy to behold. When you summon Siri on either the iPhone or iPad in iOS 14 you’ll get a small icon at the bottom of the screen or a banner that’s much more pleasant. And phone calls no longer interrupt your focus with a jarring full-screen pop-up. You’ll see a small banner at the top of the screen that can be easily ignored. The Siri interface is especially nice, but both are a huge improvement over iOS 13.

While the banner for phone calls lets you keep working when an alert comes in, summoning Siri still forces you to stop what you’re doing, unlike the Mac where you can keep working. So you’re not really gaining anything with the smaller UI other than nicer visuals.

Plus, there’s a weird disconnect between the Siri interface and the response on the iPhone. The interface is on the bottom of the screen but the response appears at the top of the screen, which takes a beat to find. I’m sure I’ll get used to it, but right now I’m actually spending more time away from my work when I need to ask Siri a question.