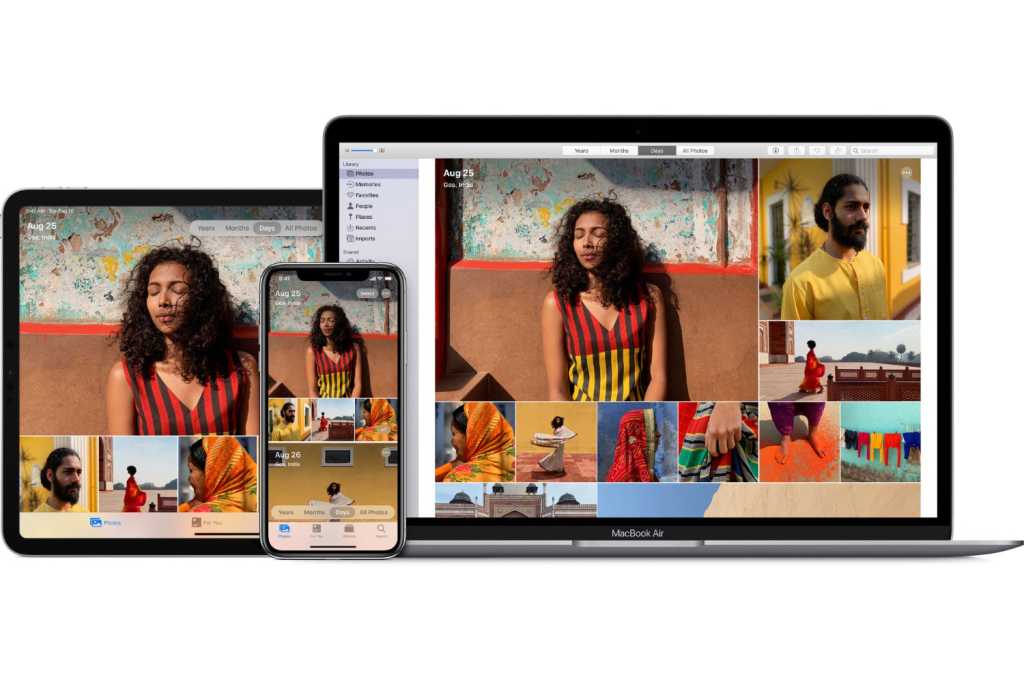 It is extremely handy to tag people you know in photos you take. You can then easily find images of those people across time and at specific events. This feature appears in Photos in iOS, iPadOS, and macOS, but may not work correctly across devices without iCloud Photos enabled—and sometimes even with it turned on.

Many companies have tried to make this easier by adding facial recognition, so that software algorithms try to guess who is the same person across many faces in your photos, which may include your dearest loved ones and legions of strangers.

Apple’s most recent approach, implemented several years ago in Photos, kept all facial ID local to your computer or mobile device. (As opposed to, ahem, Google.) In 2016, it promised a secure way to sync this information via iCloud, which finally went into effect in Photos 3 in late 2017 for macOS and the Photos app in iOS 11.

The trick Apple employs is creating a sort of shorthand mathematical signature of each photograph associated with the same person. It is a system similar to iCloud Keychain that allows Apple devices logged into the same iCloud account to exchange those signatures via iCloud sync without Apple having the ability to decrypt and view it. Apple doesn’t send names or images, just these shorthand notations.

With iCloud Photos enabled, this should allow the same photos to have the same people identified in each of them. In practice, I’ve found facial-recognition generally poor. Whenever I revisit a person’s entry in the People album, I find a lot of photos containing unrelated faces. No matter how much I sort and train, it never seems to get much better. And the set of images on my iPhone and Mac don’t seem to match for people, either.

Readers have written in about this problem lately and a related one. If you opt to not use iCloud Photos, which can rack up iCloud storage fees if you have a fair number of images, but instead use iTunes (Mojave and earlier) or the Finder’s sync interface (Catalina and later) for synchronization, faces may be out of joint.

Photos does attach a person’s name to an image’s metadata, so that syncing passes that along in a way that Photos on another device can read it and assign that person to the correct identity in Photos. But it doesn’t bring sorting order or other parameters along. Because the facial recognition isn’t synced via iCloud, using direct iTunes or Finder sync also seemingly means ID performed on one platform may not be the “truth” (the most accurate associated information for a piece of data), leaving Photos to wrestle with which faces to tag.

If you export images from Photos for macOS, it does retain people’s names that you’ve tagged, however, allowing use of that information in other photo-management software.

This Mac 911 article is in response to a question submitted by Macworld reader Cary.