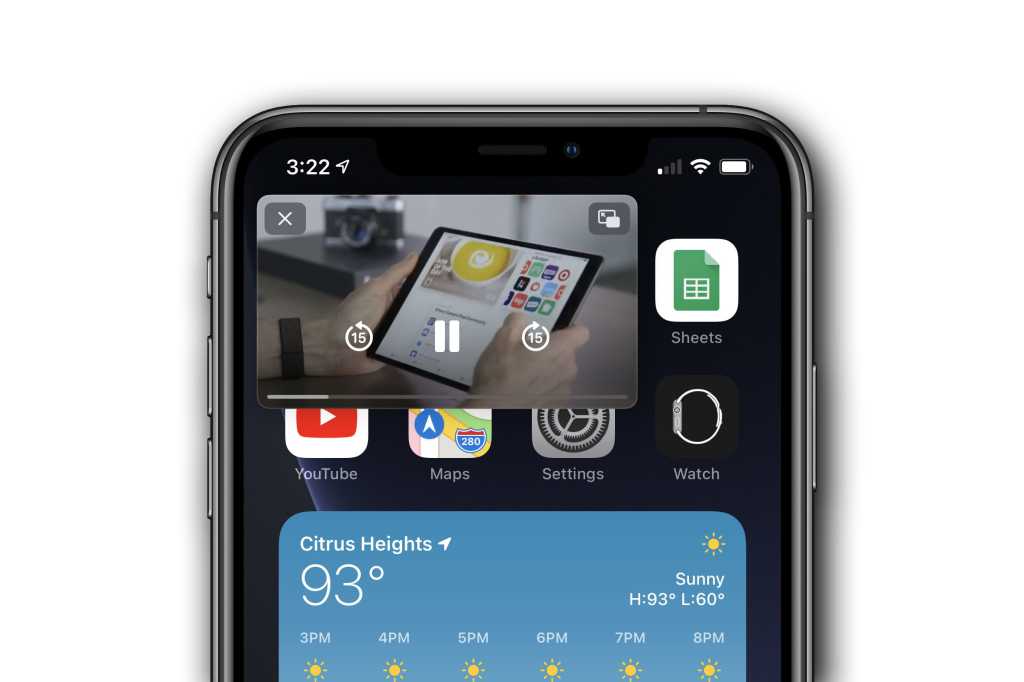 Apple first implemented picture-in-picture on the iPad way back in iOS 9, and users have been clamoring for it to come to the iPhone ever since. With iOS 14, Apple is finally giving us our wish. PIP is coming to iPhone, and it works almost exactly like it does on iPad.

Apps need to incorporate support for the feature, though. During the early beta days, you can use the TV app or any video that streams in Safari, but popular apps like Netflix and YouTube have not yet implemented PIP support. That will likely change by the time iOS 14 is released in the fall.

How to use picture-in-picture

To start watching a video in PIP mode, just tap the PIP icon in the upper left. You’ll have to be using an app that supports PIP video like the TV app or Safari.

The video will shrink down into the corner. Tap it to view simple controls. Double-tap it to change the video size: small, medium, or large.

If you want to expand the video back to full screen, tap the PIP mode button in the upper right of the PIP video box.

You can drag the PIP video to any corner of your iPhone display. At the large size, it takes up the entire width (in portrait orientation) and can just move to the top or bottom.

If you want to hide the video but keep the audio playing, just swipe it off the edge of the screen. You’ll see a little tab where the video is hidden off the screen. You can drag the tab up or down to get it out of the way of whatever app you’re using, and swipe it back to restore the video.

How to use PIP in a FaceTime call

Making a FaceTime call go into PIP mode is a little different than other video. There’s no obvious PIP mode button.

Instead, just leave the FaceTime app—swipe up to return to the home screen or swipe right along the bottom edge to jump to the previous app. Doing this in previous versions of iOS would cause your call continue without you seeing it, but in iOS 14 your call will automatically shrink into a PIP window.

Until YouTube releases a version of its app that is compatible with picture-in-picture, you’ll have to use Safari.

Go to the YouTube website in Safari and start playing a video. Then tap the little box in the corner of the video to enter full screen mode.

You’ll then see the PIP button in the upper left, or you can simply swipe up to return to your home screen.