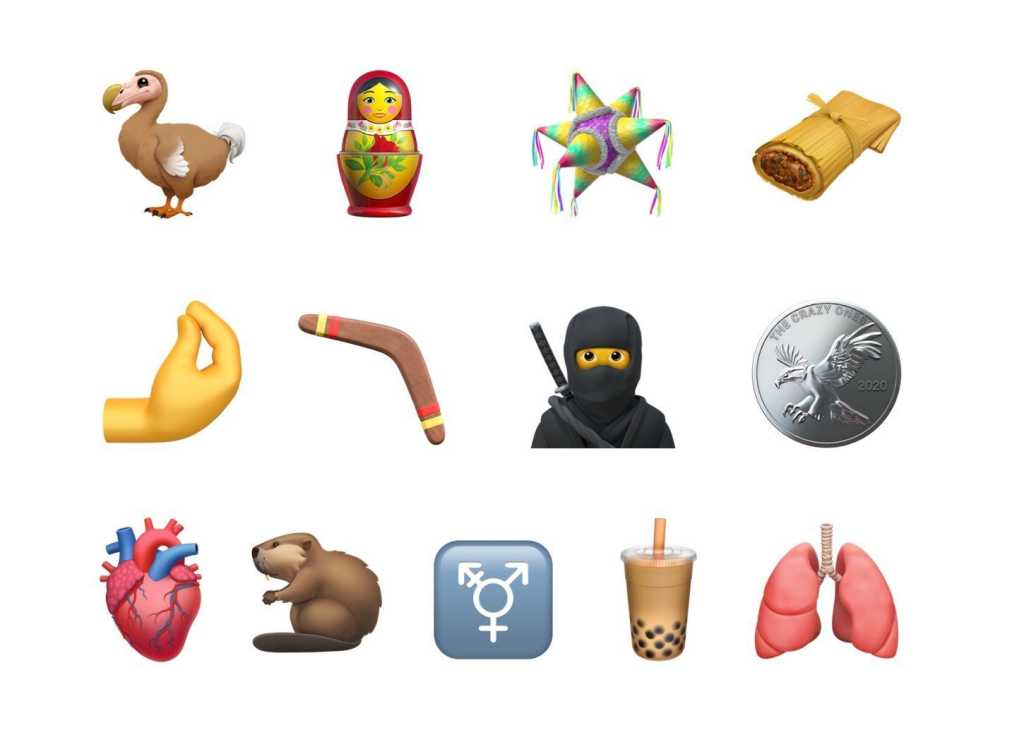 Back in January, the Unicode Consortium that decides on text encoding standards published its list of 117 new emojis for the Emoji 13.0 standard. The list is comprised of 62 totally new objects and 55 skin-tone and gender variants.

In celebration of World Emoji Day, Apple has given a bit of a preview of what these new emoji are going to look like in iOS 14, iPadOS 14, and macOS Big Sur.

The first of these new Apple emojis are previewed at the excellent reference site Emojipedia. There, you’ll find previews for 13 of the new emojis.

Highlights include Pinched Fingers (the “Italian hand gesture”), Bubble Tea, Ninja, and Transgender Symbol. You’ll also be able to send someone a heart for the first time—not a ♥️, but an anatomical heart.

When will you get them?

Apple typically adds new emoji just after the release of the new operating systems in the fall. That means you should probably look for them in iOS and iPadOS 14.1 or 14.2, and in macOS Big Sur version 11.1 or 11.2.

This year, COVID-19 may have played havoc with the typical OS development and release schedule for Apple. Events like WWDC and the subsequent beta releases were pushed back a few weeks. It’s possible the new emojis may be released later than usual, or they may even be in the initial release if it comes later than the usual September release date.