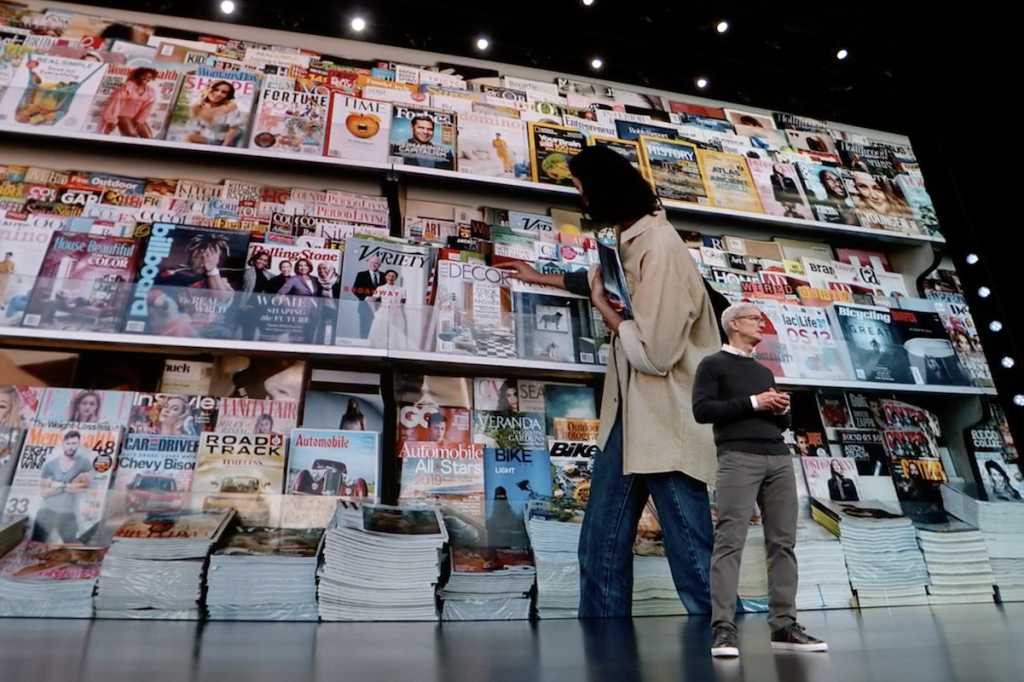 Apple News+ might be the least compelling of Apple’s services, but a new update revealed on Wednesday might make it a little more enticing to users who haven’t yet given it a shot. And if not, maybe four months free will convince people to try it.

Apple announced several changes to News and News+, with new audio stories leading the way. Subscribers will get access to “about 20 audio stories a week” from some of Apple News+’s biggest publishers, including Sports Illustrated, Wired, Esquire, and Fast Company. Apple says the new audio stories will be narrated by professional voice actors and span “a wide range of interests.”

But you don’t have to be a subscriber to get your audio on. Apple will also be producing a daily audio news briefing for all users. Hosted by editors Shumita Basu and Duarte Geraldino, the podcast-style show will “guide listeners through some of the most fascinating stories in the news—and how the world’s best journalists are covering them.” New programs will arrive daily Monday through Friday in both the News app (inside a new Browse tab) and Apple Podcasts. Users will also be able to listen to audio stories and daily briefings in CarPlay.

If you prefer to read your news, Apple is also introducing a new curated local news experience in five regions across the U.S.: the Bay Area, Houston, Los Angeles, New York, and San Francisco. If you live in one of these areas, the News app will show a new group in the Today feed “featuring a variety of content from a diverse collection of local publishers, including a major newspaper in each city and region.” Apple says the collections will be hyper-local, including coverage of “sports, dining and restaurants, weather, news and politics, and more, with curation by local Apple News editors as well as personalization for each user.”

Speaking of local news, Apple News+ subscribers will be getting a few more publications to choose from. Apple has added six newspapers to the catalogue, including The Charlotte Observer, the Idaho Statesman, The Kansas City Star, the Miami Herald, The News & Observer, and The State (Columbia, South Carolina). Additionally, French-language newspaper Le Devoir is available for users in Canada, and The Globe and Mail will be appearing later in the summer.”

If you want to try out Apple News+, there is a one-month free trial, but right now you can test it for four months without paying a cent. Best Buy is offering a lengthy free trialRemove non-product link for both new users and prior users (though you’ll only get three months if your Apple ID has previously been part of a free trial), which should be plenty of time to see if you want to stick with it. When you sign up for the promotion on the Best Buy site, you’ll receive a code that can be entered in the News app on your Mac or iOS device. You’ll need to remember to cancel your subscription with the four-month trial to avoid being charged the regular $10 per month rate.