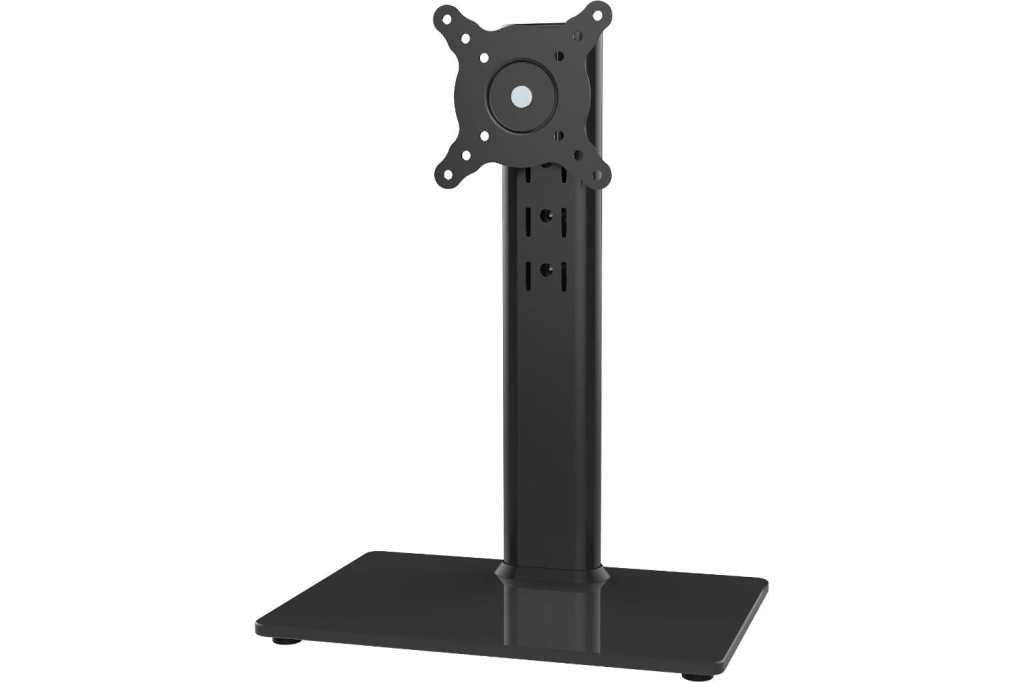 On the heels of a recent column about macOS’s built-in option for rotating a monitor from landscape to portrait display via the Displays preference pane (or third-party software), some readers noted their monitors lacked a physical component.

Some monitor display stands include a rotation joint, and can also extend themselves higher to allow the screen to be at the correct elevation in portrait view. However, you may never have considered that as an option to look for when buying a monitor. You may be able to retrofit rotation, however, by using the VESA hardware interface found on the back of many monitors and some computers, or by adding a VESA adapter if your device lacks it.

Monitors and all-in-one integrated computer displays that support VESA have four screw holes at precise distances in a rectangular pattern. You may have never noticed this if you’ve never used anything but a stand that comes with your display or that’s built in. Some monitors use VESA for the stand that’s supplied.

A huge number of VESA-compatible stands or adapters that work with a variety of stands are in the marketplace. For instance, this adapter and stand ($31.95), can tilt (forward and back), swivel (around its base), and rotate up to 360° around the screen’s access. These stands come with the screws that connect a plate to the VESA-compatible screw holes. (You can also get VESA swing-arm mounts like the kind you’ve probably seen in doctor’s offices.)

Many Apple monitors and its iMac series were sold with a stand that could be removed and replaced with an Apple-designed VESA adapter that provided the standard spaced screw holes. The adapter worked with any VESA stand that could support its weight. Apple no longer sells adapters for old displays and iMacs, but third-party versions are available, like this HumanCentric one ($31.99) that works with several Apple displays and iMacs; the same company also offers versions for the large Cinema displays and an extra-clever solution for iMacs that have non-removable stands.

New iMacs can be purchased in special VESA versions. The new Pro Display XDR doesn’t come with a mount, and you can pick an Apple stand or VESA adapter as an option.

This Mac 911 article is in response to a question submitted by Macworld reader Carl.