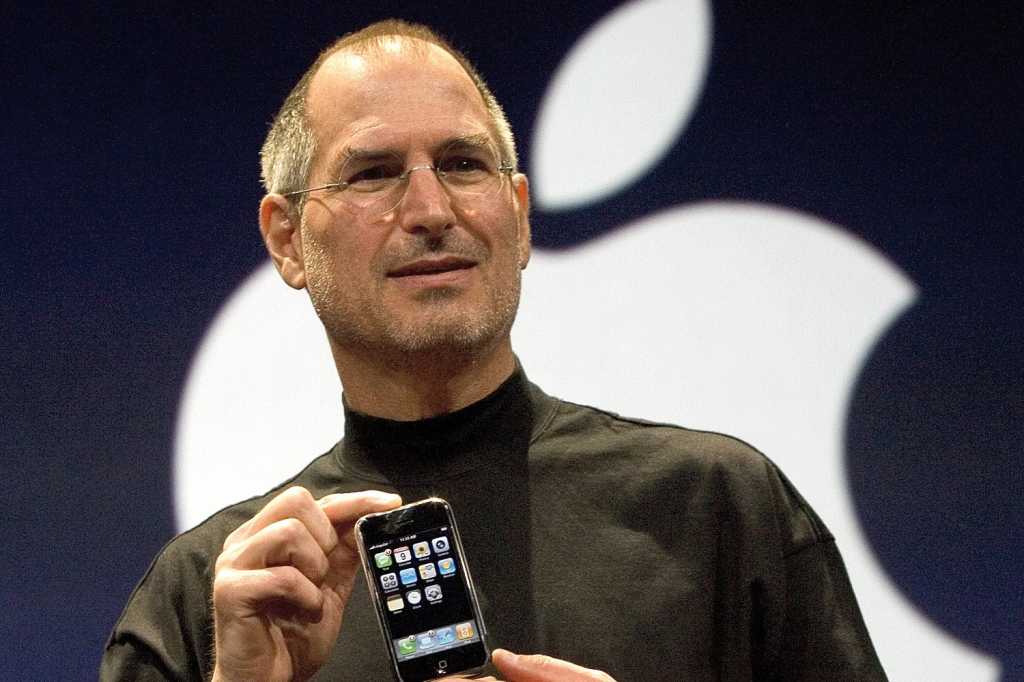 I wrote my first story about Apple in 1993, meaning I’ve been covering Apple for 60 percent of its existence. Lately, I’ve realized that beyond a few major milestones, most people don’t really remember Apple as anything but a technology titan. But the two very different Apples of the 1990s and early 2000s are worth remembering, rather than losing them in a hazy muddle that begins with Steve Jobs leaving Apple and ends with the arrival of the App Store.

I’ve tried to categorize the history of Apple into six distinct eras where the company’s approach and position were remarkably different, with special attention paid to the two most undersold eras in company history.

You know the story. Two guys named Steve built a company in a garage in the earliest days of the personal computing. There’s been plenty of myth-making about this era in Apple’s history, and for good reason. In 1982, high on Apple II sales, Apple hired John Sculley of Pepsi as its CEO, and this era came to an end.

This era encompasses the continued success of the Apple II, the release of the Macintosh, and the Mac’s growth under Sculley. It’s funny to think about how Jobs’s legendary shepherding of the original Mac project came as his power base in the company was crumbling, and a year after the Mac arrived, Jobs was gone.

What remained was a company that was ready to iterate on that original Mac and take it to some great places. The Mac became dominant in media circles thanks to the advent of desktop publishing. My first Mac was an SE, purchased in this period.

Apple grew a lot during this period, transforming from the legendary garage startup into a more traditional corporation. Microsoft and IBM PCs loomed as threats, but the Mac was still clearly the best choice for the job—and the money flowed.

I tell people that I started writing about Apple when it was doomed. And indeed, deciding to specialize in Apple computers in 1993 seemed about as smart as covering radio dramas during the roll-out of television. Microsoft was on the march, and the release of Windows 95 massively closed the gap between Macs and PCs, robbing Apple of one of its great advantages.

The PowerBook, released at the very start of this era, was a winning product that helped earn Apple a lot of goodwill. But that goodwill was rapidly squandered with the disastrous second-generation PowerBook, the 500 series, and its even more disastrous successor, the PowerBook 5300.

Apple CEO John Sculley was booted during this period, and his replacements got increasingly less inspiring. Apple had a whole lot of money during this period, and not a whole lot of sense, and it flailed around to find a solution that would allow it to become the legendary Apple of the previous era again. It also shot itself in the foot repeatedly, as it did when it licensed Mac OS to outside hardware makers to create Mac clones.

And just like that, the money ran out. Gil Amelio, the clueless executive left holding the bag, only had a few moves left. Even his single best decision as Apple CEO was a happy accident: Desperate to find a modern operating system because of Apple’s inability to build a new version of Mac OS, he ended up getting talked into buying NeXT.

Yes, NextStep became the foundation of all of Apple’s operating systems to this day. But even more important was that the founder of NeXT, Steve Jobs, came along with the purchase.

The popular narrative of Steve Jobs’s return to Apple is simple: Jobs came back and saved everything. Which, yes, that did end up happening. But I think it gives short shrift to this very interesting period at Apple, where Jobs was back and putting his plans in motion—but Apple was also hungry to try anything and everything to get back in the game.

We remember the successes. The original iMac, introduced in 1998, really marks the start of the turnaround. The iPod followed in 2001, and combined with the launch of Apple’s retail stores, Apple changed its brand, brought back the Mac, and primed the pump for the launch of the iPhone.

But there were failures and false starts, too. Apple’s partnership with IBM in 2003 led to Apple announcing the Power Mac G5 and Jobs promising a 3GHz processor would be available within a year. IBM was never able to deliver, and Apple ended up having to jettison the entire PowerPC alliance and run into the arms of Intel, formerly Apple’s archenemy.

And in 2002, Jobs stood on stage, mocked Apple’s previous efforts to sell server hardware, and explained how Apple would remain committed with the new Xserve server, Xserve RAID storage array, and Mac OS X Server software. It was worth a shot, but it just didn’t work out—and both Xserve and Mac OS X Server slowly faded away as Apple found better areas in which to focus.

And then there were Apple’s bumbling attempts to add online services to its portfolio during this period, from .Mac to MobileMe. iCloud has evolved into a solid service, but only after more than a decade of belly flops.

Yes, there was magic in the early era of Jobs’s return. But it was hardly an effortless performance. In this era, Apple was sweating—trying hard, and often, to find places where it could push itself forward. We remember the success, but maybe not the sweat.

Beginning with the launch of the App Store in 2008, this is the era in which Apple went from being a big tech company to being one of the richest and most powerful companies in the world, largely on the growth of the iPhone.

In this era, Apple introduced the iPad, rapidly advanced iOS against competition from Android, honed its chipmaking skills, and made enormous amounts of cash.

By 2015, however, iPhone growth began to slow. You can mark the end of the era in 2015 or, if you prefer, 2018. But I’d argue that once iPhone growth slowed to a crawl, the era of Apple’s rapid expansion had come to an end.

And then there’s the current era, in which Apple is finding growth in new areas beyond the iPhone—most notably wearables (Apple Watch, AirPods) and services. Apple’s a gigantic force in the world, the target of regulatory investigations and white papers from politicians who seek to limit its reach.

Where does the company go from here? It seems like a return to Doom is unlikely, but there’s a real question about whether Apple is going to enter a period of senescence, where it makes loads of money but stops growing and changing, or if the corporate culture defined by Steve Jobs drives Apple’s current generation toward new products, new categories, and a constant reinvention of what Apple is.

If I’ve learned anything in the last 27 years, it’s that Apple rarely stands still for very long. Perhaps sometime this decade, Apple will exit its post-iPhone period and enter another exciting new period of growth and change. I sure wouldn’t bet against it.