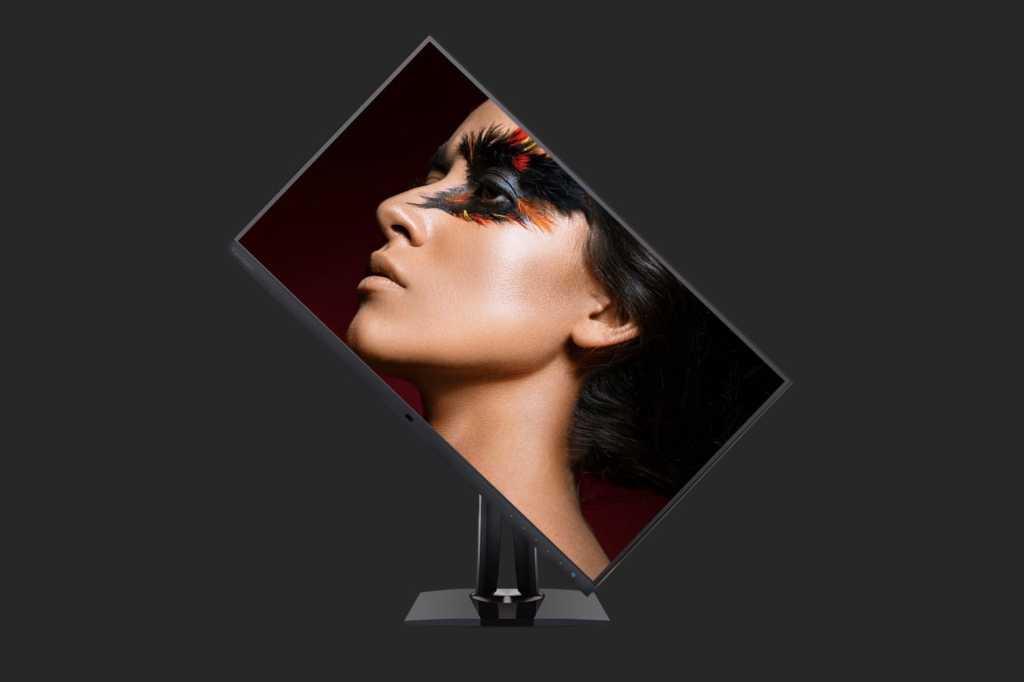 Poking at portrait orientation of monitors attached to your Mac definitely scratched an itch for some readers, based on the mailbag. You can read the original column on how to use the Displays preference pane in macOS or a third-party utility that works where macOS doesn’t, and a follow-up on using the standard VESA mount to attach some monitors and Macs (in some cases requiring an adapter) to a more versatile display stand that includes a rotating joint for switching easily from landscape to portrait.

But one reader went shopping for a monitor that included a stand that could rotate and came up empty with online retailers. It’s easy to tell with a display you already own whether it can rotate or not: look at its stand or try to turn it. (This does remind me uncomfortably of Homer Simpson trying to pull out a sofa bed from a couch and tearing fragments from it before remembering that this couch didn’t have a pull-out bed.)

The answer is to start at manufacturers’ sites and learn the lingo. In monitor-land, my use of “rotation” is imprecise, as it can describe any of several ways in which a monitor and its stand may move relative to each other. The four different properties are:

I find the easiest way to locate which monitors include at least a 90-degree pivot, if not other rotation features, is to visit major monitor manufacturers’ websites. There aren’t that many, and they include Dell, LG, Samsung, and ViewSonic. You can find other brands you might be interested in at online retailers.

At the site, there’s usually a way to list and filter monitors, including by feature. ViewSonic offers a store with these features, but you don’t have to shop there. Drill down from its Products listing by clicking Monitors in the left-hand navigation bar, click Shop All, then click Portrait / Landscape (Pivot) in the left-hand navigation bar. This reveals (at present) 25 models that match.

If you want to purchase a monitor that’s VESA compatible, per my other column, you can also use a manufacturer’s site to find such monitors or ensure compatibility. ViewSonic has a filter in its monitor listing for “100 x 100 mm” (the primary VESA mounting dimensions), which currently has 100 matches against products it offers.

This Mac 911 article is in response to a question submitted by Macworld reader Ulrich.