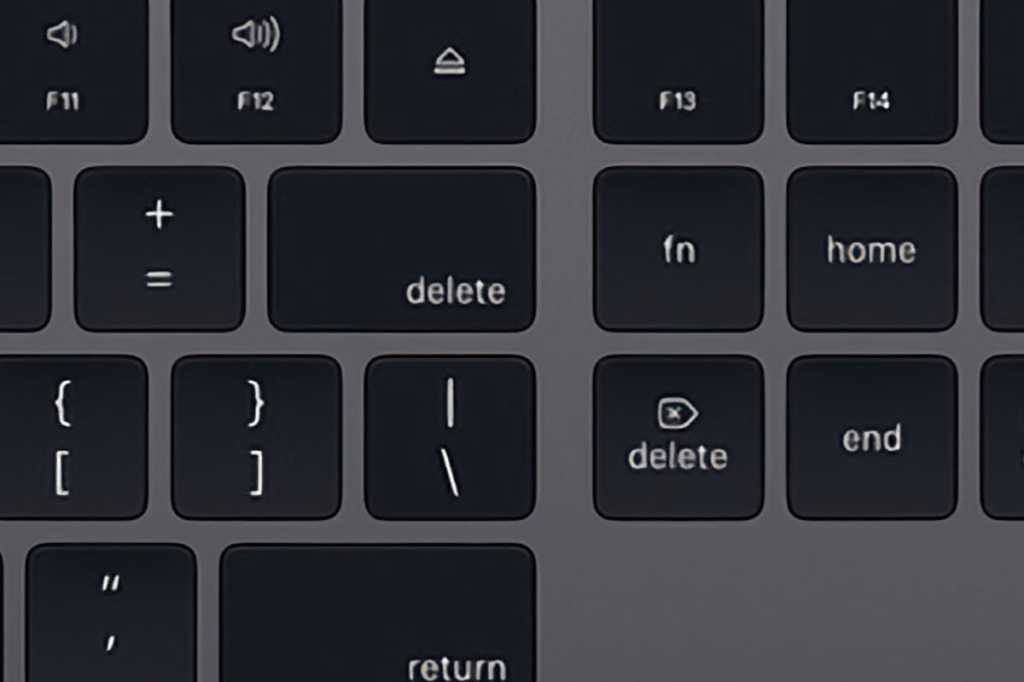 If you’re a long-time Mac user or a new one, it’s possible you’re only aware of the Delete key, which is technically a “backward delete”: it deletes characters to the left of the current cursor in English and other languages that read left-to-right. It has its own symbol: ⌫. On various vintages of keyboards, you might find the word Delete, a leftward-pointing arrow ←, or both the arrow and the label. (For Mac users, it’s nearly always Delete; Backspace is more of a…Windows word.)

On extended keyboards, you may also find a “forward delete” option. It may also be labeled Delete or Del, and it has the forward delete symbol on it: ⌦. Press this and characters to the right of the insertion point are deleted.

On more compact keyboards, such as that on a laptop, macOS lets you create a forward-delete action by holding down the Function key (fn) and then pressing the Delete key normally used for backward delete.

A few other nifty deletion helpers (some of these keyboard commands may not work in the software you are using):

Sadly, macOS omits Control-U, which in Terminal shells deletes everything from the insertion point to the start of the line, a useful complement to Control-K.

This Mac 911 article is in response to a question submitted by Macworld reader Mike.