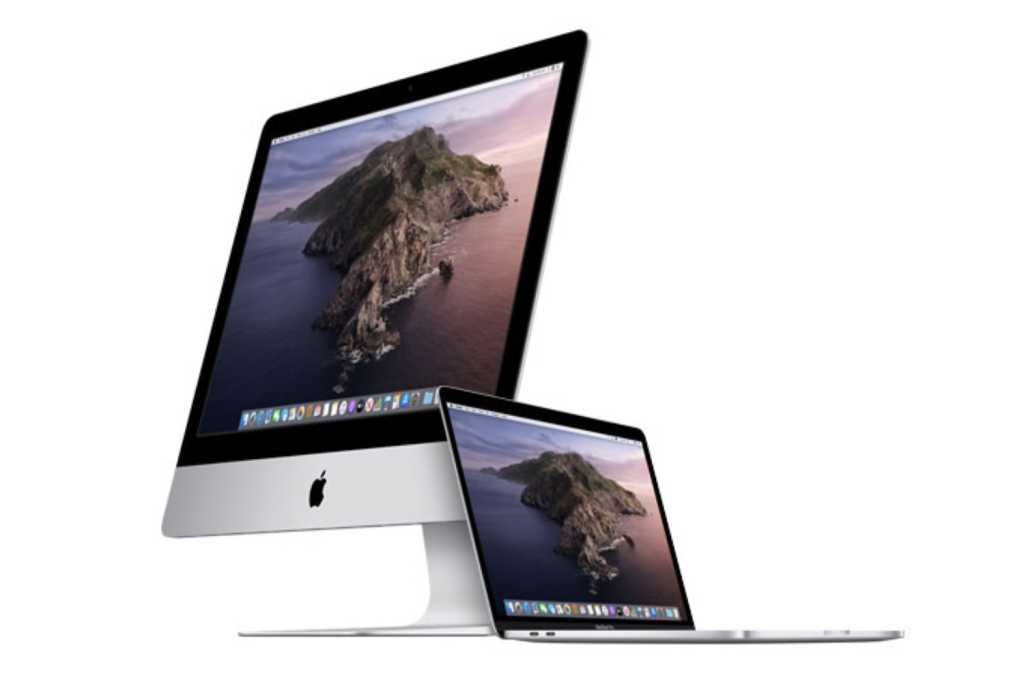 August tends to be right in the middle of the summer doldrums, the time when everybody goes on vacation and thus news—including tech announcements—are few and far between. Then again, 2020 isn’t your average year, so perhaps it’s not a shock that this week saw a departure from the norm with Apple announcing a surprisingly substantial update to the iMac.

My colleague Jason Snell has already expounded upon what the revamp to Apple’s popular desktop means for the future of that product, but I think it’s worth it to take a moment and see what we can extrapolate from this update and learn about the future of Apple’s other devices. Apple is no stranger to introducing updates in one device that eventually migrate to the rest of its lineup, even from the Mac to the iPhone and iPad and vice versa, and this iMac update is certainly no exception.

Your face stays in the picture

We’ve all become more familiar with the webcams in our devices, given the current world environment where many of us spend endless hours on videoconferences. Apple was taken to task not long ago for the poor quality of the front-facing cameras on its Macs, and the company seems to have taken that particular criticism to heart with the iMac update. No longer does it boast a meager 720p webcam, but now features the same 1080p FaceTime HD camera as the iMac Pro. That means the desktop webcams should feature significantly higher quality than those on the company’s laptops, if not quite measuring up to the cameras on its mobile devices.

But the webcam is only half the story. The company is leveraging the T2 chip that it includes in most modern Macs to improve the image processing of that camera, adding a little bit of extra intelligence that will hopefully make the quality even better.

I have a hard time imagining we’ll ever see another Mac with a 720p webcam after this (at least for the Macs that include them—the Mac mini and Mac Pro are on their own). Given that the 27-inch iMac is nearly the last Mac model to incorporate the T2 and that the transition to Apple silicon is about to begin, every Mac going forward is going to have some sort of Apple-designed chip, so it seems a given that this enhanced image processing will be standard.

Speaking of the T2 chip, its importance shouldn’t be underestimated. Apple’s been rolling out its own custom coprocessors in Intel-based Macs for years now, and it seems clear that it’s taken on an increasing amount of importance in the system architecture. Not only does it handle the image processing for the aforementioned webcam, but it also handles security, encrypted storage, audio processing, and video conversion.

In some ways, the T2 is the progenitor of the Apple silicon transition, handling pretty much everything that’s not covered by the CPU or the GPU. And that tells us everything we need to know about Apple’s plans for Macs based on its own silicon: systems that are tuned specifically to enable features that we haven’t seen before, because the general purpose chips simply couldn’t accommodate what Apple wanted to do.

Machine learning, in particular, has become an important part of Apple’s technology strategy, and being able to leverage all the tasks that use it via a chip designed expressly for that purpose is going to have a big impact on the bottom line for all of Apple’s products—as we’ve already seen on both the iPad and iPhone.

Among the biggest improvements in this latest iMac is the ability to opt for a nano-texture display that provides significant glare reduction without compromising image quality. It’s not cheap: adding it to the 27-inch display costs $500. That said, it was previously only available on Apple’s very high-end 32-inch ProDisplay XDR for an additional $1000.

As with all technology, the nano-texture option is likely to get cheaper in time as Apple ups the scale of production and improves its processes. So it’s not hard to imagine that this will make its way into the rest of the company’s lineup eventually. And probably not just MacBooks, but even mobile devices like the iPad and the iPhone. While it’s certainly easier to adjust those devices to avoid glare, one of the big challenges with them has been use in direct sunlight; the nano-texture might help avoid that.

Is this technology good enough to become standard across Apple’s device lineup? Probably not in the short term, but as it becomes available to more and more users, the company will surely be able to get an idea of how well it performs in all sorts of conditions. So it’s quite conceivable that some day we might be enjoying this feature on all of our Apple devices and chuckling at the days when we suffered from terrible glare.