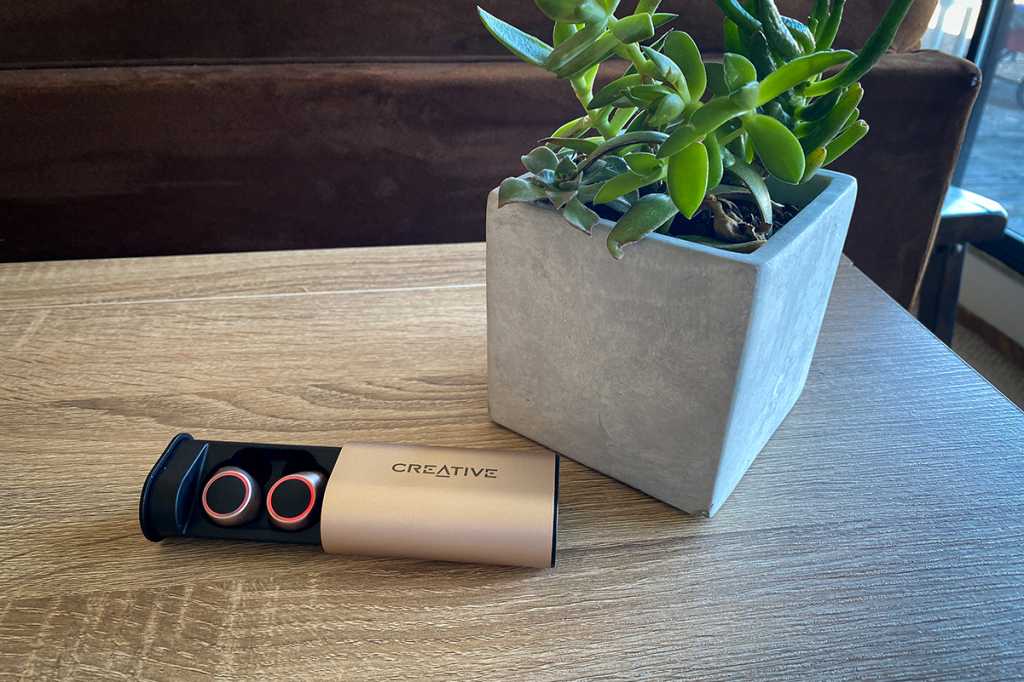 The Creative Outlier Gold true wireless earbuds remind me that comfort can be even more important than good sound quality. Yes, the buds—which look almost identical to last year’s Creative Outlier Air, but offer improved battery life—have good sound for their price and tick a lot of boxes if you’re seeking gym-friendly true-wireless earbuds for just $100. But gosh, you’d better hope you have deep ear canals, because otherwise the touch controls for the Outlier Gold rank among the most uncomfortable out there. 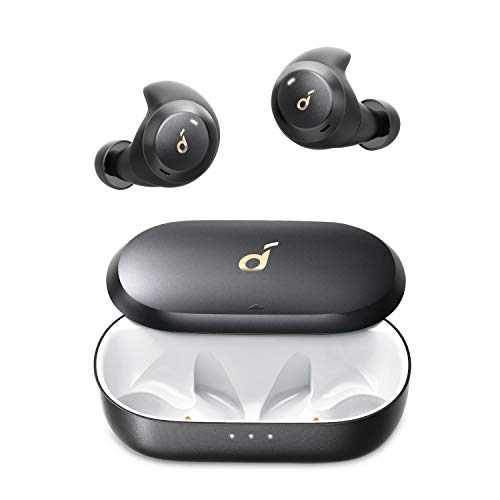 So let’s start off with the good stuff. Again, the sound is good, particularly if you’re seeking a more balanced auditory experience instead of skull-thumping bass. The bass is satisfying enough on tracks like Billie Eilish’s “Bad Guy,” but it never hits as hard as it does with buds like Anker’s similarly priced Soundcore Spirit Dot 2. Instead, the Outlier Gold works best on tracks that emphasize both lows and highs like Queen’s “Radio Ga Ga.”

This is not to say they’re as good as headphones that cost around $50 more, though, as most tracks have a faint but noticeable “cloudiness” hovering over the audio, and the middle ranges lack punch. (For that matter, the microphone is passable at best.) Still, if you’re not seeking perfect clarity in your music or if you’ll mainly be wearing these in the gym, there’s a good chance you’re not going to mind. The Creative Outlier Gold support aptX and AAC high-quality Bluetooth codecs on both iOS and Android for high-quality streaming.

In theory, they should sound even better thanks to Creative’s Super X-Fi integration technology, which uses an app to map your head in order to create a reasonable approximation of 3D audio. In practice, it’s a little underwhelming. While it does add dimension to the music, the delivery is no longer as impressive on a technical level, and so each track sort of ends up sounding like a live recording of a popular song. Plus, you can only use Super X-Fi with songs you already have downloaded on your phone. The experience isn’t really worth the hassle.

Beyond sound quality, many other features in the Outlier Gold make them great gym companions, such as the IPX 5 water resistance rating, which ensures that these buds should be able to withstand being drenched in sweat. (Just don’t wash them under a faucet.) They boast great battery life of around 12 hours at the volume I typically play music at—Creative lists 14 hours—and the battery case can reportedly pump that up to around 30 to 39 total hours of play.

They’re a little bulky, but their gold sheen makes them look as though they’re made from more precious stuff than plastic (although if you don’t care for that, they also come in black). And as for the real reason why they make such good gym buddies? It’s almost impossible to get them out of your ears. I jogged around my hilly neighborhood. I did jumping jacks and pushups. And all the while, the Outlier Gold stayed in place. As a bonus, that tight seal creates impressive passive noise cancellation.

So here’s the catch: That snug fit is related to the Outlier Gold’s worst feature. You don’t tap the controls for the Outlier Gold: Instead, you press down hard on stiff, large buttons on each bud to perform any actions. Seriously, you really need to put some effort into it. A single press on either bud plays or pauses the music, while pressing twice on the left bud goes to the previous track. On the right bud, a double press skips forward to the next tack. Holding down the right button raises the volume, while holding down the left lowers it. You can summon your voice assistant with a double press, but no music can be playing.

I was sick of this by the end of the first day. At least with my ears, the Outlier Gold’s angled tips reach so far into my head that pressing them caused substantial discomfort. Those volume controls? Yikes. “Pain” is too strong of a word, but it’s not far from the truth. By the middle of the week, I’d begun dreading pressing the buttons (or even wearing the Outlier Gold at all), as every press felt a bit like forcing a gigantic Q-Tip in my ear. I eventually started handling most playback and volume controls on my phone instead and found them more satisfying after that.

I’ve seen other complaints about this, but they’re not common. After all, these are basically the fraternal twins of the popular Outlier Air. Maybe I have short ear canals. Maybe the opening for my ears is too wide. But if this worries you, I’d suggest setting your sights on a different set of buds. If you have an Android phone, the Samsung Galaxy Buds are a great alternative for just a few more dollars.

As for the case, I admired the way Creative broke from the familiar flip-top design and made a longish case where the buds slide out of a compartment when you press your thumb on one side. Nifty. The case is pretty large as a result, though, and in fact, I thought I was looking at some kind of battery brick when I first opened the box. That bulk makes it take up a lot more room in a pocket, and it sometimes had me fumbling while trying to pull out the buds.

Creative put all that extra real estate to good use by including a few features I rarely see in cases, namely two LED lights that report whether the left and right buds are properly seated on their ports, a light that changes from blue to red if the case charge is low, and a light that lets you know if the case is actually charging. It uses a USB-A to USB-C cord, too, so charging is pretty swift.

It may be a little awkward to handle the case, but I’d be a lot more worried about how awkward it is to perform simple actions like pausing the music on the earbuds themselves. I also don’t care for the awkward pairing process. Creative made some impressive earbuds for the price, no doubt, but you’re going to be in for a lot of headaches if your ears are as sensitive as mine apparently are. They work well enough if you handle playback on your phone, but if you’d like to use touch controls for everything (and why wouldn’t you?), you’re in for a lot of headaches.

The Creative Outlier Gold true wireless earbuds offer good, balanced sound for their affordable price; water resistance and long battery life make them especially good companions for the gym. Unfortunately, the touch controls can be highly uncomfortable for some ears.