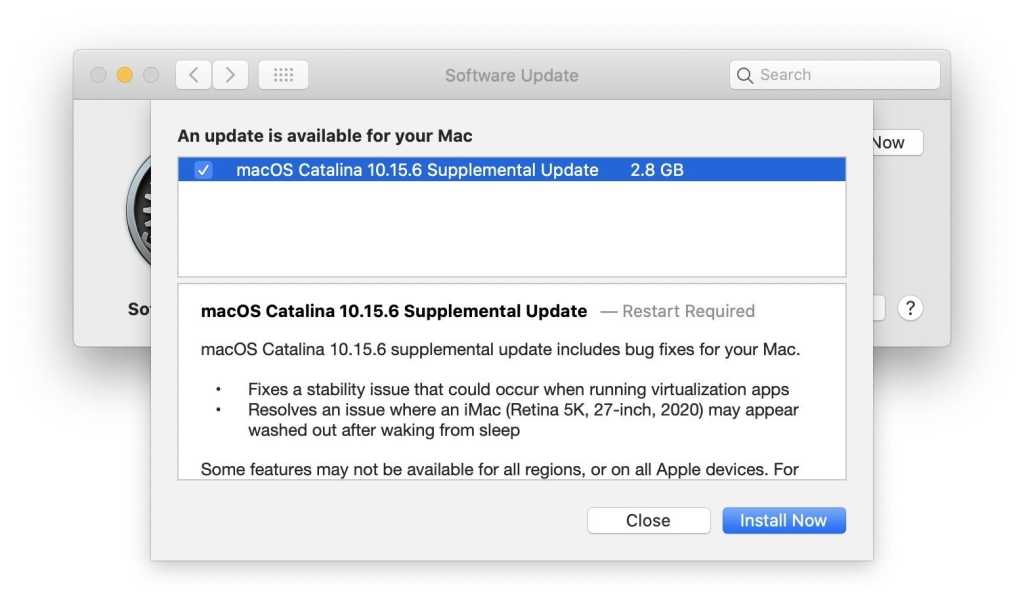 Apple on Wednesday released the macOS Catalina 10.15.6 Supplemental Update to fix a couple of bugs. According to the release notes, the update fixes an issue with virtualization apps, as well as an issue with the new 27-inch iMac where the screen looks washed out after waking from sleep.

To install the update, click on the Apple menu and select About This Mac. Then click on the Software Update button that appears in the Overview tab. The update is 2.8GB and requires your Mac to restart.