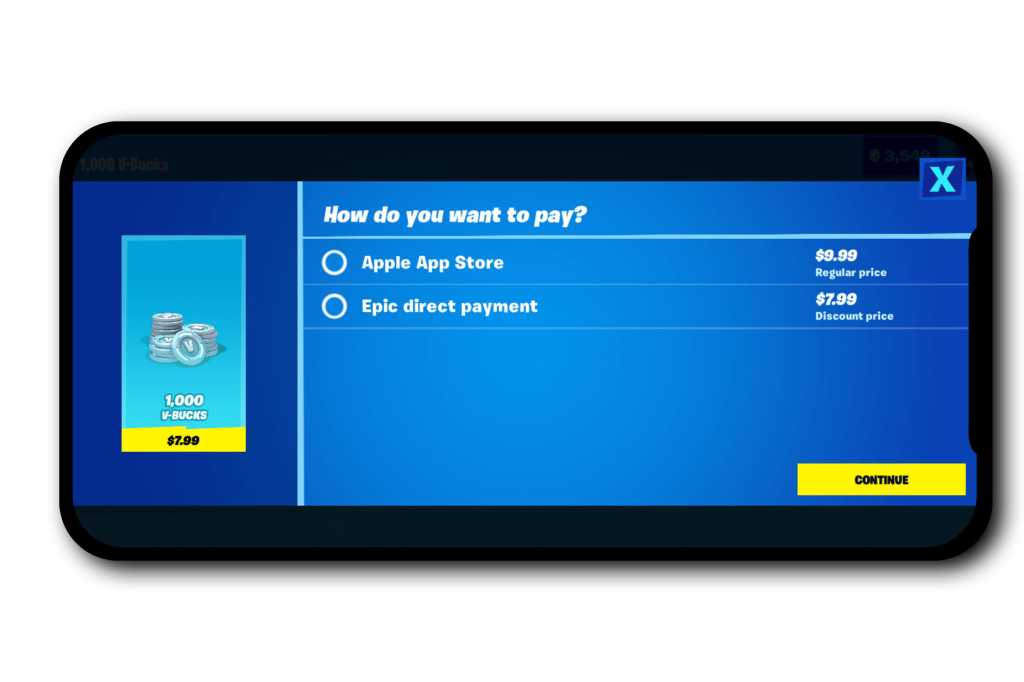 Update 09/30/20:  After the first preliminary injunction hearings, it has been agreed upon by Epic Games and Apple that this lawsuit should be settled by the Court and not a Jury trial.

The latest: No Jury trial

On September 28, the court held a lengthy injunction hearing to determine if it would require Apple to reinstate Fortnite onto the App Store—with Epic’s own payment intact—while the case is decided. While that decision has not been made yet, the Judge supposed during the hearing that a Jury trial may be called for in order to produce a verdict that will better stand up to the inevitable multiple appeals.

Since then, Epic and Apple have decided they don’t want a jury trial:

Epic and Apple have met and conferred, and the parties agree that Epic’s claims and Apple’s counterclaims should be tried by the Court, and not by a jury. Therefore, with Epic’s consent, Apple hereby withdraws its demand for a jury trial pursuant to Federal Rule of Civil Procedure 38(d). The parties respectfully request that the case (including any claims and counterclaims) proceed to a bench trial on a schedule determined by the Court.

So the suit and counterclaims will be settled by a bench trial, whose date has not yet been set. Judge Rogers said on Monday that it’s likely the case would not be tried until at least July 2021. Expect years of appeals, too.

Epic has given instructions to make sure that those who use Sign in with Apple will have access to their accounts should Apple ever revoke access. Head to the company’s General Settings page, log in with your Apple ID, and make sure your email address is updated to a real email address that you control. If you signed up for and Epic Games account using Sign in with Apple and have never set an Epic Games password, make sure you do that as well.

Fortnite may not be burning up the App Store charts like it used to be, but it’s still one of the most popular games of all time, with players in the tens of millions. We don’t know how many of them play on mobile devices, but Epic Games (Fortnite’s creator) is willing to gamble that entire market to defy Apple and Google’s app store rules in an escalation of an ongoing, industry-wide antitrust battle.

If you don’t know, Fortnite allows players to buy in-game stuff (outfits, dance moves, that sort of thing) with a virtual currency called V-bucks. It’s akin to the gems, diamonds, energy, and other virtual currencies used in so many other mobile or free-to-play games.

Epic Games just announced that V-bucks cost 20 percent less than they used to. If you’re playing the game on PC, Mac, or console, boom—the price is just cheaper, period.

If you’re playing on iOS or Android, however, it’s a little more complicated. When you go to buy V-bucks, you are now presented with options. If you choose to purchase through the App Store or Google Play Store, you pay the old price. Epic has added a new “Epic direct payment” option, which uses payment info attached to your Epic account (or lets you enter new payment info) and gives you the 20 percent discount.

Epic Games is quite direct in its explanation for why the price is higher for those who buy through the App Store:

Currently, when using Apple and Google payment options, Apple and Google collect a 30% fee, and the up to 20% price drop does not apply. If Apple or Google lower their fees on payments in the future, Epic will pass along the savings to you.

A deliberate and direct violation

This is, of course, a direct violation of Apple’s app store rules. Section 3.1.1 of the App Store Review Guidelines spells it out: If you sell anything in your app or offer any sort of unlocked functionality, you must use Apple’s in-app payments processing exclusively. The Google Play store operates in a similar fashion, though it is possible to download and run Fortnite on an Android device directly or, on Samsung devices, through the Samsung app store.

Is this a privacy and security issue about protecting your payment info? Definitely not. Apple allows apps that sell real-world physical goods and services to use their own payment processing. So apps from Starbucks to Amazon to Uber and beyond can have their own payment systems in place, and collect and store your payment information. Apple’s rule only applies to digital content, and even then it has exceptions for a particular class of applications it calls “reader” apps (like Kindle and Netflix). Hundreds of millions of iPhone and iPad users regularly use apps that include their own payment processing.

Fortnite’s flagrant violation of App Store rules is no accident. Epic Games’ CEO Tim Sweeney has been a vocal critic of Apple’s policies and rules on iOS, recently telling CNBC, “Apple has locked down and crippled the ecosystem by inventing an absolute monopoly on the distribution of software, on the monetization of software.”

Epic Games is deliberately provoking Apple and Google, just as the companies are in the hot seat over antitrust allegations, both in the U.S. and around the world. The company faces several antitrust investigations in the European Union, for example. Apple recently came under fire for preventing the distribution of both Microsoft’s xCloud gaming service and the live gameplay features of Facebook Gaming.

Get the popcorn out

Epic Games has taken off its glove and slapped Apple across the face with it. Both Google and Apple are obligated to remove the app from their app stores, or else open the floodgates to all manner of other apps selling digital goods with their own payment processing, just as sellers of physical goods and services do.

This would entirely remove one of the world’s most popular games with tens of millions of fans from iPhones and iPads. Those with Android phones would still be able to play by downloading the game directly from Epic, an option Apple users do not have.

When Apple inevitably removes Fortnite from the App Store, it will add fuel to the fire of Apple’s current antitrust problems. It will serve as another huge example to drag before regulatory bodies and courts; a grand demonstration of how Apple’s rules and policies harm not only companies that would compete with it, but customers as well.

As expected (some would say encouraged), Apple kicked Fortnite off the App Store a few hours after our initial story. It released the following statement to The Verge:

Today, Epic Games took the unfortunate step of violating the App Store guidelines that are applied equally to every developer and designed to keep the store safe for our users. As a result their Fortnite app has been removed from the store. Epic enabled a feature in its app which was not reviewed or approved by Apple, and they did so with the express intent of violating the App Store guidelines regarding in-app payments that apply to every developer who sells digital goods or services.

Epic has had apps on the App Store for a decade, and have benefited from the App Store ecosystem – including it’s tools, testing, and distribution that Apple provides to all developers. Epic agreed to the App Store terms and guidelines freely and we’re glad they’ve built such a successful business on the App Store. The fact that their business interests now lead them to push for a special arrangement does not change the fact that these guidelines create a level playing field for all developers and make the store safe for all users. We will make every effort to work with Epic to resolve these violations so they can return Fortnite to the App Store.

As we noted in our initial publishing of this article, Epic Games’ actions seemed designed to provoke this exact response. Apple’s response trots out the same canards we always hear: That app store rules are applied equally (only technically true, as the rules themselves designate classes of apps to which different rules apply), that they are designed to protect users (certainly hard to argue when so many popular apps are allowed to include their own payment—how is that any safer just because they’re selling physical goods?), and that the real beneficiary of the App Store has been Epic Games (ignoring Apple’s own benefit to having popular apps on its phones).

It also sets up a particular straw man argument: that Epic Games wants special treatment. In point of fact, Epic Games has been very clear that it wants the opposite—it wants a change of the rules for everyone.

Lest anyone doubt this entire move was a deliberate provocation by Epic Games to spring a trap on Apple, the company announced the reveal of an in-game animated short “Nineteen Eighty-Fortnite” recalling Apple’s historic 1984 Macintosh ad. To say the company expected its game to be taken down from the App Store is an understatement.

Epic Games is trying to paint Apple as the new IBM, the controlling “Big Brother” that Apple was toppling in its 1984 Macintosh ad.

It’s not just a PR stunt, either. Epic Games has filed a Complaint for Injunctive Relief (PDF link) in the Northern District of California, alleging 10 violations of the Sherman Act and California law.

On August 17, Epic Games tweeted that the situation has escalated: “Apple removed Fortnite from the App Store and has informed Epic that on Friday, August 28 Apple will terminate all our developer accounts and cut Epic off from iOS and Mac development tools. We are asking the court to stop this retaliation.”

Ahead of the first court hearing on September 28, Apple has filed counterclaims against Epic Games. Apple alleges “unjust enrichment” and claiming Epic intended to interfere with Apple’s relationship with its customers. To that end, Apple is seeking punitive damages from Epic Games.

The filing sings essentially the same song Apple has sung since this all began: Apple’s App Store is a tremendous gift to customers and developers alike that Apple spends a lot of money on, so how dare Epic avail itself of such wonderful tools and technologies and then cry foul.

Epic is likely to reply with the same line of argument it has used since the lawsuit was filed last month: that the problem isn’t the quality of Apple’s App Store or associated tools, but the mandatory nature of them and their associated business agreements. Developers have no choice but to participate if they hope to reach a billion users of what are now general computing devices.

On September 4, Epic had filed a formal request for a preliminary injunction for Apple to reinstate Fortnite while the two companies battle it out in court (this was a longer, more formal version of the emergency injunction previously requested).

Epic has until September 18 to file a response. The first hearing is scheduled for September 28, 2020.