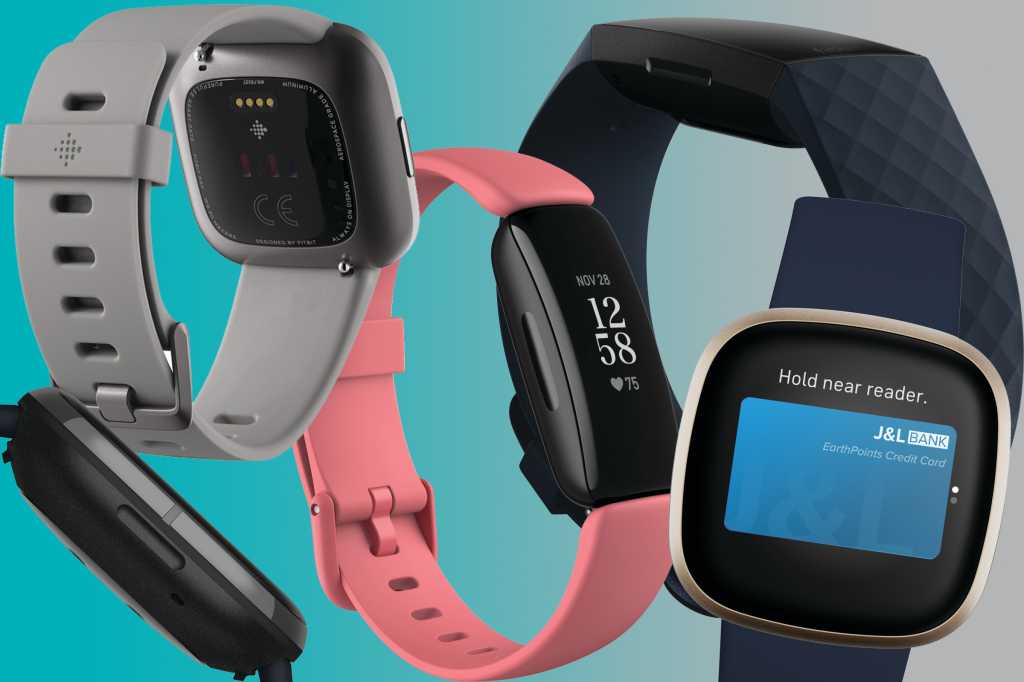 If you’re in the market for a new Fitbit, you have no shortage of options. Along with the three new devices unveiled this week, Fitbit is also selling many others. Its full lineup includes no less than nine smartwatches and trackers, many of which have overlapping features.

If you’re confused, you came to the right place. There are plenty of Fitbit devices worth buying, but we’re also here to tell you which devices not to buy.

What you get: The Sense is Fitbit’s newest flagship device with a 1.58-inch display and interchangeable bands. It has every heath and fitness feature you could want: step tracking, elevation, Active Zone Minutes, sleep tracking, built-in GPS, and an area of next-gen sensors that include EDA for stress, ECG for heart rhythm, and skin temperature for illness. You also get Alexa and Google Assistant, fast charging, music storage, and call answering.

What you don’t get: The Sense has every Fitbit bell and whistle crammed into a single device.

Why you should buy it: If you want it all. You won’t find a more advanced smartwatch from Fitbit or anyone else. As a bonus you’ll get a six-month trial to Fitbit Premium worth $60, which gives even more data from the watch’s sensors.

What you get: The Versa 3 is a minor update to the Versa 2, bringing all of that watch’s capabilities (see below) along with GPS, a second-gen PurePulse heart-rate sensor, and a larger display. It also has a new magnetic fast charger that will give a full days charge in about 10 minutes, as well as the ability to answer calls and summon Google Assistant.

What you don’t get: The EDA, ECG, and skin-temp sensors on the Sense, or the six-month Premium subscription.

Why you should buy it: The Versa 3 is identical to the Sense minus the sensors. The straps are even interchangeable. If your budget is too tight to spend the extra money on the Sense, the Versa 3 is a solid option.

What you get: The Inspire 2 is an update to the Inspire HR so you get step, sleep and exercise tracking, along with a few important additions, including 10-day battery life (twice as long as the Inspire HR) and Active Zone Minutes. It has an optical heart rate monitor, 50M water resistance, and an accelerometer. You’ll also get smartphone notifications and a handful of apps.

What you don’t get: The Inspire 2 is very bare-boned, so you don’t get onboard GPS, NFC, or music controls. You’ll need your phone around for anything more than basic activity tracking. Also, the heart-rate sensor is missing the newer PurePulse 2.0 enhancements as well as an Sp02 sensor for tracking blood-oxygen levels.

Why you should buy it: The Inspire 2 is Fitbit’s smallest and lightest tracker and it does the basics. You won’t be able to track elevation or download apps like the Versa, but it’s a nice, stylish tracker. Plus, it’s the only Fitbit device to come with a free year of Fitbit Premium, which normally costs $80.

If it’s on sale

What you get: The Versa 2 has a 1.39-inch OLED screen, an optical heart-rate sensor, NFC, a 5-day battery, music storage, and Alexa support.

What you don’t get: You’re missing out on a slightly bigger screen, GPS, PurePulse 2.0, an extra day of battery life, fast-charging, Google Assistant, and call answering, as compared to the Versa 3.

Why you should buy it: With just $30 difference between the Versa 2 and the Versa 3, it’s hard to recommend the Versa 2. It’s an inferior smartwatch for not that much less and the bands don’t even work with the newer watches. I’d only buy one if you find it for less than $150.

What you get: The Charge 3 is similar to the Charge 4 but it has a metal body instead of a plastic one. Otherwise, the design is the same, as is the optical heart-rate sensor, Sp02 sensor, NFC chip, and altimeter.

Why you should buy it: Other than GPS, you’re not getting a whole lot on the Charge 4 that you aren’t getting on the Charge 3. If you can grab one for $80, get it.

If there’s a really good sale

What you get: The Charge 4 is Fitbit’s most powerful tracker with several upgrades over the Inspire 2, including GPS, NFC, and Spotify controls, along with a handful of rudimentary apps such as weather and calendar.

What you don’t get: The Charge 4 doesn’t have Fitbit’s newest PurePulse 2.0 heart-rate technology nor the Inspire’s 10-day battery life (Fitbit rates it at 7 days).

Why you should buy it: I liked the Fitbit Charge 4 when I reviewed it and it’s definitely a good mid-range option between the Versa and the Inspire, but at $150, it’s a tough sell. On one hand, the Inspire 2 is $50 cheaper and comes with a 12-month Fitbit Premium trial. On the other, the Versa 3 is $80 more and has way more functionality. If you really want a tracker with GPS and NFC then go for it, but definitely wait for a sale to bring it down to $120 or less.

If your budget is stretched and you really like purple

What you get: As its name suggests, the Versa Lite is a cheaper version of the Versa 2, with the same design, an LCD screen, 4-day battery life, and an optical heart-rate sensor. It’s also Fitbit’s most colorful watch in mulberry purple aluminum.

What you don’t get: The Versa Lite doesn’t have an altimeter, GPS, NFC, or Alexa, and you won’t be able to store music or control Spotify.

Why you should buy it: For $160, the Versa 2 is just $10 more than the Charge 4, but the benefits don’t really go beyond the display. So unless you really want a color screen and absolutely don’t have any more money to spend, I’d invest in something different.

What you get: The Versa 2 SE is a Versa 2 (see above) with an exclusive woven band. So you’re getting the same device with an extra band.

What you don’t get: Altimeter, GPS, NFC, Alexa, etc. And the extra band won’t work with Fitbit’s newest smartwatches.

Why you should buy it: For the same price as the Versa 3, the Versa 2 SE is a terrible buy. If you really want a Versa 2, just buy the standard version and get a third-party band.

What you get: Like the Versa SE, the Charge 4 SE is a Charge 4 (see above) with an extra woven band.

What you don’t get: Any of the new stuff in the Versa 3 or Sense or the 10-day battery life in the Inspire 2.