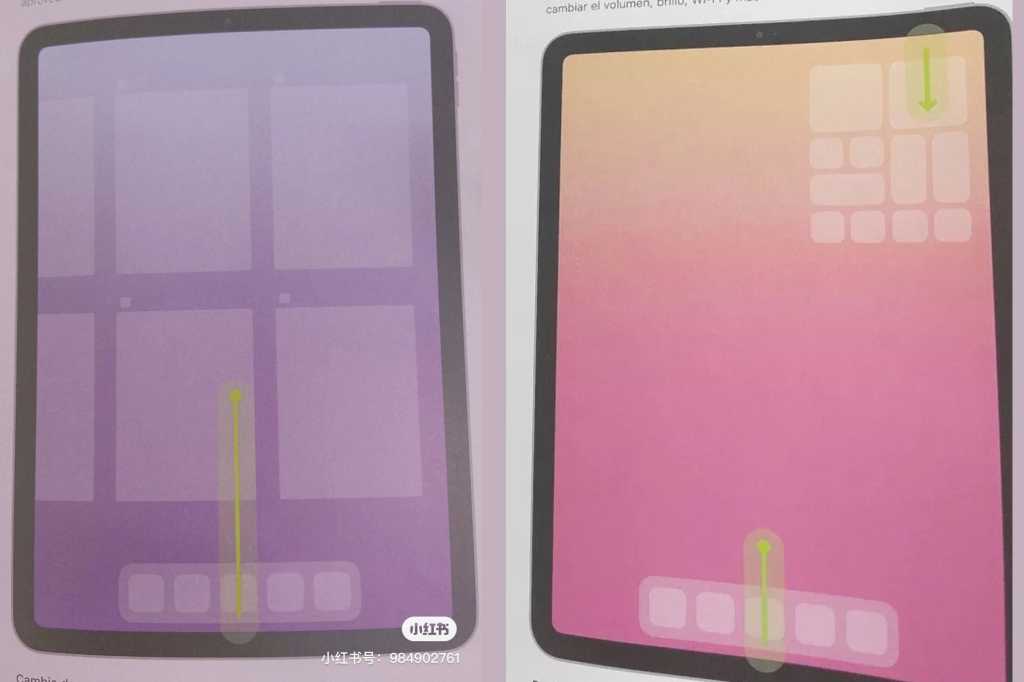 We weren’t expected much out of Apple’s upcoming iPad Air refresh, but a new rumor has us very excited about the new device. According to an allegedly leaked manual posted in the China-based social media platform Xiaohongshu and shared by DuanRui on Twitter, the next iPad Air is getting a complete makeover and some new tech we haven’t seen before from Apple.

The first thing you’ll notice is the design. It clearly takes its inspiration from the iPad Pro, with extremely slim, uniform bezels and rounded corners on the screen. The pictures describe gesture navigation on the iPad and clearly show an iPad with no home button.

However, Touch ID will remain, according to the leak. Rather than its usual spot below the display, it will now be integrated into the power button, which appears to be slightly elongated, according to the images. Also referenced on the manual’s pages is USB-C, which would be a first for a non-Pro iPad. It also shows a smart connector on the back like the current iPad Air as well as a single rear camera.

Otherwise, we don’t know much about the new device, but based on the current model, we can surmise a few things. It’ll likely have an A13 chip versus a speedier “Z” version on the Pro, as well as less storage and support the older Smart Keyboard rather than the Pro’s Magic Keyboard.

Rumors have pegged it as having a 10.8-inch screen, slightly bigger than the 10.5-inch one it has now. That would mean the size would be roughly the same, with the reduced bezels accounting for the extra screen.

If this leak is accurate, and it certainly appears to be, this would instantly be Apple’s most popular iPad. With a $499 starting price, it would be an excellent alternative to both the $329 entry-level model with a home button and the high-priced Pro, while still bringing a modern design, fantastic form factor, and great performance. And if it comes to the iPad mini next, Apple couldn’t take my money fast enough.