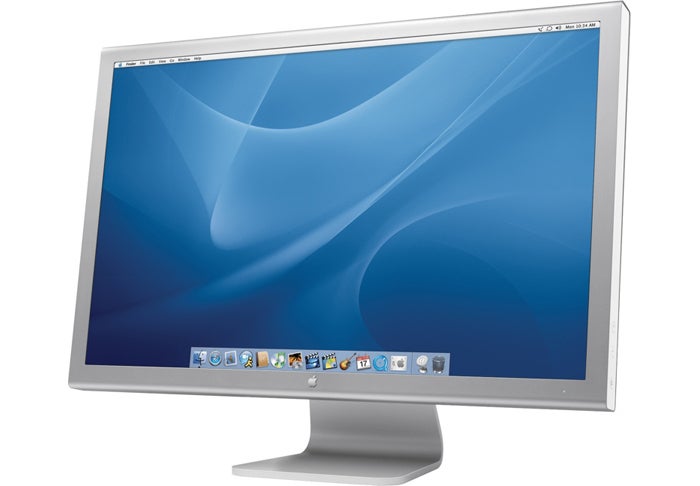 Display technology, just like nearly all technology, has advanced in leaps and bounds over the decades. A monitor just a few years old may look crummy compared to modern ones. But that’s especially true when you cross the “retina” boundary. Some readers have thought they had broken monitors or ones that were missing a feature, when it’s really that their eyes have been retrained by modern displays.

For a long time, monitors and laptops had a dot pitch—the numbers of pixels per inch—in the 72 to 96 range, a limitation on affordable cathode-ray tube (CRT) displays. We used that pitch and we liked it, even though screens looked a little jaggy. These older displays had limits on both maximum brightness and the related contrast ratio, which measures the display’s range from darkest to brightest. Early LCD monitors improved image aspects and other elements—like being able to view without being nearly square on—but initially remained mostly lower pitch.

Enter Apple Retina displays, first on mobile devices, then on iMacs and laptops, and later on monitors. (Apple sold the MacBook Air in its non-Retina form for a long time; it wasn’t until it reintroduced the series in 2018 that it finally took them to Retina pitch.) Apple wasn’t the first with high-pitch displays—though it was very early on the mobile side—but it tried to fight competition across all platforms by setting Retina as the bar.

There’s no formal definition for Retina—or HiDPI (high dots per inch) or other terms—but it’s typically about four pixels for every one in a non-Retina display. For all current Apple laptops, iMacs, and the Pro Display XDR monitor, that’s right about 220 ppi. (Brightness and contrast ratio is also generally much better than in the pre-Retina days across all but the least-expensive monitors from any manufacturer.)

Once you saw Retina, you might have a hard time going back. I intentionally avoided looking for extended periods at a high-pitch iPad or MacBook Pro, because I feared when I returned to my existing devices, their pixels would look like Minecraft blocks.

But the area is vastly different, hence the different pitch: the laptop screen covers 80 square inches (513 sq. cm), while the LED Cinema Display comprises 328 sq. in. (2.11 sq. m). Side by side, this makes the non-Retina display’s pixels look enormous.

A more direct comparison would be between the 27-inch LED Cinema Display and a 27-inch iMac 5K, which sports a 5120-by-2880 pixel internal display—nearly 15 million pixels compared to the sub-4 million across the same area of display.

It’s no wonder the LED Cinema Display seems blurry and chunky, but don’t blame it. Monitors matured, though they likely won’t increase much further, as Retina displays—especially the even higher densities in upper 200s to low 400s on iPhones and iPads—really do approach or exceed our eyes’ ability to perceive the individual dots.

This Mac 911 article is in response to a question submitted by Macworld reader Elizabeth.