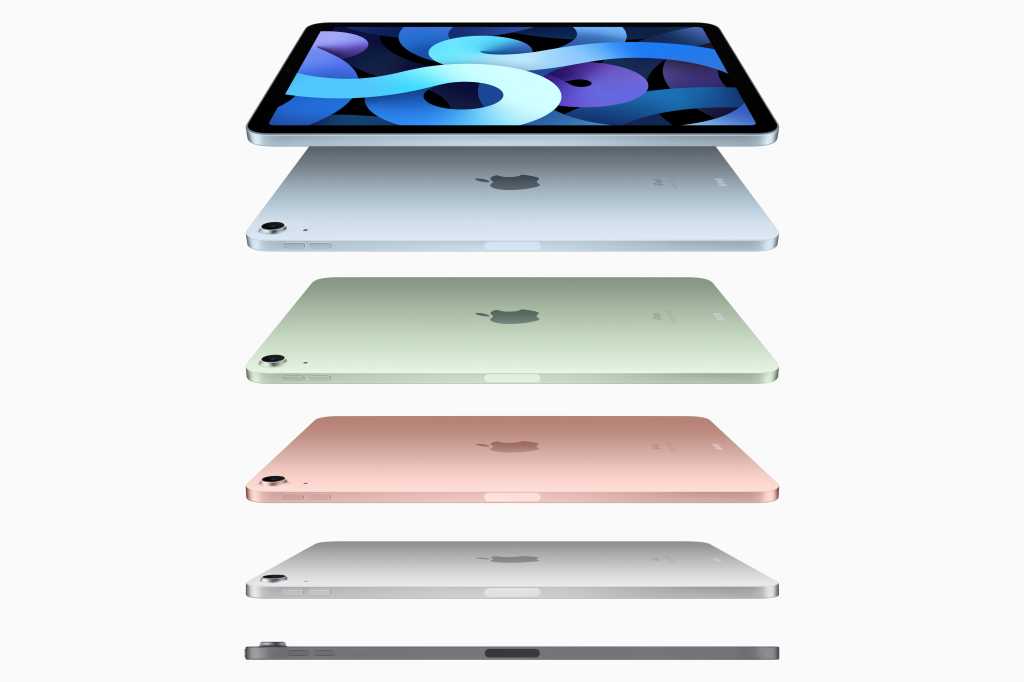 The iPad Air (2019) has long been the sweet spot between price, performance, and features in Apple’s tablet line. Today, the company unveiled a new iPad Air that further cements its position as the best iPad for most people.

Here are the most important things to know about the new redesigned 2020 iPad Air.

The new iPad Air (2020) takes some design cues from the much more expensive iPad Pro. It features the same flat-edged design with relatively thin bezels all the way around. Like the Pro, a more useful USB-C plug replaces the Lightning connector.

This tweak to the Apple design language is likely to appear in the iPhone 12 as well.

It’s the first Apple product with the A14 processor

Typically, new A-series processors are introduced with the iPhone. This year, the iPhones are shipping a little later than usual, so the iPad Air is the first Apple product with the new A14.

The A14 is made on a brand-new 5nm manufacturing process and is Apple’s most advanced system-on-chip (SoC) yet. It is 11.8 billion transistors big, with four high-efficiency CPU cores and two high-performance cores.

Apple says this processor delivers 40 percent higher CPU performance and 30 percent faster graphics than its “7nm chip,” which we assume means the A13.

The A14 also features Apple’s most powerful Neural Engine ever, to accelerate machine learning (ML) code. With twice as many cores as the A13, it is up to twice as fast (11 trillion operations per second!).

It supports the Magic Keyboard and 2nd-gen Apple Pencil

The iPad Air (2020) is compatible only with the 2nd-generation Apple Pencil, the same one the iPad Pros use that charges by magnetic attachment to the edge of the iPad. The older Apple Pencil charges via the Lightning connector, which this version of the iPad Air doesn’t have.

If you have an Apple Pencil from an earlier iPad—the kind that charges with a little Lightning connector under the cap—you’ll have to buy a new second-generation Pencil to use it with the iPad Air.

The new Air also supports the same Magic Keyboard as the 11-inch iPad Pro, with its built-in trackpad and floating screen hinge design.

There’s no Face ID on this iPad, and with such thin bezels, there’s no room for a Home button. So Apple built an all-new Touch ID sensor and stuck it in the top button. Just touch that top button to use Touch ID for all the things you use it for today—unlocking the iPad, logging into apps, approving purchases, and so on.

While the new iPad Air definitely shares the iPad Pro’s looks, it definitely doesn’t have all of its features. It has a standard 60Hz display instead of a 120Hz ProMotion display. The iPad Air display has a resolution of 2360×1640, which is just a tiny bit less than the 11-inch iPad. You won’t notice the difference.

It also has upgraded stereo speakers, but not the same high-quality four-speaker setup and five-microphone array of the iPad Pro.

Finally, it features a single 12MP f/1.8 rear camera, while the iPad Pro has that camera plus a 10MP f/2.4 ultrawide camera. The iPad Pro also features a superior front-facing camera, and slimmer bezels all around.

It comes in five colors

You can get the new iPad Air in five colors:

The Rose Gold color is an updated shade for Apple, with a more pinkish hue than the previous one.

It starts at $599 and is coming in October

Together with the new design and capabilities comes a new price. The iPad Air now costs $599 for 64GB of storage of $749 for 256GB. Cellular connectivity will cost another $130 on the base model or $100 on the 256GB model. The previous iPad Air started at $499 for 64GB, so this new design, performance, and feature set comes at a higher price.

Apple says the new iPad is coming in October, though Apple has not yet specified an exact date for preorders or shipping.