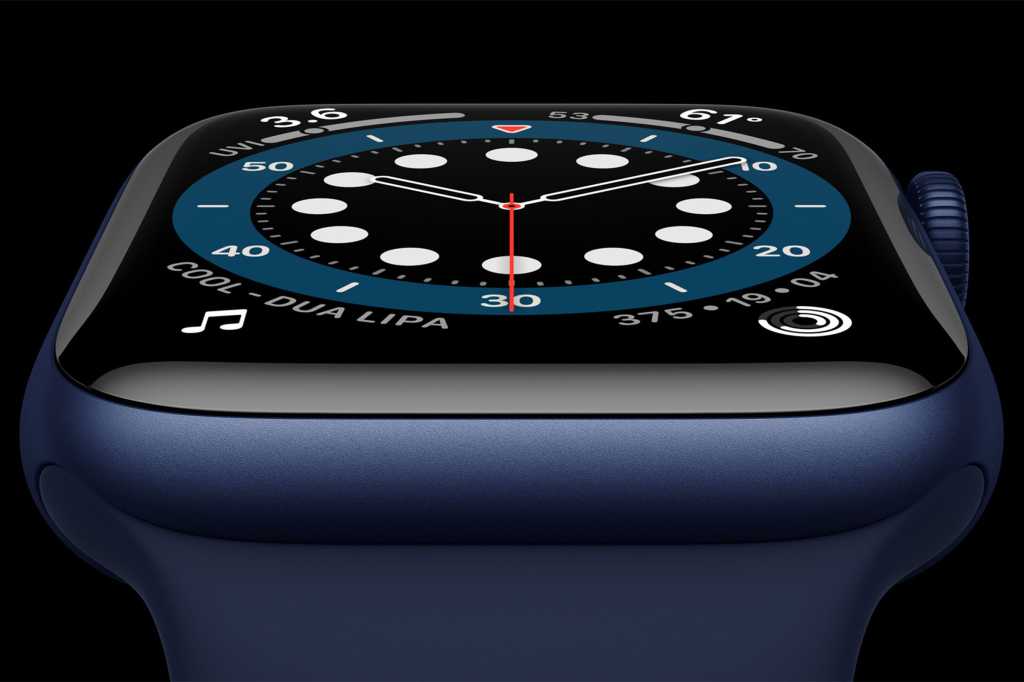 But while it might not seem like the Series 6 is a huge upgrade, it’s actually bigger than it seems. Here’s why:

As rumored, the Apple Watch Series 6 can measure the oxygen levels in your blood, thanks to a new sensor that uses red and infrared light to calculate the color of your blood and determine its oxygen level. Unlike Fitbit devices, which obly measure your blood-oxygen levels while you sleep, on the new Apple Watch you can take a Blood O2 reading in just 15 seconds at any time of day.

The display is better than ever

You (kind of) don’t need an iPhone to use it

While we’re still not quite at full iPhone independence, Apple has introduced a new way for families to set up Apple Watches for people who don’t have an iPhone, such as kids, parents or, we suppose, Android users. While those watches won’t work in quite the same way—for one, you’ll need a cellular connection—they’ll be able to enjoy most of the same features, including the App Store, Messages, Maps, Apple Pay, Music, and of course, fitness tracking. It even has a new Schooltime feature that displays a yellow circle in the watch face “for teachers and parents to easily recognize, signifying that access to apps is restricted and Do Not Disturb is turned on.”

Apple always offers up some new faces with every Watch launch, but this year’s crop isn’t just about cartoon characters and colors. A bunch of new watch faces will bring a slew of useful looks and styles, including:

That’s much better than Woody and Buzz.

The watch is vital to Apple’s new service

Alongside the new hardware, Apple also launched a new $10-a-month Fitness+ service that offers 10 types of workouts (yoga, cycling, dance, treadmill walk and run, strength, core, hit, rowing, and cool down) and Apple Music integration. Fitness+ is “powered by the Apple Watch,” automatically syncing when you start a workout on an iPhone or Apple TV, and using the metrics recorded on your wrist to guide your workout.

There are actual colors now

With the Series 6 Watch, Apple isn’t just relying on the bands to bring character. For the first time, you can get the Apple Watch in a variety of colors, including blue and Product Red. There are also new gold and graphite stainless steel varieties.

The new bands are very cool

Along with the new Apple Watch Series colors, all Apple Watch users can take advantage of the new bands available for sale. There are the swim-proof and stretchable solo loop band and braided solo loop with no clasp, buckle, or overlapping materials that come in multiple colors, as well as the leather link band that uses magnets to adjust to your wrist.

You don’t have to pay for it up front

We never know what Apple is going to do with the prices of its new products, but the Apple Watch Series 6 starts at the same $399 as the Series 5. The 44mm model costing $429, and cellular adds $100. If you have an Apple Card, you can spread the purchase out over 24 months with no interest, so it could cost less than $17 a month. That’s a pretty nice perk.