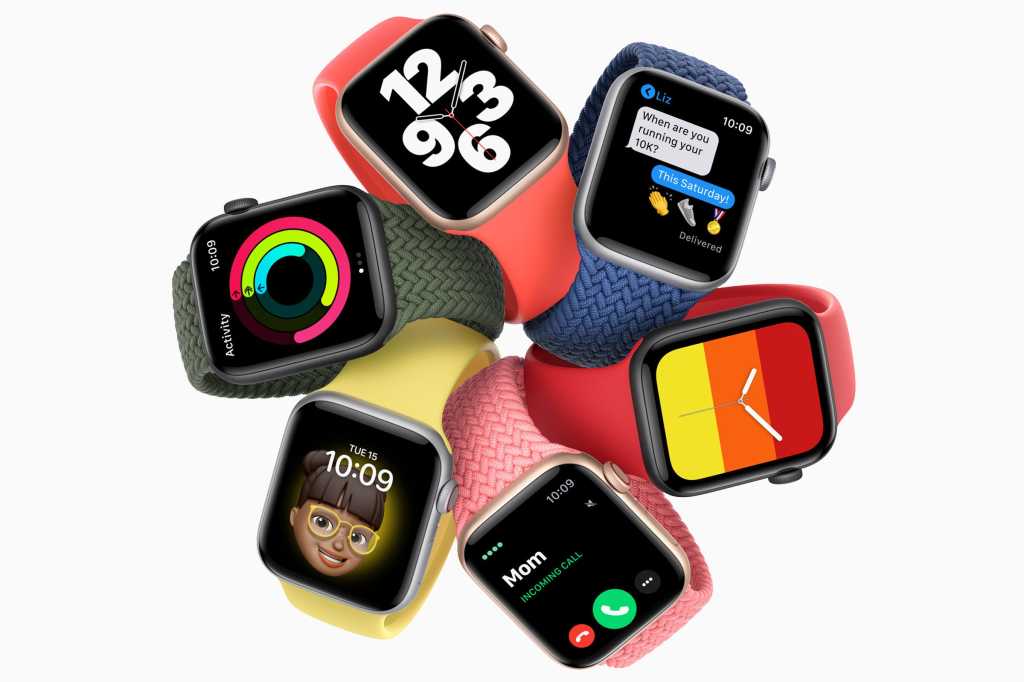 Apple Watch SE has the same display as Series 6

It has the Series 6’s always-on altimeter

It’s way faster than the Series 3

Apple’s newest Apple Watch feature is built with families in mind, letting you set up an independent Apple Watch for a kid or a parent who doesn’t have an iPhone. You’ll need a cellular connection to get it all working so it’ll cost at least $379, but it’s not even an option on the Series 3, since it’s only available with Bluetooth and GPS.

It has fall detection and noise monitoring

While Apple cut some features from the Series 5 in order to bring the price down so low, safety wasn’t one of them. The Apple Watch SE features fall detection and noise monitoring, as well as Emergency SOS—potentially life-saving features that were previously only available on the flagship models. Now more people will be able to enjoy these important features.

While it doesn’t have the ECG sensor that’s built into the Digital Crown on the Series 6, the Apple Watch SE has the same second-gen sensor that Apple introduced with the Series 4 watch to deliver faster and more accurate readings than the first-gen model. Apple could have easily gotten away with a first-gen sensor in the SE and no one would have noticed, but it’s nice to get the latest and greatest hardware.

It has the best new Series 6 face

The Apple Watch SE doesn’t have all of the same faces as the Series 6, but it does include the best one: Stripes. Simple but extremely fashionable, the new face lets you create a combination of colors that will add a touch of flair to your Apple Watch to show off your pride or just match your outfit. Even without any complications, it’s one of the Apple Watch’s more customizable faces and is sure to be one of the most popular options.

While we were hoping the Apple Watch SE would start at $199, Apple instead priced it between the Series 3 and the Series 6 at $279 for 40mm and $309 for 44mm. That’s still a great price for everything you get and if you want a cellular model it gets even better. While the Series 6 costs the usual $100 extra for cellular models, the SE is just $50 more: $329 for the 40mm and $359 for the 44mm model. That makes nearly $200 cheaper than the cellular Series 6 and an all-around fantastic deal.