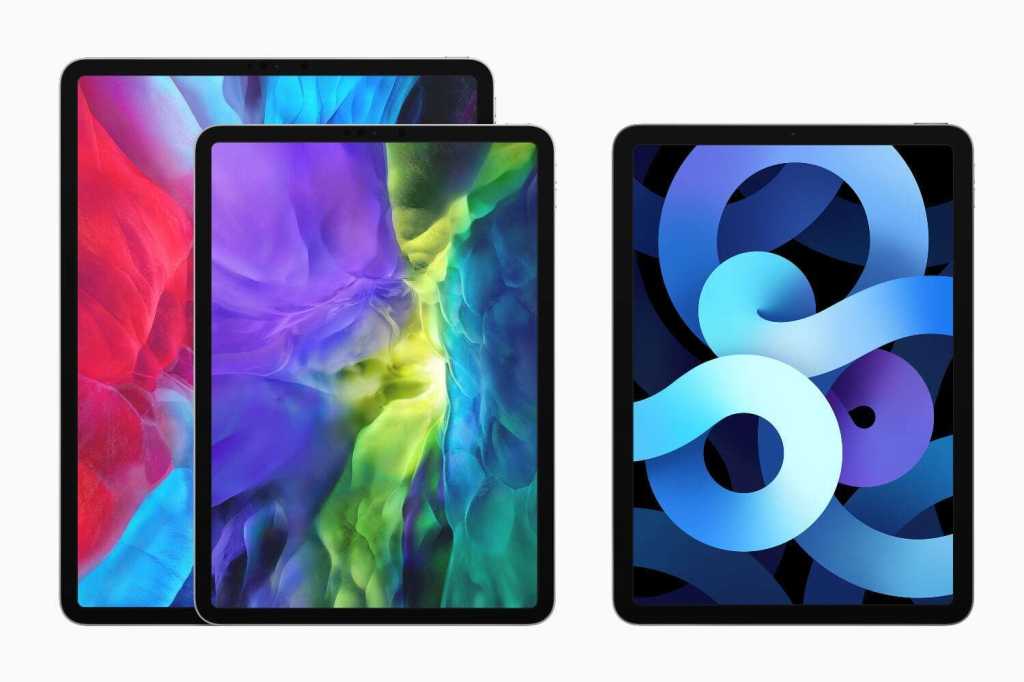 iPad Pro, you’re on the clock.

Tuesday’s announcement of the new iPad Air continues Apple’s aggressive importation of iPad Pro features into the lower ends of the iPad product line. But it also brings the $599 iPad Air surprisingly close to the $799 iPad Pro in numerous ways—perhaps too close for comfort.

That’s why Tuesday’s announcements are great for the iPad product line in two ways. Not only is there a cheaper, more powerful iPad with a bunch of features that were previously limited to the highest-end models, but it’s now clear that Apple will need to supply new high-end features to the iPad Pro in short order.

There was a time when Apple had a real iPad problem. Sales were lagging from their initial highs, and the general perception was that Apple was being undercut on tablet sales by a plethora of cheap media-consumption tablets.

But over a few years, Apple put the iPad’s house in order. The iPad Pro took over the top of the line, allowing Apple to continue showing off its technological prowess and giving the hardest of hard-core iPad users the tools they wanted to do the job. But with that job done, Apple could roll out cheaper iPads with older technology—and it did. First the adjectiveless iPad returned in 2017 at $329. Then the iPad Air returned in 2019, providing a mid-range model in between the iPad Pro and the iPad.

It would have been easy for Apple to withhold all the features that make the iPad Pro special from the rest of the iPad line, but Apple hasn’t done that. The real moment of truth for this strategy was in March 2018, when Apple unveiled the sixth-generation iPad, which added support for the Apple Pencil. The third-generation iPad Air, when it appeared, supported the Apple Pencil as well as Apple’s Smart Keyboard accessory.

Not only does adding those features to the rest of the line strengthen the iPad as a whole, but it shows Apple’s remarkable confidence in the features it continued to add to the top of the line. Apple didn’t need to withhold the Apple Pencil from the rest of the iPad line; there were more features coming to the iPad Pro that would still motivate people to spend more money on those high-end tablets.

Which brings us to today. The iPad Air has now gobbled up a bunch of iPad Pro features: It’s got an edge-to-edge display, a flat-edged design, Apple Pencil 2 support, a USB-C connector, and works with the Magic Keyboard. It’s even got a fresh new A14 processor, while the iPad Pro is using the souped-up but 2018 vintage A12Z.

Combine that with this spring’s lackluster iPad Pro update—which turned on a single extra GPU core, added RAM to some models, and upgraded the rear camera and sensor stack—and it feels like the iPad Pro is desperately ready for a real update. I’d be surprised if Apple waits very long.

How does Apple redefine what an iPad Pro is? Certainly it begins with the processor, which will undoubtedly be an A14 variant with more processor and GPU cores—probably the same chip that will end up in some early Macs with Apple silicon. There’s room for more variation on screen size, with some rumors suggesting Apple might be considering a 15-inch model. (Even as a 12.9-inch iPad Pro fan, that seems enormous—but I’d imagine artists might love it.)

Some other potential features: Upgraded video-out circuitry that would allow the iPad to drive an external display at full resolution, without mirroring. And an upgraded display using Micro-LED technology to improve dynamic range. I’m sure Apple also has some surprises up its sleeve. The fact that it has so brazenly stolen iPad Pro features and handed them to the iPad Air leaves me with no doubt about that.

It’s a good time to love the iPad

A few years ago, the iPad seemed adrift. But now it’s running like a well-oiled machine. The iPad Pro keeps pushing the high end in terms of performance and functionality. The iPad Air looks like an exceptional value, mixing iPad Pro features with a lower price tag. The regular “old” iPad, which gained a processor speed boost on Tuesday, continues to provide value at the low end. Even the iPad mini got an update and keeps on kicking.

It’s all a sign that Apple has great confidence in the iPad—and in its own ability to keep pushing the entire product line forward. Whatever the next iPad Pro has in store, I’m ready for it. Bring it on.