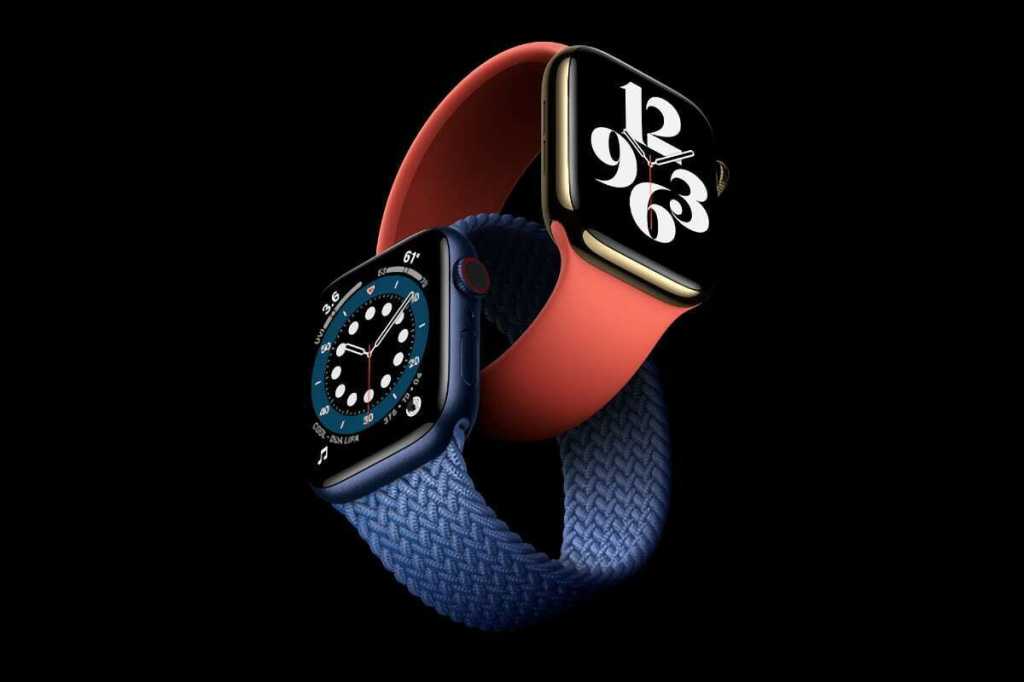 Six years in, the Apple Watch is at a bit of a crossroads. After a few years of explosive growth in terms of improving the hardware, Apple seems to have hit a bit of a lull. Last year’s Apple Watch Series 5 only added a single major feature, the always-on display, but it was a huge milestone.

This year’s Series 6, though? It’s clear that even Apple knew how incremental this update was. An oxygen sensor is good, but since it’s not approved as a medical device, Apple’s implementation feels a little bit weak. A brighter always-on screen? Great, but the very definition of incremental. You know an update is feeling a little bit lackluster when Apple throws in a bunch of new colors to stir some excitement.

In six years, the Apple Watch has done incredibly well. Greeted by a skeptical industry, it’s defined and dominated the smartwatch category, become the most popular watch in the world, and driven growth in Apple’s red-hot wearables category.

So let’s consider year seven. Where does the Apple Watch go from here?

For years I fretted about the possibility of Apple throwing out the existing Apple Watch design (and potentially compatibility with all existing watch bands). It all seemed too soon.

To be clear, I don’t think Apple should get rid of the existing Apple Watch design right now. Maybe not for years to come! But one way Apple could really change up the Apple Watch next year would be to offer a new style, a completely different look from what we’ve expected.

The obvious choice, of course, is a circular watch face.

Competing smart watches have tried this approach to varying degrees of success. But the fact is, Apple constantly refers to the history of timekeeping and watch design in all of its videos and launch events for Apple Watch. And watches are traditionally round. So it seems inevitable that Apple will eventually release a circular Apple Watch.

App developers will groan, of course, but that’s par for the course. It’s been three years since Apple introduced the major display format change in the edge-to-edge Series 4 watch. Time for the next adventure.

But at $199, believe it or not, Apple is still turning away potential customers. And it’s not just the price: Some people don’t want a fancy computer watch. Maybe they hate watches, or maybe they love watches so much that they won’t part with their beloved fancy watch.

There’s a market there, and competitors like FitBit are taking advantage. So why wouldn’t Apple consider a low-price product that’s not quite an Apple Watch, but uses the technology that Apple has been building for the past six years?

Consider an Apple Fitness Band, much smaller and with a tiny display, or no display—but perhaps with Siri integration! This would be a device that wouldn’t be meant to do anything but collect activity data and sync it with the iPhone. It could offer longer battery life than the Apple Watch, and complement the iPhone as a fitness ecosystem, while reaching people who don’t want the Apple Watch.

The only downside of such a product is that it might steal away users who might otherwise buy a low-price Apple Watch. But I have to believe that Apple is confident enough of the advantages of the more full-featured Apple Watch that it won’t be afraid to cannibalize some of its lowest-end users, in exchange for an influx of new customers who just aren’t interested in a smartwatch of any kind.

I’ve suggested it before and I’ll suggest it again: Android Wear is a failure. Nobody could beat Apple at its game. The next step is the ultimate power move—Apple Watch support on Android.

I know, I know, it sounds like a wacky idea. But consider how people felt when the iPod expanded support to Windows PCs. It seemed like a huge mistake—but it turned out that the iPod was Apple’s best ambassador to a group of people who would otherwise never buy an Apple product. Some of them switched to the Mac, yes. Others bought iPhones. To this day, there are more iPhone users who use Windows than Mac—it’s just math.

I think the Apple Watch could convince Android users that Apple’s ways are best, and pry them away from Android to iOS when they next update their smartphones. If the Apple Watch experience on Android was good—and I have to believe it would be—then Apple can use it as a way to capture users, delight them, and convert them.

It’s a move you only make when you’re in a position of strength. And I think Apple definitely is when it comes to the Apple Watch. The current Apple Watch hardware may have reached its apotheosis, but there are other worlds left to conquer.