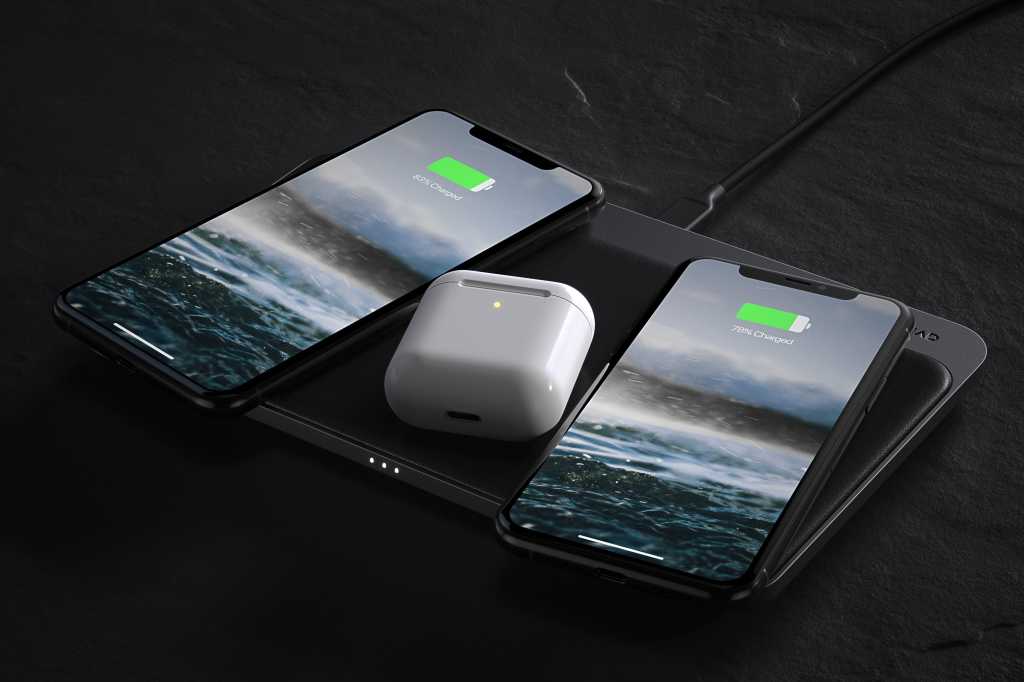 Image: Nomad
At a Glance

This is a great, premium wireless charger, but you’re paying really hefty price for the mild convenience of playing your devices anywhere.

Nomad’s new Base Station Pro is a wireless charging pad that costs $230.

For most of you, that’s going to be the end of the review. Devices to charge your phone are meant to be inexpensive. A good wireless charging pad shouldn’t cost over $50, and a multi-device charger not much more than $100 if it’s got really nice build quality.

The Base Station Pro is no ordinary charging pad. It’s a premium aluminum-and-leather affair that incorporates the FreePower technology from Aria to charge up to three devices no matter where you place them.

Does that matter to you? Is it enough to pay several times what you’d pay for other name-brand wireless chargers? Value is a very personal thing, but no matter how nice the Base Station Pro is, we can’t imagine paying such exorbitant prices for the mild convenience of free placement.

On the outside, the Base Station Pro looks a lot like Nomad’s other goods. It’s a hefty aluminum frame with a nice leather pad. The build quality is excellent. It looks and feels a lot like something Apple would make.

But there are plenty of nice-looking wireless charging pads out there. What makes this one special is the Aria FreePower technology inside. With 18 overlapping coils built into a printed circuit board, with custom power control circuitry and software, you can place an iPhone or AirPods wireless charging case anywhere on the pad and, a second later, it’ll begin charging at up to 7.5 watts.

That’s a neat trick! It’s almost—but not quite—the announced-but-cancelled Apple AirPower charger. But there’s a catch: AirPower was going to charge your Apple Watch, but the Base Station Pro does not. Apple Watch charges at a different frequency than the Qi standard, and so far no third-party manufacturers have been able to make their own chargers for it. Base Station Pro customers will get a little plastic clip to hook onto the back of the pad so they can then route their Apple Watch charging puck to it, but that’s not exactly a great solution.

Firmware updates? For a wireless charger?

Nomad proudly proclaims that the Base Station Pro will get better over time through firmware upgrades. That could provide better compatibility to more devices, like fast charging for Samsung phones.

I can appreciate the idea that you’d want something this expensive to get better over time, but “your charging pad gets firmware updates” is not the selling point Nomad seems to think it is. Charging your devices should be a simple set-it-and-forget-it thing. Nobody wants to update their plugs.

At least the build quality is on point. It’s precisely machined, hefty, and attractive. You get a 30W USB-C power adapter and braided USB-C cable with it. At $230, it’s frankly the least they could do.

Sure, placing your iPhone right in the sweet spot of a wireless charging pad to get a good charging connection is a minor annoyance. But you know how you can solve problem that without paying over $200 for an 18-overlapping-coil-smart-charging-solution? Buy a charging stand.

Nomad’s Base Station Pro does that it says it does, and it does it in style. But with a whopping $230 price tag and no Apple Watch charging, it’s pretty hard to recommend over a much more affordable alternative.