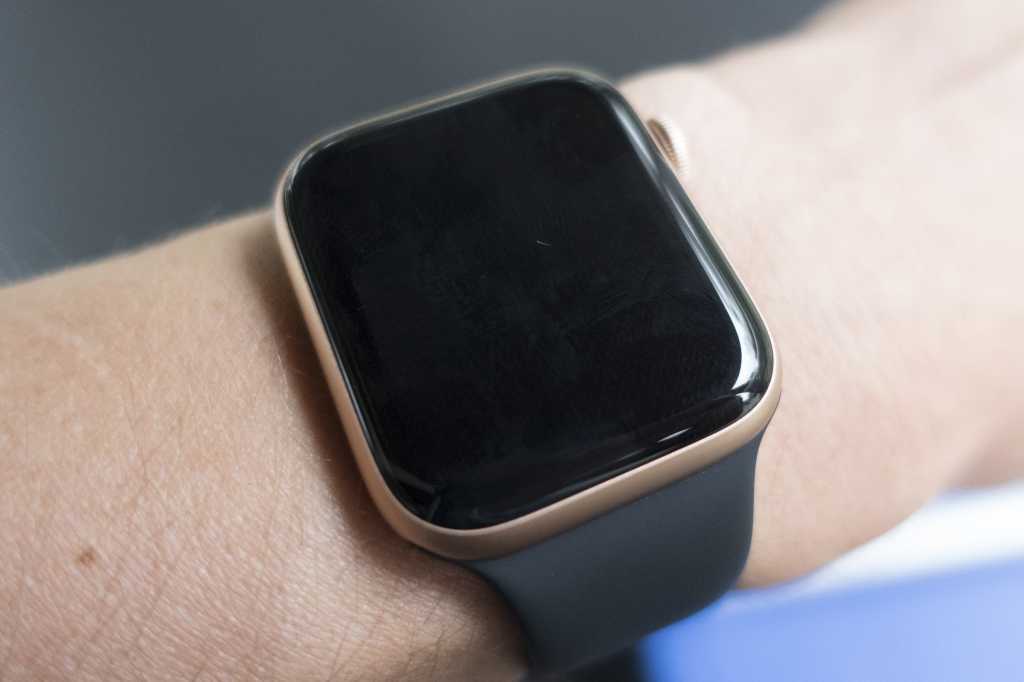 The Apple Watch SE is a very good mid-range smartwatch, but it’s going to feel very outdated before you’re ready to swap it out.

The Apple Watch SE isn’t quite the iPhone SE of Apple’s wearable line. While it does have a starting price tag that’s about 30 percent lower than the flagship Series 6 watch, the Apple Watch SE doesn’t have the latest processor or an outdated design, nor is it the cheapest Apple Watch you can buy. That puts it kind of in no man’s land for now, an unenviable position for a product expected to move the needle.

But you’ll be very happy with the Apple Watch SE if it is your first smartwatch. It has all of the features you want in a modern smartwatch—a big screen, next-gen sensors, swappable bands, good battery life—at a price that probably won’t break your budget. Aside from the new exclusive red and blue colors you can only get with Apple’s flagship watch, the Apple Watch SE looks identical to the Apple Watch  Series 6 and can be outfitted with any of the new Solo bands.

If you can get a Solo band that fits, that is. I ordered a Solo Loop with my Apple Watch SE using Apple’s online printed sizing tool. It clearly said I needed a size 9, but it’s too big on my wrist, so Apple is swapping it out for a smaller size. I’ll write about it when I review the Apple Watch Series 6, but the band’s material is very soft and nice, and the stretchiness seems like it won’t get worn out too quickly.

A watch for now, not later

It’s weird to start a review by writing about what a product doesn’t have, but the biggest detriment to buying one isn’t the lack of an always-on display or next-gen sensors, it’s future-proofing. Assuming you’re likely to keep your Apple Watch SE for at least two years, when you’re staring at a blank screen on your wrist all day in 2022, the Apple Watch SE’s often-off display is going to feel antiquated.

The lack of an Sp02 sensor will seem equally glaring, as well. While it’s not surprising to see the Apple Watch Series 6’s marquee feature left off its more-affordable doppelgänger, blood-oxygen sensing is quickly becoming an essential health metric. Fitbit has shipped trackers and watches with Sp02 sensors for years, and while there is still a ways to go before smartwatches sensors can be as accurate as an over-the-counter pulse oximeter finger clamp, the algorithms will no doubt improve over the next few generations.

In the age of COVID-19, Sp02 is becoming extremely important for tracking impending illnesses even before symptoms show. According to recent studies, the information from an Sp02 sensor can be invaluable for detecting and treating COVID and similar respiratory illnesses, as well as track any possible lingering breathing issues. It could become as indispensable as a heart-rate sensor as sleep tracking matures.

Working while you sleep

Speaking of sleep tracking, the Apple Watch SE is one of the first Apple watches to support sleep tracking out of the box as part of watchOS 7, and it does it well enough for a first-gen feature. It’s nowhere near as detailed as a Fitbit tracker and with the same 18-hour battery life as previous Apple Watches, you’ll need to plan your day and night accordingly to make sure you don’t run out of juice overnight.

But it’s a good if not overdue addition to the Apple Watch feature set. Results are delivered quickly upon waking, but without something like Fitbit’s Today app to collect your daily stats, you’ll need to visit the Sleep app or the Health app on your iPhone each day to get your results. There isn’t even a complication yet that will display your sleep time, only a shortcut to the app.

Sleep tracking goes hand-in-hand with iOS 14’s new Sleep Schedule and Wind Down features, with a goal of getting you to develop a proper eight-hour sleep routine. There isn’t much on the way of insight into how you’re sleeping, however, so at the moment it’s more about the quantity of sleep than the quality of it.

The other watchOS 7 improvement that’s a bit of a letdown is handwashing. It’s supposed to automatically sense when you’re washing your hands and other feedback to make sure you continue scrubbing for 20 seconds. That’s an important feature for these post-COVID times, but the Apple Watch SE rarely recognized the start of a hand-washing session. Your mileage will definitely vary but my notifications were so infrequent, I initially thought the feature was turned off. In several days wearing the watch, it only worked as it should once.

Fast enough, wherever you go

The Apple Watch SE uses the prior-generation S5 dual-core processor, but it’s still plenty fast for what it needs to do. It runs circles around the Apple Watch Series 3’s S3 chip, and in particular, the clock face appears very quickly when you raise your wrist, which nearly compensates for the lack of an always-on display. I doubt anyone will be able to tell the difference between it and the S6 in the Apple Watch Series 6.

The Apple Watch SE has all of the new faces and complications launched with the Apple Watch Series 6, with the obvious exception of blood-oxygen. My favorite look is the highly customizable Stripes face, though it’s a bummer that complications are only available in the decidedly less-immersive circular version. The new always-on altimeter makes for a neat complication to see your elevation in real-time and it works incredibly well, though unless you’re hiking, it’s not all that useful. (Case in point: As I write this I’m 113 feet above sea level.)

LTE on the Apple Watch SE was plenty reliable when roaming out without my iPhone, and the speed of the processor made the whole experience feel just as responsive as if I was over Wi-Fi. The Apple Watch SE’s cellular connection is as smooth as the one on my iPhone and the best I’ve ever used in a wearable. Downloading apps is fast, as is streaming music and sending texts. And switching between Wi-Fi and LTE is just as seamless as it is on my iPhone.

Using a cellular connection does have a measurable impact on battery life, but Apple makes sure you get a full day out of the Apple Watch SE regardless of where you are. I routinely bested Apple’s 18-hour battery estimate, even with sleep tracking on. We’ve reached the point now that Apple is clearly content on delivering single-day battery life until a breakthrough triples or quadruples it. But until that day arrives, the Apple Watch SE’s battery is good enough.

Charging is the same as its always been—it’ll take about an hour to get a decent amount of juice—and the lack of wireless charging or fast charging (which is available on the Apple Watch Series 6) is starting to be a real detriment. Wearing it to track sleep will require some creative scheduling to make sure you don’t run out overnight, but once you get into a charging routine, keeping your watch going all day and night won’t be too much of an issue.

Should you buy an Apple Watch SE?

Apple Watch Series 6 is another story. The Apple Watch SE is a very good smartwatch, but it’s missing the most modern health-tracking features and an always-on display. That makes the SE feel a little more cut-rate than it should and presents a strong case for making the leap to the Series 6. I’d almost prefer it if Apple had gone the iPhone SE route add added better specs to the Series 3’s square display at a $199 price tag. Then it would at least feel like a bargain.

If you want LTE, a feature that’s suddenly a lot more useful thanks to Family Setup, the decision is even murkier. For whatever reason, it’s only $50 extra to get the LTE version of the Apple Watch SE rather than $100 on the Apple Watch Series 6, so you can get a fully equipped cellular wearable for $329, $170 less than the comparable Series 6. That’s a big savings, especially when you factor in the activation fees and monthly recurring charges that drive the price up even higher.

My recommendation is to buy the SE if you fit any one of these statements:

Update 9:25am ET: Added links to the Apple Watch Series 6 and Series 3.