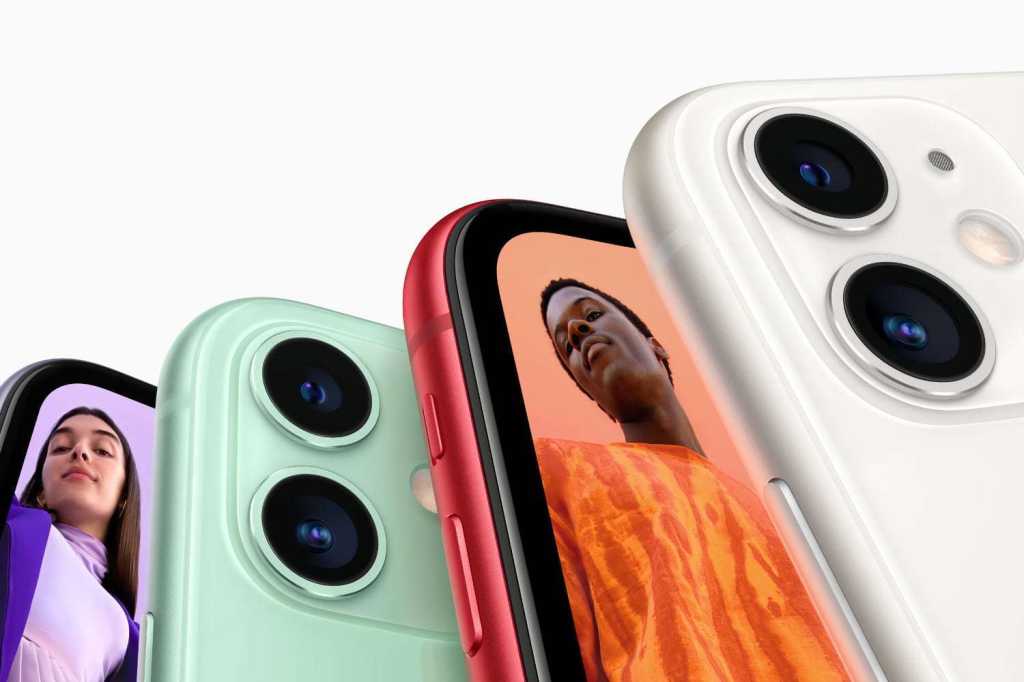 After a month-long delay that moved it from its traditional September time slot, the annual iPhone event is almost here. On Tuesday at 10 a.m. PT, Apple will kick off its “Hi, Speed” event and we’ll get the first official look at the iPhone 12.

But as usual, very little about it is unknown. We’ve been hearing rumors about the iPhone 12 for over a year now and a pretty complete picture of the new handsets has emerged over the last few weeks. So if you like surprises, stop reading. Otherwise, here’s what you can expect to see.

The iPhone hasn’t really changed much since the home button-less iPhone X landed on the scene with a four-figure price tag, but the 12 looks to shake things up a bit. Instead of the curved edges that we’re used to, the iPhone 12 will reportedly adopt a “flat” design reminiscent of the iPad Pro. Renders show a design somewhat reminiscent of the iPhone 5, with slightly squarer corners and completely flat edges.

And if you were hoping the notch would be going away, you’re not going to be happy. While early reports suggested that it would be smaller or perhaps disappear completely, the latest rumors say the notch will be the same size as it is on the iPhone 11.

The bezels around the screen might be a touch smaller, however. According to leaked schematics, the bezels on the iPhone 12 Pro Max will shrink “by about 40% on all four sides, from 2.5 mm to 1.5 mm.” A millimeter might not sound like much, but it should make a huge difference.

As far as colors go, we’ve heard the Apple is working on a new navy blue color for the iPhone 12 Pro to replace last year’s Midnight Green, possibly called Midnight Blue. As far as the non-Pro iPhone 12, the rumor mill is less certain of what to expect, but light blue, violet, and orange have been floated, which just so happens to match the hues on the invite. A more recent rumor from Weibo leaker Kang suggests somewhat tame colors: black, white, red, blue, and green.

Also, the sizes are allegedly changing. While the iPhone 12 will likely be 6.1 inches like the iPhone 11, the rest of the lineup will be very different. According to numerous rumors, the 5.8-inch Pro will also be 6.1 inches this year, while the 6.5-inch iPhone 12 Pro Max will be growing to 6.7 inches. And a new 5.4-inch iPhone 12 mini model will reportedly be joining the lineup as well. Here’s how it should shake out.

It’s also possible that the Pro models have 120Hz ProMotion displays for faster scrolling and smoother video. While rumors have been all over the place, Max Weinbach on Twitter recently reported that battery life is the biggest obstacle Apple has to overcome, a sentiment echoed by Jon Prosser, who doesn’t believe Apple figured it out for the iPhone 12.

The tag line for Apple’s Tuesday event is “Hi, Speed,” so we can bet the iPhone 12 will be getting a speedy new chip. But even without the tagline, it was a pretty safe bet that the iPhone 12 would be getting the A14 Bionic chip, following the A13, A12, A11, etc.

Apple actually already debuted the new chip in the iPad Air, so we know a bit about it. It’s built on a 5nm process, so it’s more efficient and powerful, with a six-core CPU that is 40 percent faster than the A12 Bionic. Additionally, a 4-core GPU delivers graphics speeds that are 30 percent faster than the A12. And the next-generation 16‑core Neural Engine can process 11 trillion operations per second, Apple says, resulting in a 2x increase in machine learning performance.

So yeah, it’s pretty fast. And Apple likely held back some of the finer points of the A14 for the iPhone launch as well, so it could be even faster and more powerful than we think. Add to that a new W (Wireless), U (Ultra-wideband), T (Security), and ISP (image signal processor) chips and you’ve easily got one of the fastest portable devices ever made.

We won’t know about the RAM or battery capacity until the inevitable teardown, but rumors aren’t pointing to any huge leaps in either. After all, memory and battery life have never really been an issue with iPhones, but if you’re hoping for a breakthrough, it seems unlikely this time around.

What is likely is a storage boost. All signs point to Apple bumping the base storage to 128GB on at least the Pro models. However, while you’re getting more storage, you’re getting less stuff in the box. Apple is all but certain to dump the charger and the earbuds from the iPhone 12 and include a USB-C-to-Lightning cable as the sole accessory.

The iPhone is basically the only premium phone that doesn’t have a 5G modem onboard, but that’s going to change with the iPhone 12. All rumors point to an all-5G lineup this year, with support for all major carriers in the U.S. and around the world. And with the tagline “Hi, Speed,” Apple basically confirmed it.

Unlike the current wireless networks, which is basically one-size-fits-all, there are two types of 5G at play. Sub-6GHz is the most common variety, which is used by T-Mobile, and delivers speeds that are roughly double that of 4G. The other flavor of 5G is called millimeter wave (mmWave), which is mainly used by Verizon. It’s way faster than sub-6GHz (think gigabit-plus speeds) but also far more limited. Most of the places that have coverage are major cities and even there, it’s limited to certain neighborhoods and, in some instances, streets.

Rumors suggest that Apple will be splitting 5G among the Pro and non-Pro lines. The Pro models will reportedly get the fastest possible connections (sub-6GHz and mmWave), while the non-Pro models will only support sub-6GHz. And of course, you’ll need a cell plan that supports 5G.

But the 5G support in the iPhone 12 isn’t so much about the present as it is the future. As networks quickly expand and 5G becomes more ubiquitous, you’re going to need a phone that can take advantage of it.

Even before there were pro models, Apple differentiated its iPhone by both the size of the display and the capability of the camera. That isn’t likely to change with the iPhone 12. According to reports, the iPhone 12 and 12 mini will have a dual-camera system while the Pro and Pro Max will have a triple-camera array.

The lenses aren’t expected to vary much over last year’s models, either. According to rumors, you’ll get a wide and ultra-wide lens with the regular models and an extra telephoto lens with the Pro. Recent rumors claim the Pro Max could have a telephoto lens as high as 5X optical zoom, which would be a massive boost over the current 2X zoom. Max Weinbach on Twitter also adds that Apple is testing 25x to 30x digital zoom.  Additionally, the higher-end phones will also reportedly get the same LiDAR time-of-flight sensor that Apple introduced with the iPad Pro.

Another rumor from Weinbach says the TrueDepth camera will use a new dynamic zoning algorithm to make Face ID faster and work at wider angles. However, Apple is not expected to change the position of the camera or the hardware.

What we don’t know is how much better the cameras will actually be. Will the telephoto capabilities rival Samsung’s 50X Space Zoom? Will Deep Fusion take another leap forward? Will there be any new tricks like last year’s night mode? We’ll know very soon but you can probably bet that the iPhone 12’s camera will once again blow us away.

While Android phones have seen premium pricing attached to 5G, rumor has it that Apple won’t be changing the iPhone 12 pricing much, according to rumors. The 6.1-inch Pro will reportedly still start at $999 but with 128GB of storage versus 64GB, and the 6.7-inch Pro Max will retain its $1,099 price, also with extra storage.

At the low-end, Apple is rumored to shake things up a bit more. The iPhone 12 will reportedly jump to $799 while the iPhone 12 mini slides into the $699 slot. Both phones will ship with 64GB of storage.

As far as when you can buy one, it’s shaping up to be a split release, not unlike the launch of the iPhone X in 2017 and the iPhone XR in 2018. Rumors say that the iPhone 11 and iPhone 11 Pro with weeks of the event, while the iPhone mini and iPhone 12 Pro Mac could be delayed till November.