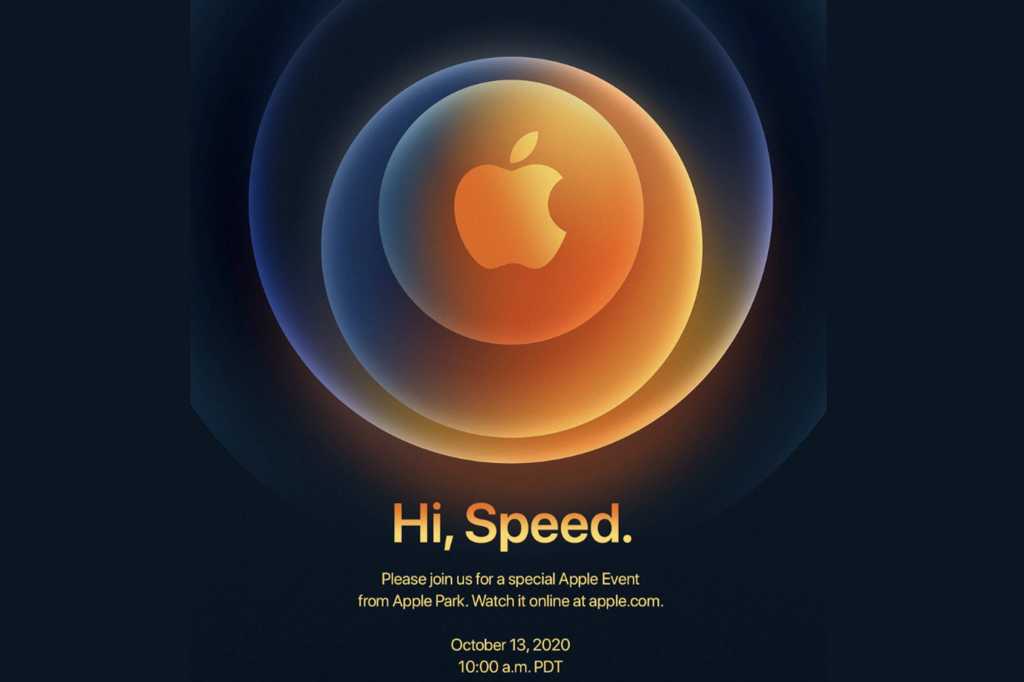 At long last, Apple has sent out invitations Tuesday to a “special Apple event from Apple Park” on October 13, when the long-awaited iPhone 12 is almost certain to make an appearance along with a few other surprises. Like all of Apple’s 2020 events, the event will be virtual and streamed to everyone via Apple’s YouTube channel, Apple TV, and Apple’s Events website at 10 a.m. Pacific.

The event invitation uses the tagline “Hi, Speed,” which is a thinly veiled reference to the new A14 chip that will power the new phones. Apple unveiled the new processor in the iPad Air at its September Apple Watch event, but it has yet to begin shipping its new tablet. So there’s a lot we don’t know about the new chip that will presumably power the next round of Macs as well.

Along with a new processor, the iPhone 12 is expected to introduce a new design with flat edges to mirror the iPad Pro and come in four models: a 5.4-inch mini, 6.1-inch regular and Pro models, and a 6.7-inch Pro Max. Additionally, all models will reportedly support 5G networks and have OLED displays as well as upgraded cameras.

What we don’t know is what else is coming. Apple could use this event to show off its newest Macs as well as AirTags, a smaller HomePod, a new iPad Pro, or over-ear Studio AirPods. Most of these products have been rumored for some time, but the coronavirus has disrupted many of Apple’s usual plans. For example, the iPhone is delayed by about a month from its usual September slot.

Apple also could also hold a third fall event later in October or early November dedicated to the Mac transition to Apple processors. When it announced the move to its homegrown silicon, Tim Cook said Apple planned on launching a new machine before the end of 2020.