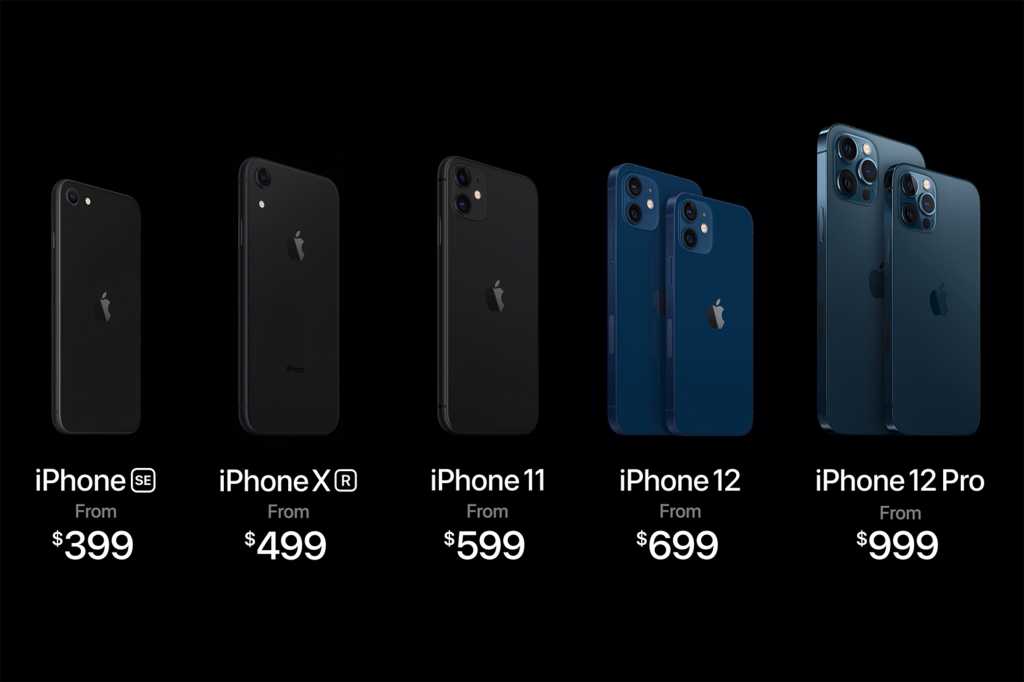 In case you missed it, Apple has four new iPhone 12s to sell you. But the lineup is even more confusing and treacherous than the addition of a single extra model.

Let’s start with the iPhone 12 and iPhone 12 mini. Compared to the iPhone 11, you get a new smaller option, 5G, better cameras, and a thinner design, with pricing that’s pretty much in line with last year.

Here are the prices with a “customer discount” through the four major carriers—Verizon, T-Mobile, Sprint, and AT&T—which require an activation fee of $25 or $30, so you’re not actually saving anything:

Maybe now we know why Apple trotted out a Verizon exec during the iPhone event to help launch the iPhone 12’s 5G capabilities. What’s even odder is that the pricing duplicity doesn’t apply to the Pros. You can get either the standard 6.1-inch Pro or the 6.7-inch Max for the same starting prices as last year with double the storage, and the tiers have decreased by $50 across the board to reflect that as well.

However Apple wants to spin this, it’s very out of character for an iPhone purchase. Apple is one of the few companies that doesn’t play carrier games, but that’s changed with the iPhone 12, and it’s a bit of a bait-and-switch tactic that might not sit right with longtime fans.

And that’s not all Apple is also still selling the iPhone SE for $399, as well as the iPhone XR and iPhone 11, both of which got a price cut. And to make matters more confusing, none of these phones include a power adapter or earphones anymore, only a USB-C-to-Lightning cable.

Put it all together, and Apple is selling 26 different iPhone pricing tiers, and the phones no longer include an adapter or earphones. With so many options, you might not realize you’re paying more than you should (or at least more than Apple advertises) for an unlocked iPhone 12.

Got all that? Sure the new iPhones may be faster than ever, but they’re also a confusing minefield of pricing pitfalls and options. Remember when buying a new iPhone was simply a choice of which color you wanted?