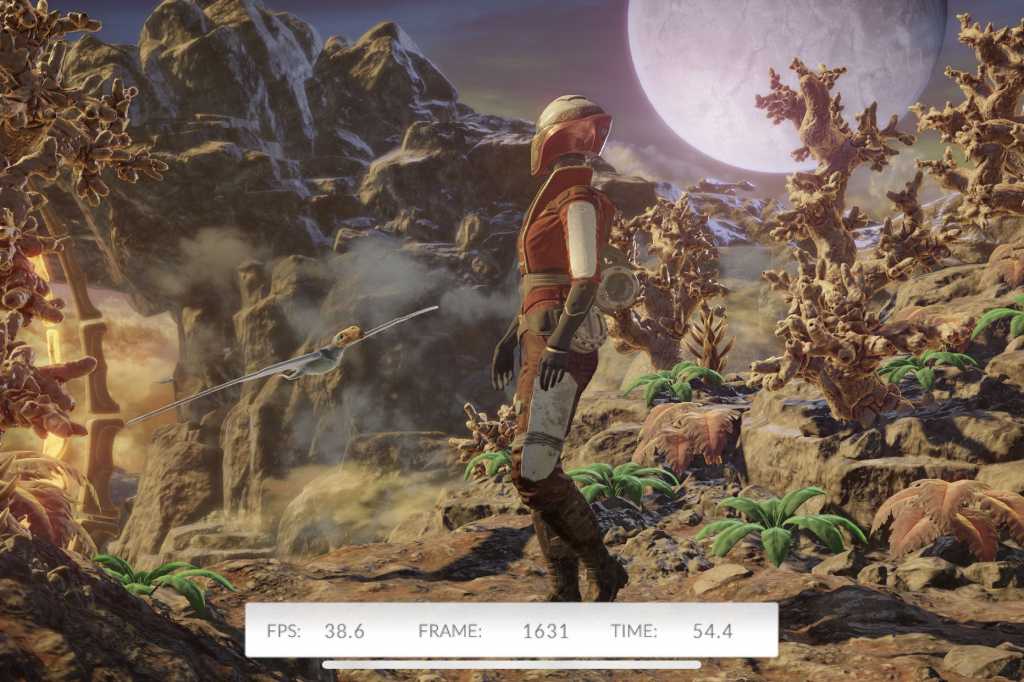 Underwriter’s Laboratories has just released a new 3DMark Wild Life benchmark, and we couldn’t be happier. There’s a distinct lack of reliable graphics benchmarks on iOS/iPadOS.

Sure, you can find lots of “GPU” performance measurement tools for iPhones and iPads, but the vast majority of them measure GPU compute performance rather than the actual display of 3D graphics. It puts a totally different kind of stress on the GPU and memory subsystem of your device.

Thus, we’ve been trying to stick with 3DMark’s prior benchmarks— Sling Shot and Ice Storm—when measuring the performance of iPhones and iPads. Neither one of those have been updated since 2016, and they have stability problems on modern devices. What’s more, they use outdated graphics engines and rendering techniques, and don’t represent the state of the art in realtime 3D graphics and games.

This will only take a minute

The Wild Life benchmark only lasts for one minute, running through a variety of detailed and busy sci-fi scenes. It will be our policy to run the test at least three times to weed out any strange outlying scores. As with previous 3DMark benchmarks, this one is cross platform, available on iOS/iPadOS, Android, and Windows. Unfortunately, there is no Mac version.

On Windows and Android, the test uses the new and efficient Vulkan API. On iOS, it uses Apple’s Metal API. On all platforms it renders the same scenes with the same graphics engine at the same detail level, with the same lighting and effects, so that results from different platforms can accurately compared against each other. It renders the scenes at 2560×1440 and then scales to the display resolution. For more info, see the 3DMark technical whitepaper (PDF link).

There are three benchmark modes. The normal mode runs for one minute and gives you an overall score and an average frames per second result, along with useful charts of the frame rate over time and how your device compares against others.

The Unlimited mode renders off-screen, to remove the bottleneck of vsync or display scaling performance. It’s a way to test the maximum potential of the silicon in your device without anything holding it back. You get the same data, but can expect generally higher results.

Finally, there’s a Stress Test mode that runs through the minute-long benchmark 20 times in a row. It’s meant to measure how performance of your device degrades over time under heavy GPU and CPU use as everything gets hot. Rather than a single result, you get a bunch of useful charts showing battery drain and performance over time, so you can see how well your device stands up to extended high-end gaming.